Apple had a lot of announcements yesterday, but the one that caught my attention was the new Apple Watch 2. It now includes GPS, waterproofing, and even a model cobranded with Nike, showing that Apple has the fitness market square in the crosshairs. These are all welcome improvements, but will it have an impact in the crowded fitness tracker/fitness watch market? 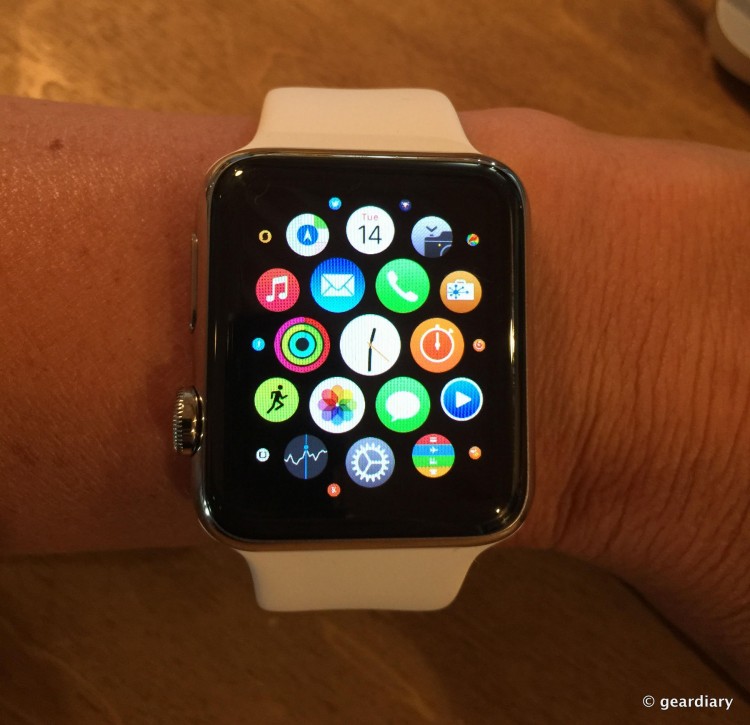 Let’s start by eliminating one group that won’t be buying an Apple watch: the budget conscious folks have a plethora of options available to them that offer many of the same fitness benefits without the cost of the Apple Watch 2. You can track steps and basic activity on a tight budget with a Misfit Flash, and for under $150 you can add in heart rate monitoring with Fitbit’s Charge HR and Charge 2.

If GPS is more important to you, Garmin has several options, including the Forerunner 25 for only $139.99/$169.99 if you add the heart rate strap. Polar and TomTom offer a number of watches in the same price range, also with entry-level fitness tracking/GPS devices. Both the Fitbit and Garmin devices have basic “smart” notifications, so while they’re fitness first, smartwatches second, they do provide a smattering of extra features, all for far less than an Apple Watch.

On the other side, I don’t see endurance athletes who are out hiking, running, or biking for hours jumping on the Apple Watch 2 either. This comes down more to battery life than cost, because the Apple Watch 2 has a promised battery life of 18 hours in total, with no mention of how GPS impacts the length. Someone who is planning to spend several hours outdoors is more likely to opt for the Fenix 3 or the Polar V800; the Garmin offers up to 20 hours of GPS mode battery life, while the Polar offers up to 13 hours. Both have much longer standby times than the Apple watch, and both offer multisport tracking and other features that are important to endurance athletes.

And for athletes who are willing to spend serious money and want big features, there’s also Suunto. Basically, the Apple Watch becomes the cheaper (and less full-featured) option when you get into the truly high-end sports watch market, and the demands of that market far outstrip what the Apple Watch 2 can handle as of now. If you’re running a fairly long race (a marathon, ultra-marathon, 1/2 or full Ironman, etc), the last thing you want is for your watch to conk out at the 4 hour mark because the battery couldn’t handle more than that on GPS, and Apple’s utter silence on projected GPS battery life speaks volumes, and not in a good way.

However, in between the very budget-conscious and the very athletic is a squishy middle, and that’s where Apple is likely to excel. This includes casual runners, cyclists, swimmers, and hikers, the people who might go out for an hour or two but aren’t relying on their watch to last for hours and hours on GPS. These folks might have previously owned an Apple Watch but also had a Garmin Forerunner 25 for their runs, or maybe they didn’t get an Apple Watch but planned on it once GPS was included. Apple Watch 2 offers all the features that this group needs, plus a full smartwatch.

It’s likely going to really hurt companies like TomTom, who have focused in on storing music in their watches as a differentiator. An Apple Watch can hold 4GB of music, and when you add in GPS, it has truly become an “all-in-one” for a casual athlete. That changes the pricing math quite a bit; suddenly this isn’t just a $369 watch, it’s a device that can replace your existing $150 device, or allow you to run without being tied to a large phone.

I asked the Gear Diary team their thoughts, and Greg was kind enough to email me what he was thinking. His thoughts tie in well with my theory about casual athletes benefiting more than any other from the new features of the Apple Watch 2:

“After watching the Apple keynote yesterday, and realizing exactly what I thought in my expectations of what would happen coming true with the iPhone I was actually surprised by the Apple Watch… mainly the water-resistant feature, and the implication of Nike having their exclusive watch. At first I could care less because I figured the only portion of the watch I’d want would be the band, but unfortunately Apple knowing this made it exclusive to that watch. Other sport watch companies wouldn’t do this which irked my nerves a bit.”

“Compared to the current market of smart phones, at least to me I feel like Apple has caught up and are officially a footprint ahead of the competition. Now this may be my bias, or me being scorned by always being a year or two behind in technology with the iPhone until recently, but with Tim Cook and the Apple team focused on health, it seems as though they take a little from the competition, make it better, all the while adding elements, or companies that have a firm grip on smartwatches (Nike Fuelband). I guess it’s truly easier to join them, then attempt to beat them.”

If we assume the Apple Watch 2 will be successful in capturing the attention of the fitness market, it seems to me that it’s most likely going to trigger a contraction in other GPS watches. Garmin offers 15 watches for less than the Apple Watch 2, and many of them have simple subtle differences from each other. It wouldn’t shock me to see Garmin trim that down and focus their efforts into clearer areas, splitting between the wearables and the budget-friendly crowd, and the more hardcore athletes that value the Fenix line. Likewise, Polar offers several wearables and low-end running watches, and these will likely be trimmed as well. TomTom is an odd duck, in that they were late to the GPS watch game and only offer a few devices, so it’s hard to gauge what they might change.

I’ve avoided touching on Fitbit much because I think they fall into an entirely different category than GPS watches. They have their own following and brand recognition, and they’re moving towards adding more sports-related tracking to their passive wearables. If anything, the Apple Watch 2 is just going to nail the coffin tighter over the Surge, which never really received much love from Fitbit and has mostly hung around to fill the “look, we have a GPS watch too!” category.

We’ll see once the reviews come out how the Apple Watch 2 is received, but it seems like it ticks many of the boxes that held them back from the fitness market before. Along the way, it puts more of a squeeze on the other GPS watchmakers, which might just translate into better prices on the low-end and more features on the high end…but in the meantime, it’s also going to leave the various players competing for an even smaller piece of a niche pie!