If you’ve visited a large city any time lately, you’ve probably encountered racks of public bicycles available for short-term rentals by tourists and urban residents alike. Where I live here in Nashville, our B-Cycles are red and scattered at dozens of stations around town. 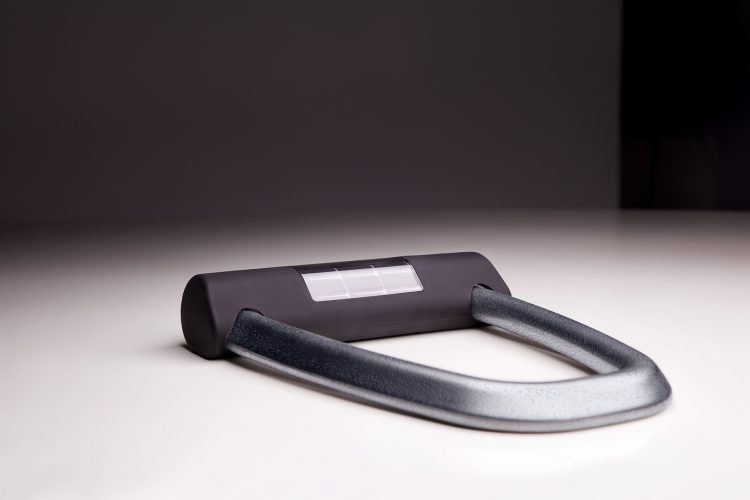 In Washington DC, Capital Bikeshare manages 3500+ bikes spread across more than 400 racks around the district. Manhattan has Citi Bike, Boston offer Hubway, LA has Metro Bikes. All this is to say that bicycle sharing programs are expanding rapidly for many reasons. They help visitors get around metropolitan areas without the expense of renting a car and with the benefit of seeing the city a slower speeds from ground level. The programs take local cars off the roads, even if it’s just avoiding taking your auto out of the parking garage to run midday errands. They also promote better health by encouraging people to pedal instead of driving.

The concept of bicycle sharing programs may be about to be turned on its head by Lattis, a San Francisco-based company that describes itself as being “focused on improving urban living through intelligent technology solutions.” Their latest solution is an integral component to their new Lattis Bike Share Platform which they are offering for municipalities to consider as they expand their own transportation systems.

This new key cog is the Ellipse Smart Bike Lock, a keyless security system that offers bank-level encryption, anti-theft and crash alerts and promises to make it easier for “organizations to build and manage bike fleet programs at ten times lower the cost of traditional bike share operations.” Here’s how they describe the system in their official release announcement:

Ellipse’s keyless feature gives people the flexibility to lend bikes out to friends and family in a whole new way. Consumers can lend out their bike to anyone in their trusted network while keeping track of it via the Find My Ellipse feature within the app, which pinpoints the location of the last place the bike was locked. This is also a handy tool for riders that have a little trouble finding their bikes between rides.

For bike share members, the Lattis Bike Share platform offers the freedom to pick up and drop off a bike anywhere, a simplified smartphone payment system, as well as all the safety features that come with the Ellipse Smart Bike Lock.

I can definitely see how this will be useful for cities or colleges that want to establish their own bicycle sharing programs, but I can think of a few other instances where it might also be useful. I have friends that operate Airbnb rentals and offer complimentary bicycle rentals as part of their amenities; it would be nice if they could control who would be able to lock and unlock those bikes, plus also be able to know that the bicycles and the riders are safe and secure while they travel around town.

I have a relative that operates a couple of homes for people in recovery, folks trying to re-establish their place in the workforce, often without access to a car. With a system like the Ellipse Smart Bike Lock from Lattis, my relative could offer these people access to transportation while still remaining control over the bike fleet as people move in and out of his houses. While these locks aren’t inexpensive at an MSRP of $199, they do offer security and services that are well beyond the capabilities of most U-locks, and they are certainly better than a chain and combination lock. The Ellipse Bicycle Lock System is now available for purchase online at lattis.io for $199, and the Lattis Bike Share Platform will roll out during the first half of 2017.