This is a sponsored post on behalf of Lenovo. All opinions are mine.

Judie reviewed the Android version of the Lenovo Yoga Book last month and loved it. She just finished using it while covering CES 2017 and has enjoyed it so much that I just ordered one. That, however, is not the only Lenovo product worthy of note.

The Lenovo Legion sub-brand of gaming computers also stands out and is worth a closer look.

Before we dive into the Legion sub-brand of Lenovo gaming PCs, let’s look briefly at why the Lenovo Yoga Book is such an interesting product.

The Yoga Book runs either Android or Windows. A dual-screen portable, one screen is used in the way you would any tablet. 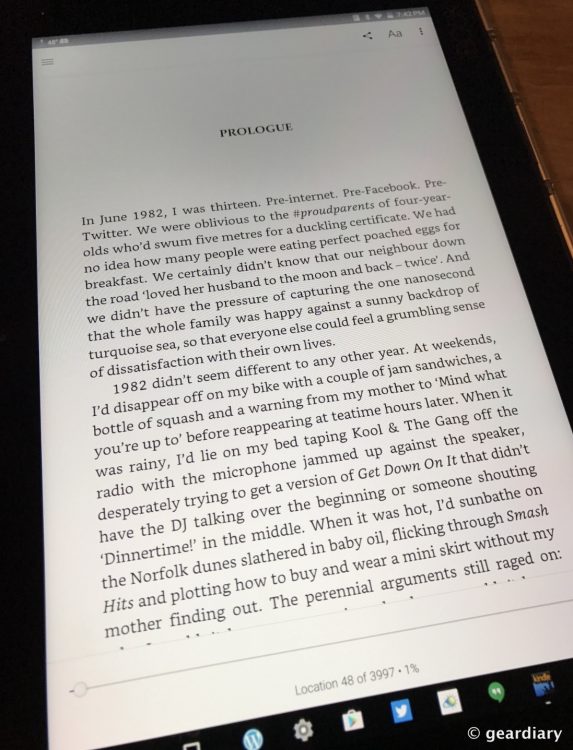 It is a gorgeous touchscreen that is great for reading, browsing, and anything else you might use an Android tablet for. 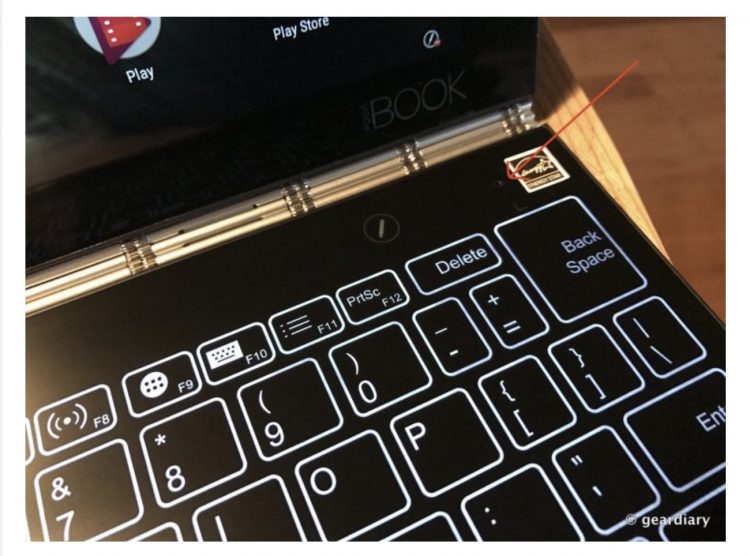 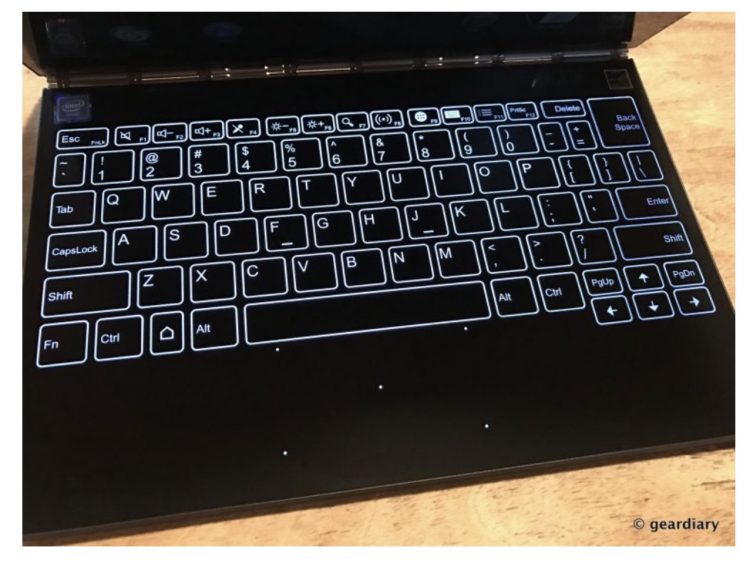 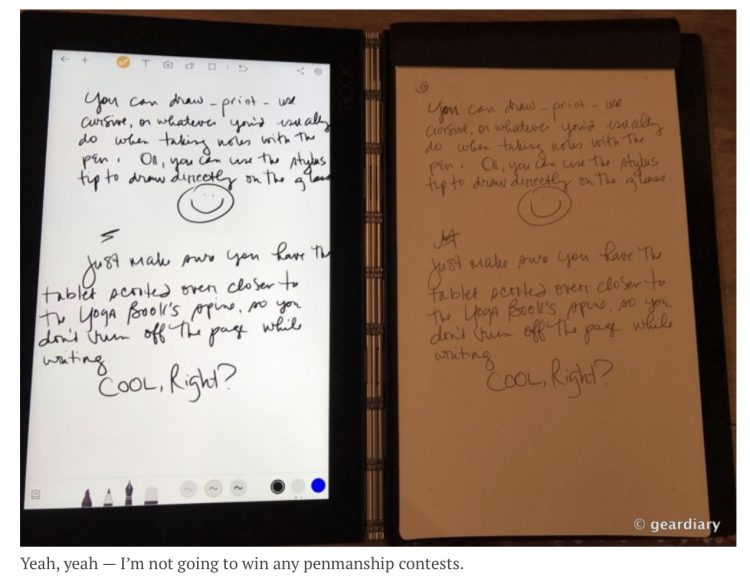 Lenovo ships the Yoga Book with a pen. It can be used with the stylus tip in place and, anything drawn or written on it will appear on the screen in real time. You can also replace the stylus tip with a standard pen tip, put the Lenovo pad on top of the screen and take real, ink notes. The amazing thing is that anything you draw on the paper will also be recreated on the main screen and become digital and, as a result, savable.

Why does this matter? Simple. The other day I had a wedding to officiate, and I spent hours looking for the notes I had taken on a standard pad of paper. One misplaced notebook had me crazed as I looked everywhere for it. (Ultimately Raina found it, but the stress as I looked was tremendous.) With the Yoga Book, I can take real ink notes but also know that they are being saved electronically. I’ll always know where they are. Add in the fact that the Yoga Book is so slim and light that, as Judie put it, you don’t even know you are carrying it in your bag, and … I needed to order one.

Okay, with that out of the way let’s look at the Lenovo Legion sub-line of gaming PCs. 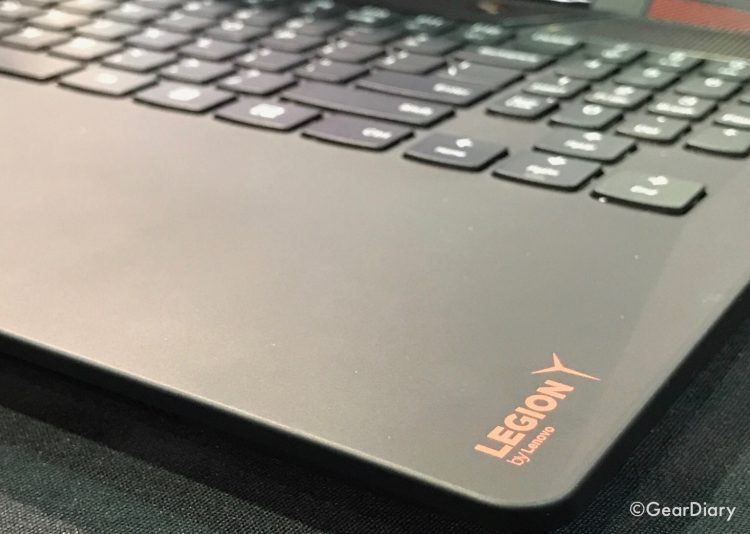 Out of the gate, Lenovo is offering two gaming PCs that are designed for both mainstream and enthusiast players. The Lenovo Legion Y720 and Y520 Laptops are the result of Lenovo speaking with thousands of gamers in order to gain an understanding of what they really wanted… and needed… in a gaming PC. And while the laptops look great, the real power and prowess of them can be highlighted in five distinct areas.

It should come as no surprise that, through discussions, Lenovo learned that gamers want a gaming PC that is fast. In fact, graphics and processor speed were the top features gamers said they wanted and needed in their gaming PCs. So Lenovo gave them what they wanted.

Lenovo Legion laptops are outfitted with up to the latest NVIDIA graphics cards and Intel’s latest 7th Gen Core i7 processors. They also boosted the RAM specs in order to round out the super-fast power of the new PCs. As a result, with the Lenovo Legion gaming PCs:

You can run and stream your favorite game, respond to chat questions and play music all at the same time without a hitch – powered by the two laptops’ 16 GB DDR4 memory. Better yet, the Lenovo Legion Y720 Laptop comes with Thunderbolt™ 3, the fastest port available on a PC today to plug and play at lightening speeds. 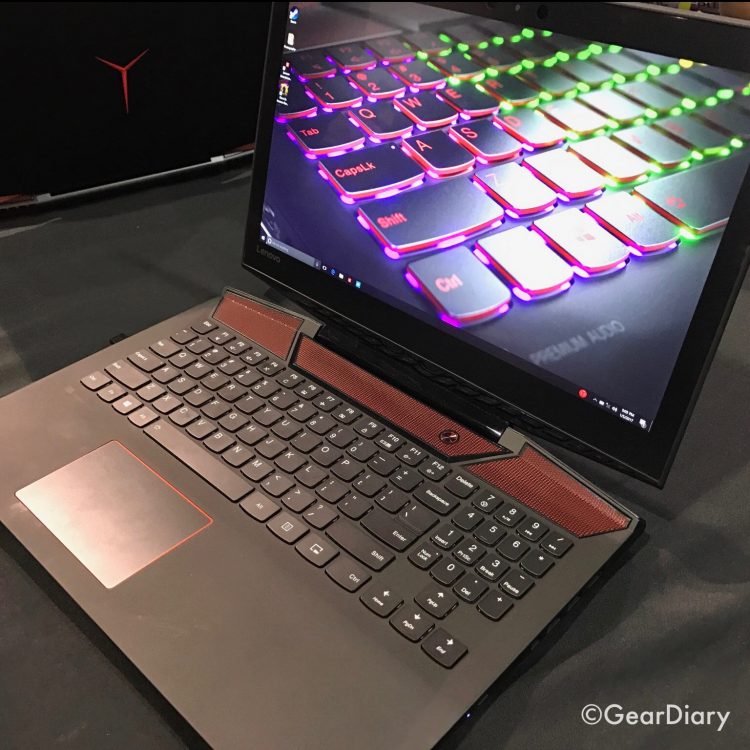 Gamers told Lenovo that the lines between reality and virtual experiences are beginning to blurring and a new gaming PC needed to be up to the challenge such an intersection creates. In fact, Lenovo reports, “many industry insiders agree that VR is shaping up to be the biggest gaming trend for 2017.” The Lenovo Legion Y720 Laptop was built from the ground up with this in mind and, as a result employs the VR-ready NVIDIA GeForce GTX 1060 graphics. You can, “just plug a VR headset into the HDMI port and you’re set for immersive gaming.” 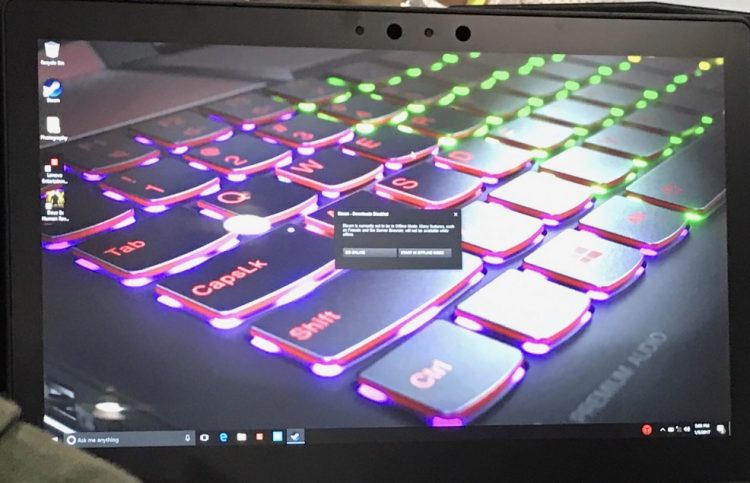 Gamers made clear that pixelation, screen lag and dropped frames often means the difference between seeing your in-game opponent (for the win) or having them see you first (for the lose). Gamers want a screen that is as sharp as possible and Lenovo delivered by using an UHD (3840 x 2160) IPS anti-glare display on the Lenovo Legion Y720 Laptop. That, however, is only half of the equation. That’s why having a good graphics card was also a top requirement when Lenovo spoke to serious gamers. As a result:

Lenovo Legion laptops are designed for gaming in high resolution and frame rates that make it easy on your eyes – thanks to their latest graphics. For an even more immersive visual experience, connect the laptop to one of our 27-inch Lenovo Y27g Curved Gaming Monitors and see things in a whole new way.

Immersive gaming also requires excellent sound in order to make the gaming experience come to life. During their research, Lenovo discovered that gamers are so concerned with the quality of the sound during their play that almost half (44 percent) purchased a new audio peripheral last year. Think about that. Sound is so important to gamers that, even after they had purchased their gaming PC they went out and spent more money to get a peripheral that would deliver a better audio gaming experience. Lenovo figured gamers shouldn’t need to spend more money on top of the initial outlay for their gaming PC, so they designed the Lenovo Legion Y720 Laptop to be the world’s first Dolby Atmos Windows® based PC. What is Dolby Atmos? As Lenovo explains:

Dolby Atmos puts you inside the gaming action with powerful, moving audio that sweeps all around and above you with amazing precision and realism. When playing Dolby Atmos-enabled content and using headphones, you can hear the locations of teammates and enemies in three-dimensional space—bringing an enhanced sense of depth and detail to your gaming experience. It makes the game’s world come alive with immersive sound you can feel, from the roar of a spaceship overhead to the crunch of boots on the ground. With sound coming from every angle, you get a tactical edge when gaming on the Lenovo Legion Y720 Laptop.

Lenovo discovered that most gamers are night owls. That’s not really a huge shock but the research actually showed that most gaming takes place between 6 p.m. and midnight. In order to respond to that Lenovo added an optional RGB keyboard on the Lenovo Legion Y720 Laptop and optional red backlit keyboard on the Lenovo Legion Y520 Laptop. Each makes it easier on the eyes when playing at night. (I’m not a gamer but I’ll take the research at its word.) In addition, the Lenovo Legion Y720 Laptop comes with the option of an integrated Xbox One Wireless receiver that can support up to four controllers simultaneously for times when gaming is in-person and social.

As Lenovo puts it:

The new Lenovo Legion gaming line was born out of our gaming community’s demand for a superior gaming experience. Each product, feature and spec is the result of knowledge gleaned from what our customers want. Lenovo Legion takes gaming to a whole new level of immersive delight, starting with the Lenovo Legion Y720 and Y520 Laptops.