Raina and I love the game Two Dots. It is one of the best time-sucks out there with new levels appearing on a regular basis. Today, though, Two Dots stood tall for fairness and equality and celebrated the American ideals represented by the Statue of Liberty. Too many have forgotten that we are a nation of immigrants;  Two Dots reminds us 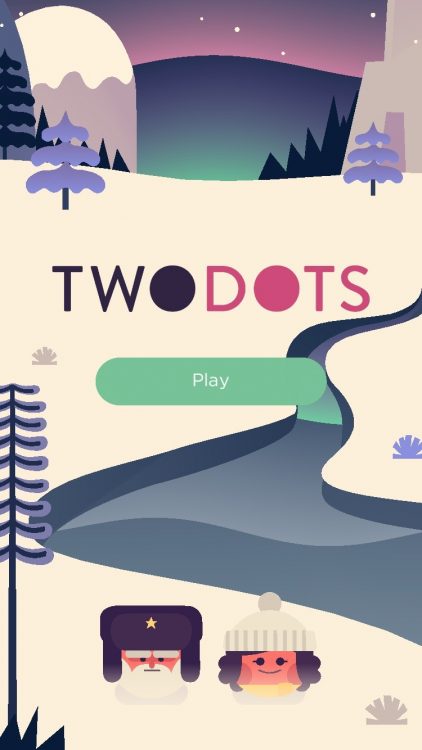 Launching the game is always fun, since you don’t know which new levels will have arrived. But today, two days after a decree from D.C. shut the gate on refugees arriving in the US and banned travelers from a series of different countries with Muslim majorities (except, it seems, several key countries with business ties), Two Dots took a stand.

First, it made a bold statement about who Two Dots creators are and where they stand with regard to civil rights. 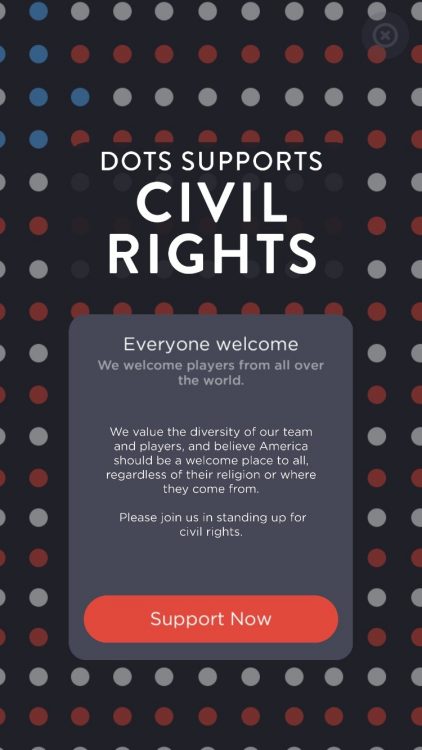 But then they made the point even more profoundly. Because, when you click through on the link it brings you to this … 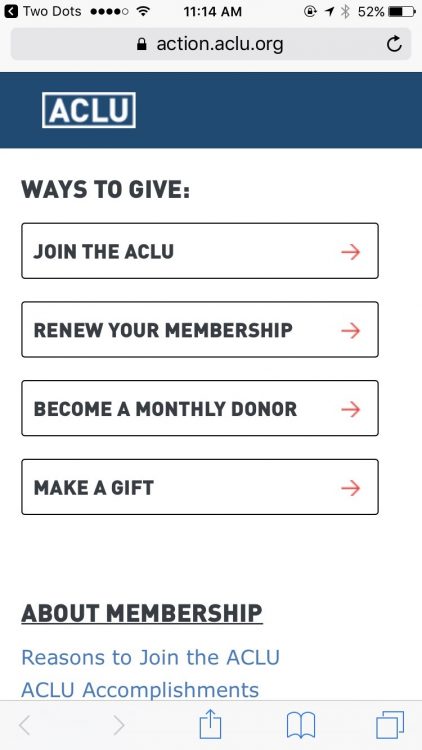 As the grandson of immigrants, I have not forgotten the importance of our nation being one of welcome and opportunity. As the rabbi of a synagogue that, along with two other synagogues welcomed a family of Syrian refugees just days before the new administration took office and is actively looking to help other detained refugees, I am proud to stand with members of my community and be part of the resistance through direct action. And as someone who is heading to a detention center where refugees are currently being held to demonstrate later today, I appreciate the small act of civil disobedience Two Dots offered today. But first, I think I’ll donate to the ACLU.