Are you sick of having your Lightning cable sitting across the room when you want to charge up? Well there’s a cable that is long enough to extend from one room to the other, and promises to never give you short cable woes ever again. 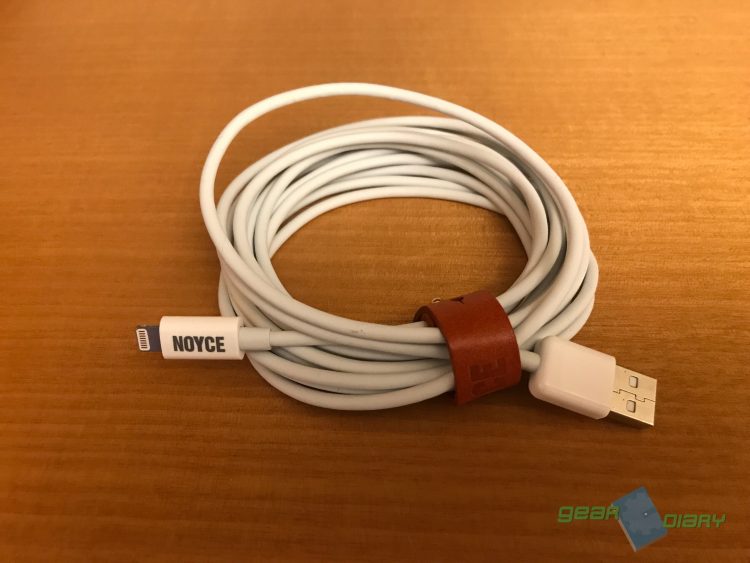 This cable is actually called the Noyce Lightning Cable which is currently the longest iPhone lightning cable on the market today at an impressive 13 feet! Sometimes you get pretty sick and tired of using Apple’s very own cable, especially in a place like a desk at work or living room where you have to sit pretty close to an outlet in order to charge up. I’m happy to say that I’ve had absolutely no problem charging up anywhere I go, including pesky hotels where the only outlet is on the desk area, which is feet away from the bed. 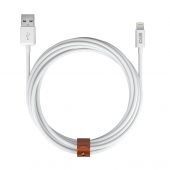 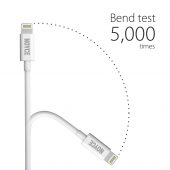 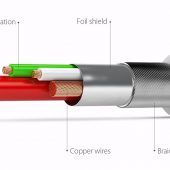 The Noyce Cable by Noyce is stated to be able to bend over 5000 total times without fraying as well, which is really nice considering I’ve killed countless generic brand cables in mere weeks due to their poor build quality. Compared to Apple’s cable even you can tell there’s a bit more effort around the ends of the cable as they’ve added some reinforcement around the USB end and the lighting end that other cables do not have. Noyce even backs their claim by offering up a 12 month full satisfaction guarantee which gives you either a replacement cable or your money back. 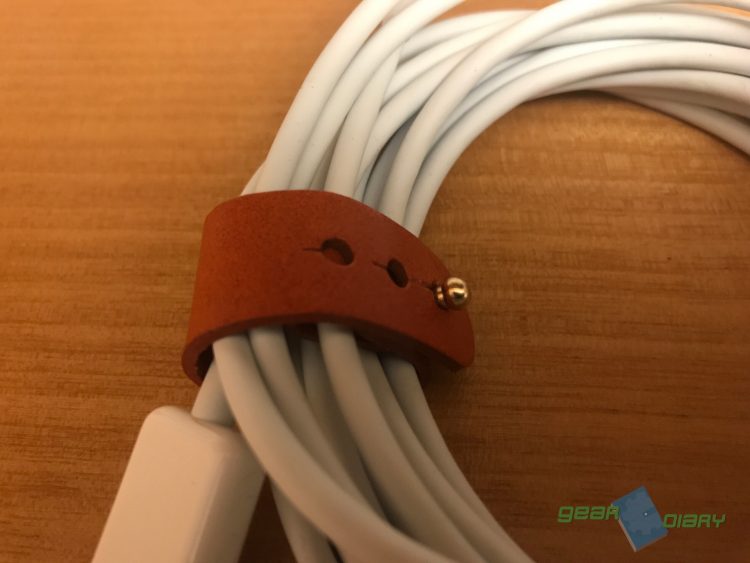 Saying that to say this, the cable is pretty lengthy at 13 feet which means when you’re traveling, you don’t want to result into poorly wrapping up the cable before tossing it into a bag, so Noyce was kind enough as to include a leather tie that keeps the cable neatly wrapped for when you’re on the go. I’ve been using this cable over the course of the past month and I absolutely love it. If I could change anything, I’d probably ask for a black version because the white tends to get worn marks after frequent trips in my bag, but outside of that, it’s been working perfectly fine. Currently on Amazon, you can purchase one for yourself for $19.90.

What I Like: Leather tie keeps cable neat, and the tip of the lightning port works with virtually all my cases