Here at Gear Diary, we’ve reviewed hundreds of various headphones from many companies, but one constant thing I’m asked about is the ones that I use currently, where exactly do I sit them when they aren’t in use? The answer is Elago’s H Stand. 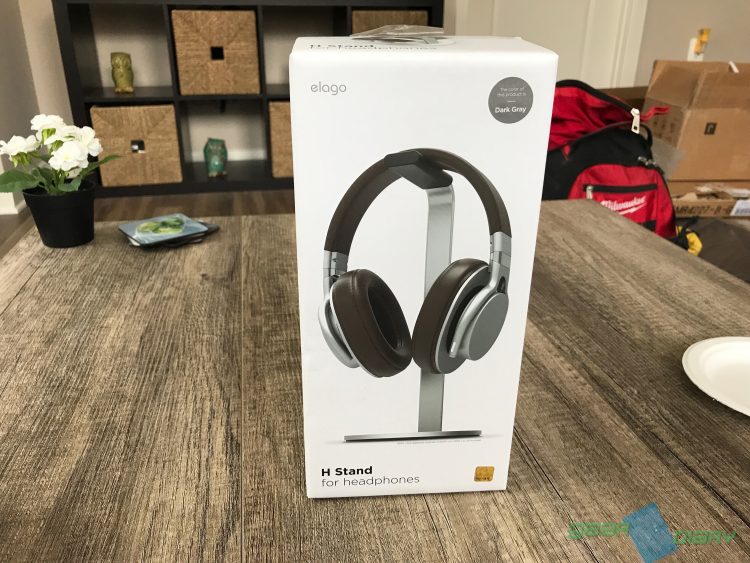 A premium headphone stand at a modest price of $34.99 is the Elago H Stand. Available in Dark Grey, Champagne Gold or standard Silver, the H Stand is about as simple as it gets in terms of a place to rest your cans when they aren’t in use, but that’s certainly not a bad thing at all. I’ve used headphone stands that charge up the headphones, stands that I can fold and travel with, and even one from Amazon that included a mannequin head, which I admit was a bit daunting to look at night when typing away an article. 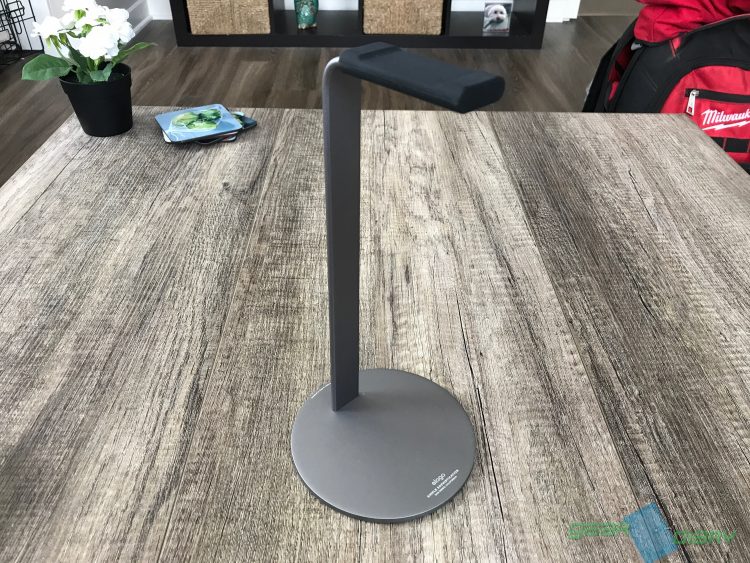 The scratch resistant H Stand has a silicone base that will prevent from sliding, as well as eventually damaging your desk. Other headphone stands tend to stick with just the aluminum base, which not only tends to move but can damage any surface over the course of time. Also made of silicone is the headphone holder, which means your headphones will not slip or maneuver if you happen to bump your desk or nightstand which I think is great, considering sometimes I tend to put more than one headphone on a single stand. One big thing I also love about the H Stand is its ability to fit gaming headsets and their mics as well. At 10.5 inches in high, you don’t have to fold down your gaming headsets in order for them to sit up when not in use which is great if you just want to stow away your headsets after endless hours. 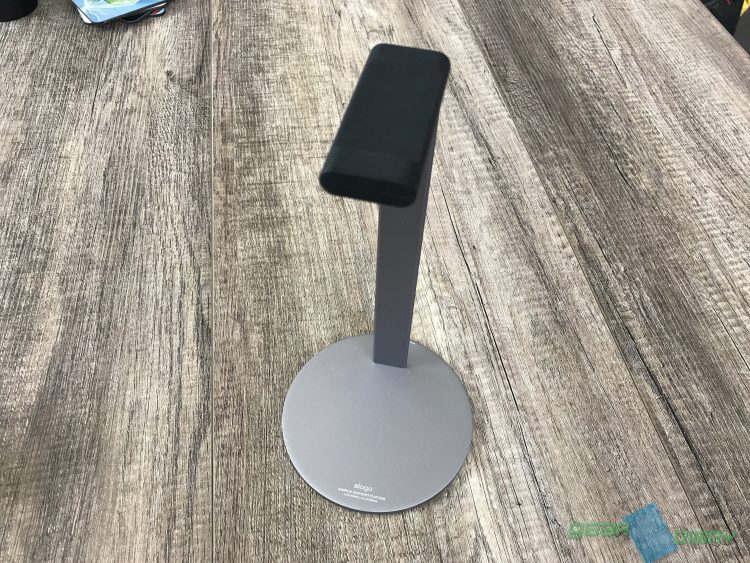 One thing that did bother me a bit though was the unnecessary branding on the base of the Elago. Since my desk setup is black with accents of Space Grey products to match my MacBook Pro, most, if not all of the products in my setup don’t have excessive branding immediately. Elago put their logo on the top of the base, where it would’ve been perfectly fine on the bottom. I think it would’ve given the headphone stand a bit more flair just not having this. 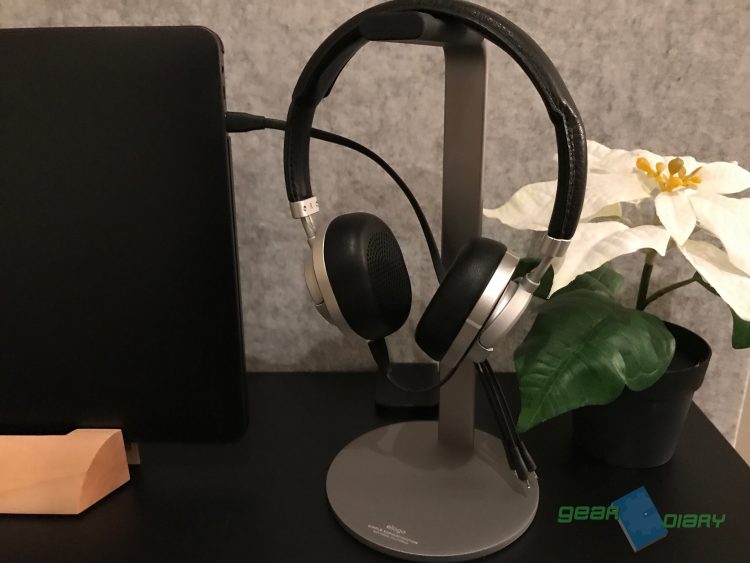 If there was a way that Elago could improve on the design, however, would have to be possibly adding a cable wrap to the back of the H Stand. Not everyone uses Bluetooth headphones, and for those of you who don’t prepare to have your cables dangling at your desktop. This could also be solved by wrapping your cables up, but even in that case, it just looks a bit better to have the stand include wire wraps. Despite that, the H Stand is practical, looks impressive, and is just affordable being less than $40. If you’re a Mac user, you can’t go wrong since they’ve made at least two main colors for MacBook’s people use, which is always nice.

For more information on the H Stand by Elago, head over to their site today.

What I Like: nice addition to your desk and the rubberized bottom prevents sliding

What Needs Improvement: Cable management would be really helpful.