With pools opening up this week, and just in time for Memorial Day weekend, chances are you’re going to want a protective case on your iPhone while you’re Ocean or poolside. If you haven’t had the opportunity to check out the Catalyst waterproof case for the iPhone 7 and iPhone 7 Plus here are a few reasons why you should. 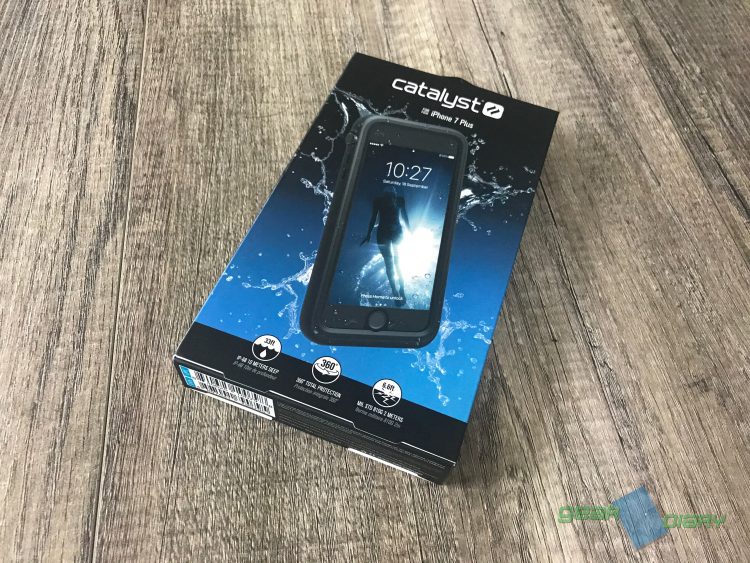 Catalyst sent us over their Waterproof case for the larger iPhone 7 Plus in black, and over the past month I’ve been testing it over the past couple of weeks and I’ve been absolutely floored by how streamlined the case is, as well as how protective it has been. Compared to the 6 Plus model I reviewed a while back, the iPhone 7 Plus rendition of the Catalyst case adds some elements that improve on some of the more common gripes with prior models but adds a level of protection that is currently unmatched on the truly “Waterproof” case market today. 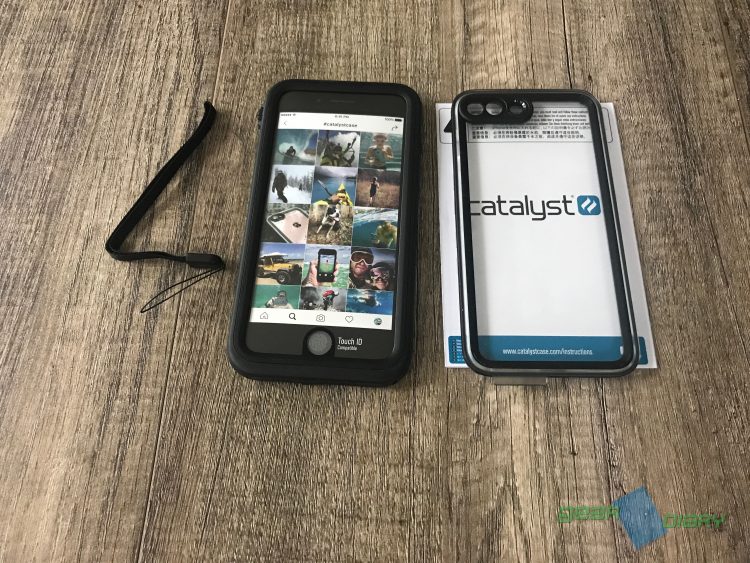 At $89.99, Catalyst is the impact-resistant polycarbonate case that is not only waterproof for up to 10m or 33 feet, that makes it the only case on the market to go up to three times deeper in water for longer than a naked iPhone 7 Plus. While most of us don’t deep-sea dive, the fact that Catalyst stands by this by individually testing every single unit by hand goes without saying. On top of that, if you are infamous for dropping your phone either on its side or on its face, you’ll be happy to know that the Catalyst meets the military standard drop/shock protection for up to 6.6 feet (2m). Our friends over at MobileReviews-Eh.Ca reviewed the Catalyst case and after doing a host of different tests on the Catalyst, labeled it as the “Best 360-degree protection case” as of right now, and honestly, we would have to agree. Here is an in-depth video of their testing of the Catalyst:

While we haven’t been able to get poolside quite yet to see how the Catalyst will do in a chlorine filled pool, or a sandy beach, in our tests the Catalyst case has held up remarkably well. The Catalyst comes in its standard boxing which includes a signature clear front case that will protect covers everything from the screen to the home button itself. While the home button isn’t technically a button, and shouldn’t be harmed by water, I’m glad that the company still opted to cover it with a bit of film.  On the prior model of the Catalyst, I would get really upset with the home button’s film as it frequently would reject my fingerprint, and the film would bubble up to a point I would have to type in my password to unlock my phone because it never worked. It looks as if Catalyst worked this out and I have had no complaints in terms of using the Touch ID. 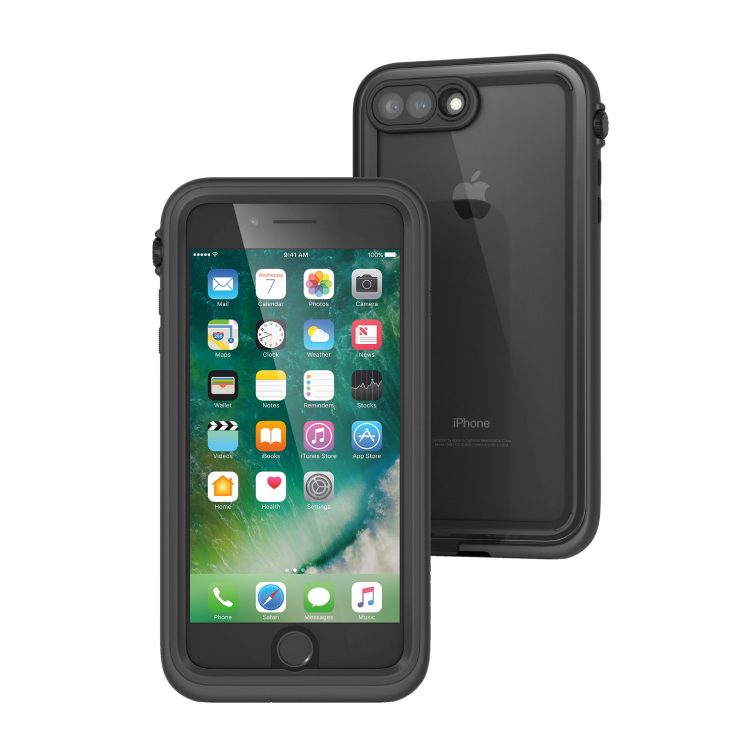 The back of the Catalyst is completely translucent, allowing you to see the iconic Apple logo. The camera cutouts are individual, and the flash is covered, but there’s enough space that your photos will not become blurry. With the previous model I had a bit of a problem when swimming and attempting to take underwater photos that the lens would fog up and since the case protruded from the lens a bit, it would be harder to clean out the fog, as well as pocket lint. Now that Catalyst made it so the lens area is flush with the case, I don’t get a lot of gunk built up into it which is one of the many changes that I enjoy about the Catalyst for iPhone 7 Plus. 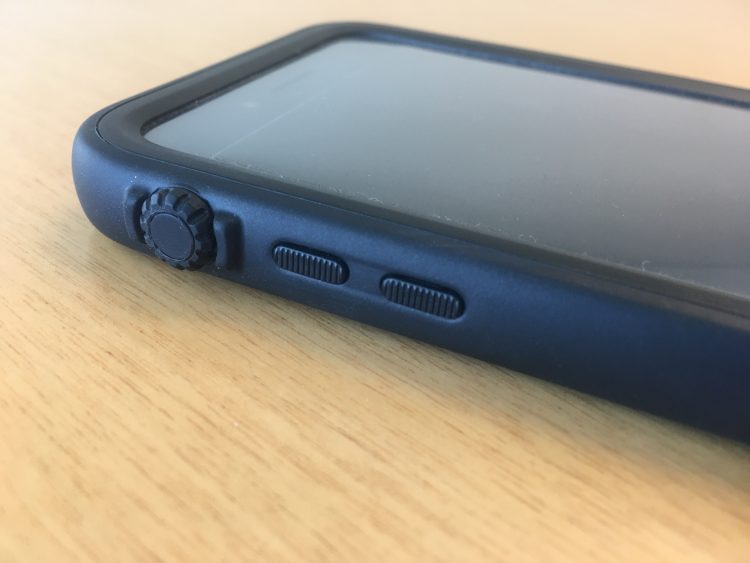 One of the unique things I’ve always loved about Catalyst is their rotating crown dial for the mute switch. One pet peeve I’ve always had with the iPhone is the mute switch, especially in cases having to toggle mute on and off. With the crown dial, it actually reminds me of the digital crown on the Apple Watch, so if I ever need to switch my settings quickly, I can just turn the crowd on the Catalyst and it works every time. It’s a nice feature to have, and I wouldn’t mind Apple actually including this into their iPhone 8 that is supposed to be coming out later this year. 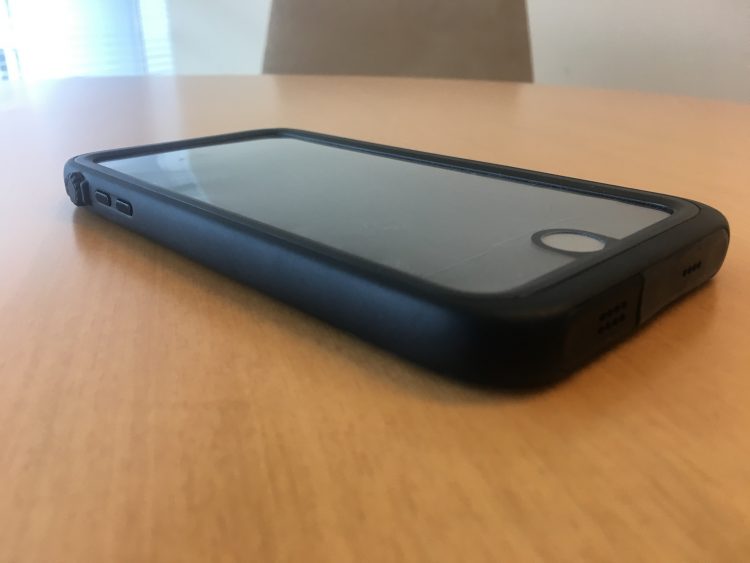 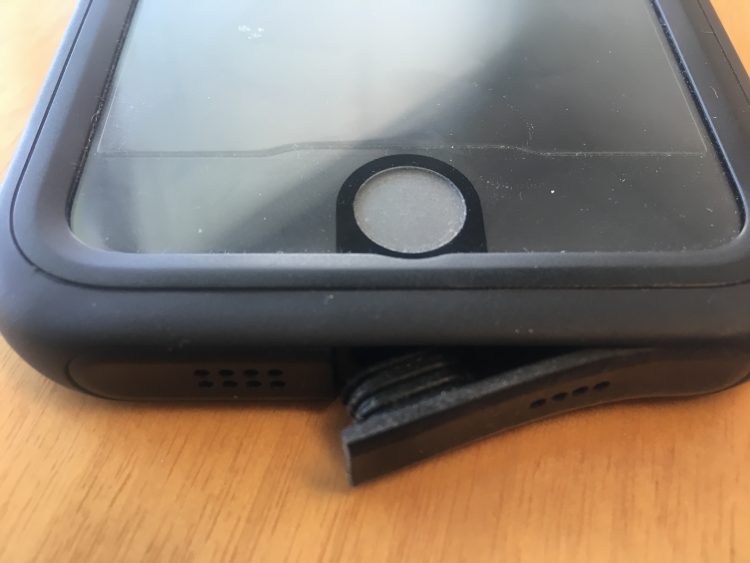 Despite that, unlike other waterproof cases, the Catalyst has fit every single cable I’ve thrown at it from companies such as Belkin, Incipio, and even Native Unions square-ended cables that wouldn’t even fit in my traditional TPU cases. A lot of people have gripes about waterproof cases mainly due to them not being dockable, but I’ll be the first to tell you, that the Catalyst has the widest opening for a waterproof case I’ve seen on the market, and you’ll be hard pressed to find many accessories that won’t fit the Catalyst. 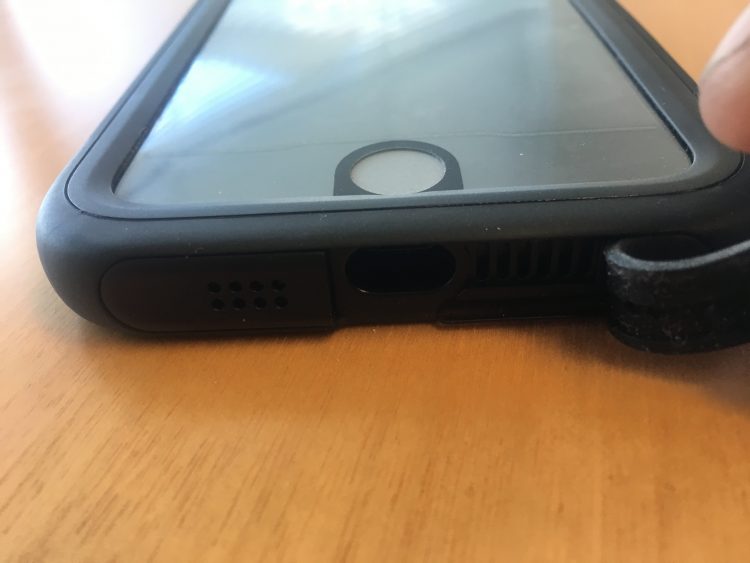 In my brief water testing at home, the Catalyst case could sit in a bowl of water for thirty minutes with no problems at all, as long as you make sure that all ports are snapped in properly and the case is completely sealed. Since the iPhone 7 models no longer have headphones jacks, you only have one opening that really ever needs to be frequently opened and closed, and since it’s rubberized, when closed, you’ll get a seal that keeps everything inside of it completely dry. Also, if you are into lanyards, Catalyst actually included one, which is great for those of you who go further that they can stand in water and don’t trust putting it in your pocket. Not many phones these days have that but, I’ll take it. 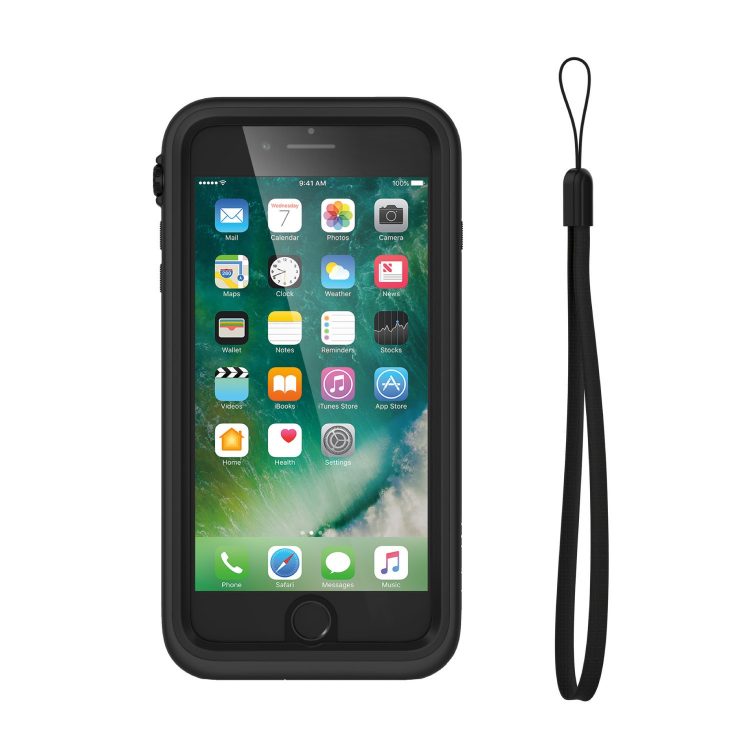 Finally in call quality, the Catalyst is great, as every single call that I’ve made on the Catalyst came out not only crystal clear, but since the speaker grills are covered in Catalyst’s True Sound Acoustics material, you can play music, answer calls on speakerphone without the person on the other end thinking that you sound muffled. I’ve tried other cases, and I have to say, this is one of my favorite things about the Catalyst case compared to others on the market.

One tidbit I thought was funny regarding the Catalyst case for iPhone 7 model is that the company mentioned that there is no “limit of times it can be re-assembled”, which is an obvious knock at LifeProof’s disclaimers about how many time you can open and close the case or take the phone out before it is no longer considered “waterproof”. Then again, if you have a waterproof case, you should just keep it on. Especially if you have the Catalyst: It protects from every element including dirt and snow… so why would you ever need to take it off? To clean it? You can run it under water! 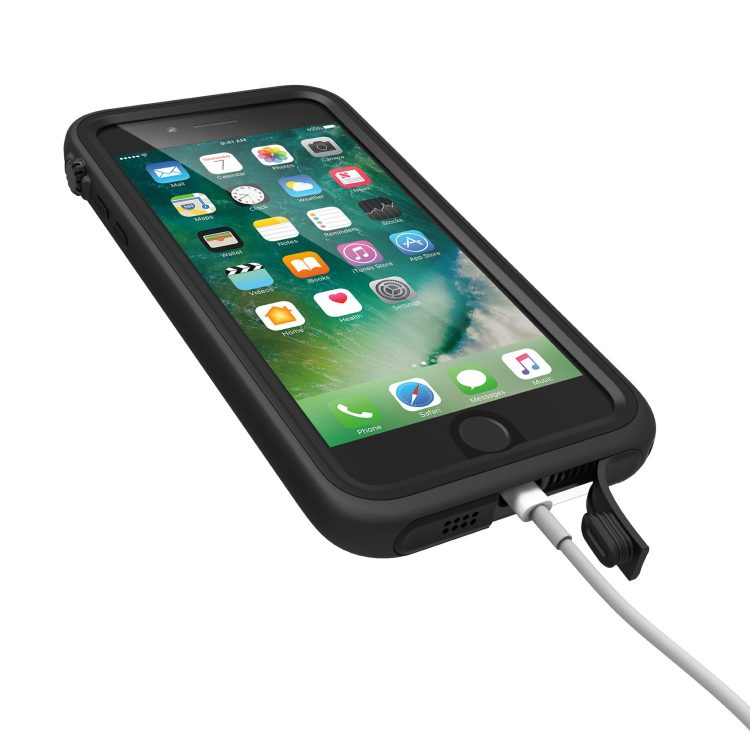 The Catalyst for the iPhone 7 and iPhone 7 Plus should’ve already been in your checkout bin, but if not, you should really head down to their site today for more information.

What I Like: Slim profile compared to the 6 Plus model, more waterproof than any other on the market

What Needs Improvement: Needs a model comparable to LifeProof’s Nuud with the option for a glass screen protector