There are a few brands that stand out in the phone protection space. Otterbox is a big one, as is Lifeproof, but Griffin has been there since the beginning with their very solid and dependable Survivor series. 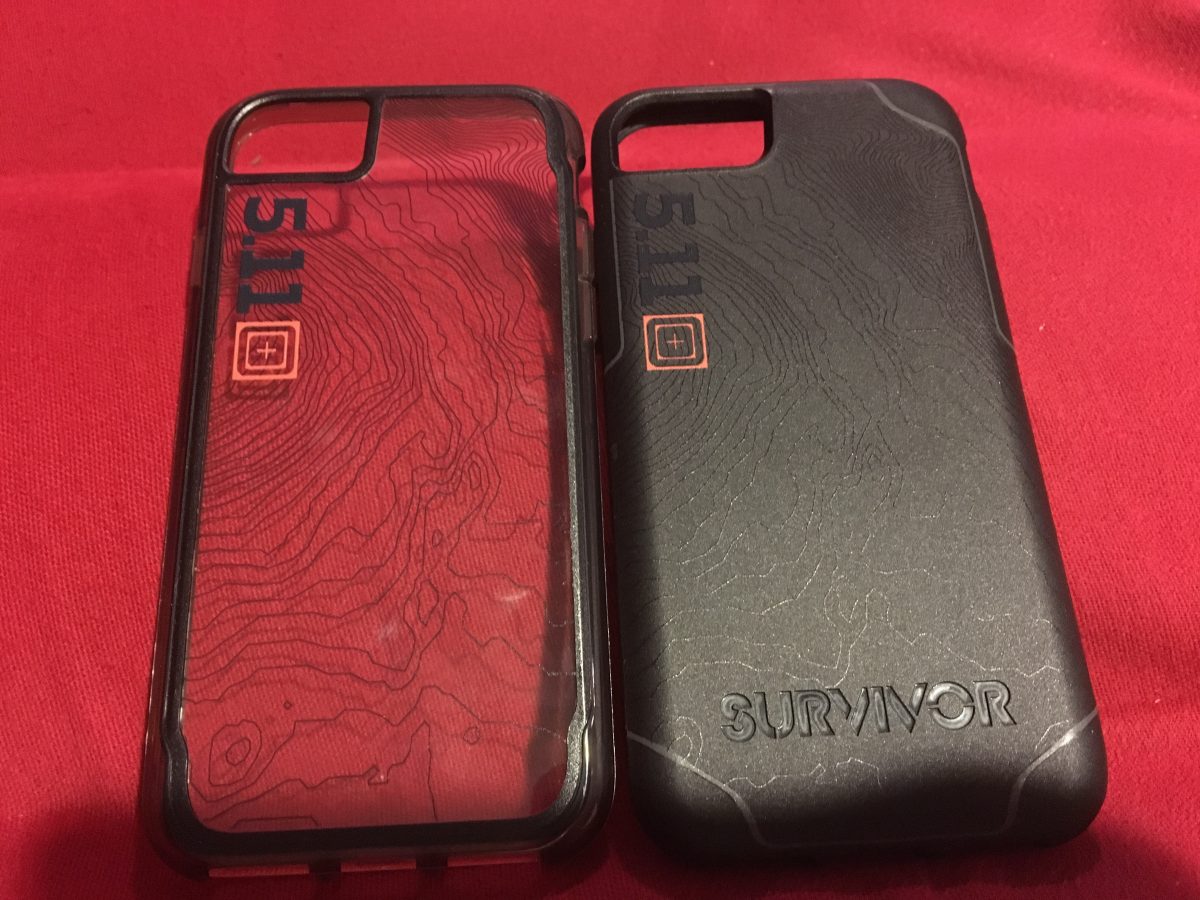 I was sent the Survivor Strong and Survivor Clear cases with the Tactical 5.11 designs; while both are excellent, I’ve been partial to the Strong case because I like the black with grey accents. It’s a very simple case, but you can tell a great deal of detail work went into the design. The buttons are covered on the sides, but the case does not interfere with their responsiveness in the least. The cutout for the ring/vibrate switch is big enough to easily access it, without being too thin around the edges; the same balance of cutouts and case strength exists with the cutouts along the bottom as well. Both cases are compatible with the 6/6S/7, so there is headphone jack access if you still have a 6/6S. I did not have any issues with either Apple or third-party lightning cables fitting into the port. The Strong and Clear cases both offer a slight lip, enough for “lay on the table” protection, and probably enough if your phone fell face first on a flat surface. Honestly, your best bet is that you drop your phone on a corner, because these cases are designed and reinforced for that possibility with a special design along the inside edge for shock absorption. The material is also very stiff and did not show any signs of warping even after I peeled my phone in and out repeatedly. 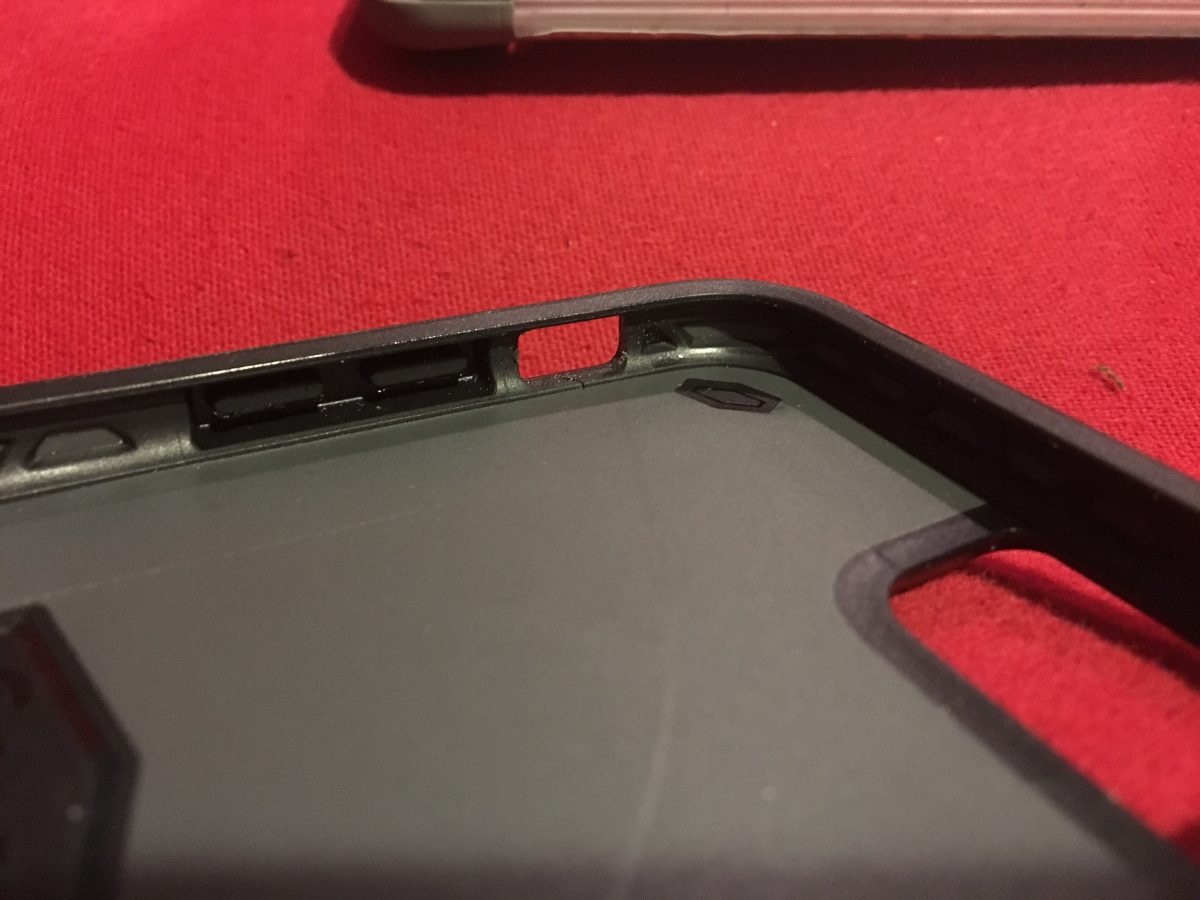 The 5.11 Tactical influence shows up more in the aesthetics of the case. There is a wavy, almost topographical pattern on the back of the case, along with the 5.11 logo, and SURVIVOR is embossed along the bottom half. There is also some accents of grey that serve to border the back design, and the corners all have patterns that mimic the shock absorption design internally. It isn’t flashy, but it is grippy, protective, and won’t budge from shielding your phone, so it more than lives up to the SURVIVOR moniker on the back. 5.11 Tactical is a brand whose motto is “Always Be Ready”, and they serve everyone from the military to first responders with all manner of tough apparel and accessories; the Survivor cases more than live up to that standard as well. 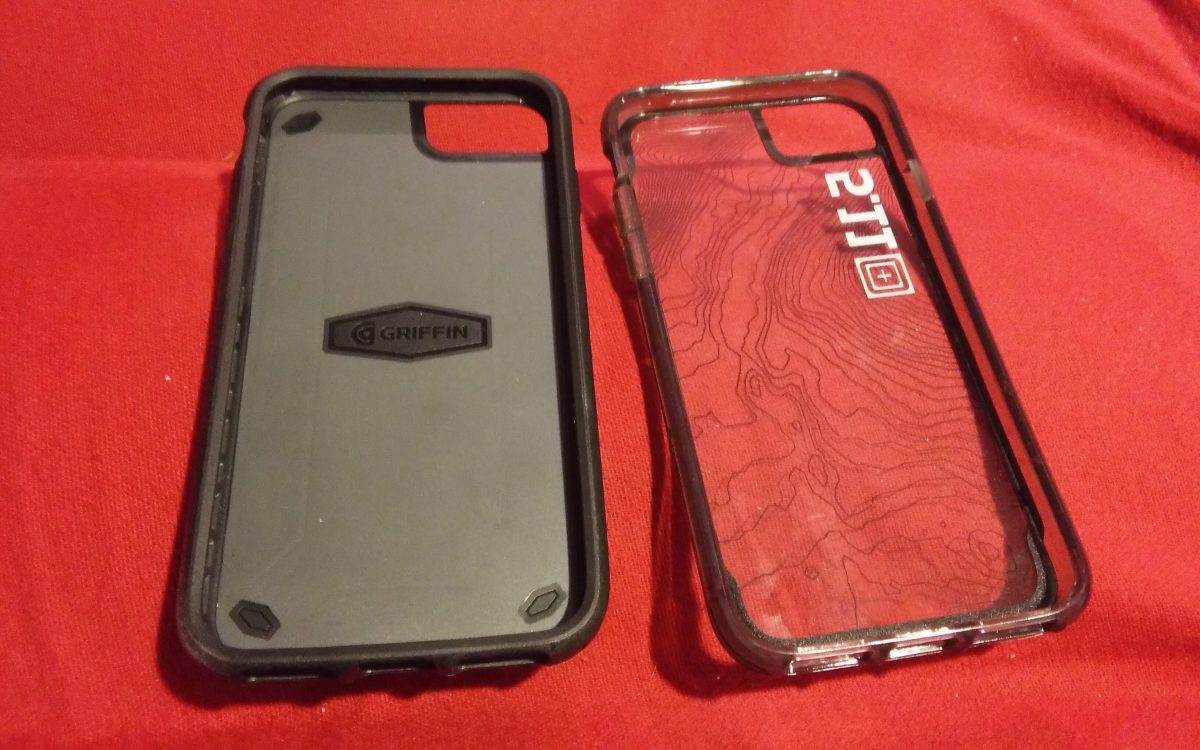 Both cases are very similar, but the Survivor Clear case is, well, clear in the back. It has the same 5.11 Tactical design, and it shows off the color of your phone if you’re into that sort of thing. The main difference, outside of the clear/not clear design, is that the Clear cases are rated slightly lower in terms of drop protection. Clear is rated to 4 feet, while Strong can theoretically survive a 7-foot drop. Both cases feel equally tough to me, but I would assume the lower rating for Clear is due to the fact that it is two pieces fused together (rubber edging with a polycarbonate back), plus the Strong case has additional rubber absorption inside the back of the case. If you really love the idea of a clear case, I wouldn’t let the slight drop difference deter you, but if you are extremely clumsy or want the most failure-proof choice, Strong is your best bet.

As far as the other Survivor cases, the main difference between the Survivor Strong/Clear series and the Survivor Extreme one is that Extreme has flaps to cover all the ports. If you’re taking your phone into an exceptionally dusty/dirty place, that might call for Extreme, but the Strong series gives you almost all of the protection with significantly less bulk. Now that newer iPhones have some waterproofing, you don’t need to sweat over every splash or rainstorm, so the main issue is drop protection, and that’s where Griffin’s long experience pays off with Strong. This is a tough, tough case, but it’s been slimmed to a thin and pocketable level that was unheard of even a few years ago. Pricing is very reasonable too, at $24.99 for the Clear and $34.99 for the Strong case. Both come in grey/green/coyote [brown] color trims, so you aren’t stuck with basic black.

5.11 Tactical adds some style to the Survivor cases, and the whole package means your phone will survive (no pun intended) everything you can throw at it. Except for maybe darts. Don’t throw projectiles at a glass screen.

What I Liked: Very tough cases; offer good drop and lay on the table protection; material will not warp or loosen over time

What Needs Improvement: Limited color options within the 5.11 Tactical cobranding