This weekend, I bought my son a toy that he has declared is “the greatest toy of all time, ever!” He spent hours with it, told everyone he saw about it, and pretty much played nonstop. It was educational, it sparked his imagination, and it cost me $1.50, because it was just an egg full of Silly Putty. 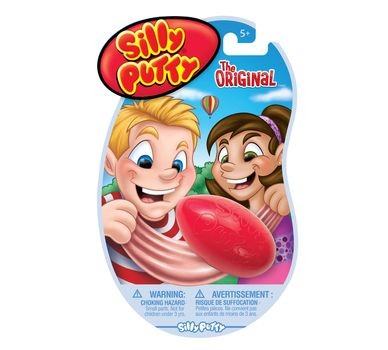 Yes, one hunk of Silly Putty was basically a nonstop game all weekend. He shaped it into animals and used it as a trap for his Lego superheroes. He even leaped out of bed on Sunday and wanted to play with the Silly Putty more than he wanted to watch TV, which is huge for a 4-year-old. It got me thinking, though, and while my son will play with higher tech stuff like PBS games on an iPad and remote-controlled cars and such, he’s equally happy with a pile of blocks that can be literally anything and everything.

We’re heading into Christmas, and inevitably toy companies are going to throw Bluetooth into everything and try to convince you that your children need to learn to program before they learn to walk. It’s not that these aren’t great products, but before you whip out the batteries and chargers, think back to your own favorite toys…sometimes a hunk of bouncy putty is best of all!