This holiday season, Master & Dynamic has some awesome deals going on as well as some new collections for you to check out. 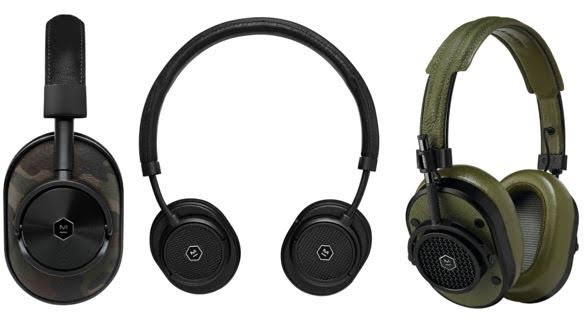 Inspired by the concrete jungle itself, the Greene Street Collection is inspired by New York City, where Master & Dynamic is based out of, and the latest collection embraces military-themed colorways which may be a hit for those of you who are tired of the same four or five colors of headphones that you may have seen out there.

If you are interested in the new Greene Street Collection, or any of Master & Dynamic’s fleet of products, you’ll be happy to know that starting on Friday and concluding after Cyber Monday, M&D is offering up 20% off everything on their site, with a new special product at its own special pricing being announced each day until Monday.

For more information on all of the Black Friday/Cyber Monday deals from Master & Dynamic, you can head directly over to their site.