When the Honda Ridgeline showed up in the test driveway recently it was like an old friend had come by for a visit. Ridgeline has become my favorite new midsize pickup and spending another week behind the wheel in the new 2018 model was as enjoyable as ever. 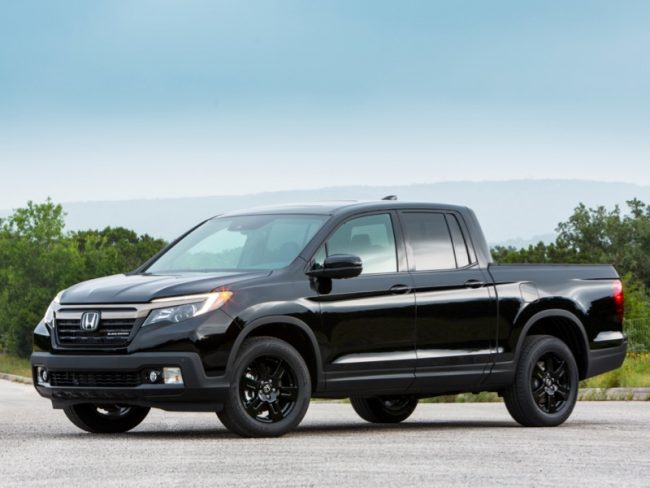 To review, Honda builds the Ridgeline on the same architecture as the three-row Pilot utility vehicle. This means it is basically of unibody construction but in the case of Ridgeline a very solid foundation. It is not meant to tow your large boat or travel trailer but it can pull a duo of personal watercraft when required while carrying up to five adults in comfort and safety. It is powered by a singular V-6 engine and is offered in front- and all-wheel drive running gear. And Ridgeline features the most unique cargo box area of any vehicle on the road today, perfect for work or play. 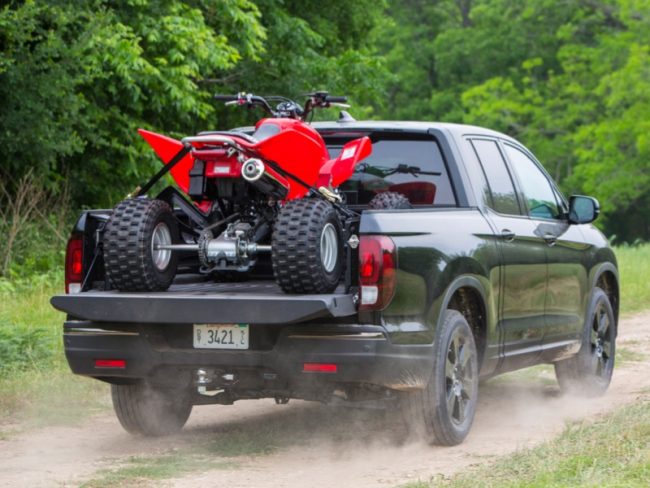 Last year I called the new Ridgeline the “Urban Cowboy” of trucks and the unique Black Edition model is the epitome of just that. This truck is really not intended to go off of pavement but is right at home around town. It maneuvers nicely amongst congestion, navigates parking structures with ease, and provides all of the creature comforts for a day or night on the town. Blindspots are minimal, and safety and technology are maxed out. The Honda Sensing system keeps everything and everyone in check thanks to collision mitigation braking, adaptive cruise control, lane keeping assist, forward collision warning, lane departure warning, and road departure mitigation. 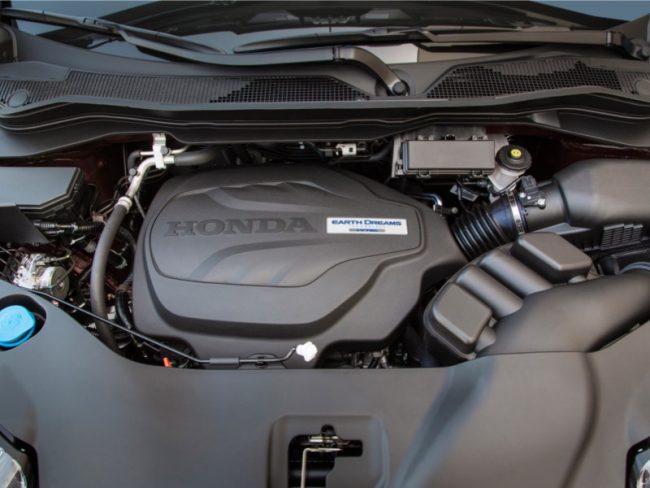 Ridgeline had a good debut last year as it was named North American Truck of the Year while also earning a Top Safety Pick+ rating from IIHS. This is the second generation of Ridgeline and was launched in 2016 as a model year 2017 vehicle. It is powered by a 3.5-liter V-6 i-VTEC engine with variable cylinder management and the engine generates 280hp and 262 lb. ft. of torque. The engine is mated to a six-speed automatic gearbox. The AWD system utilizes Intelligent Variable Torque Management to direct power to the wheels with the best traction at any given moment for not only maximum all-weather performance but enhanced dynamic handling capability as well. 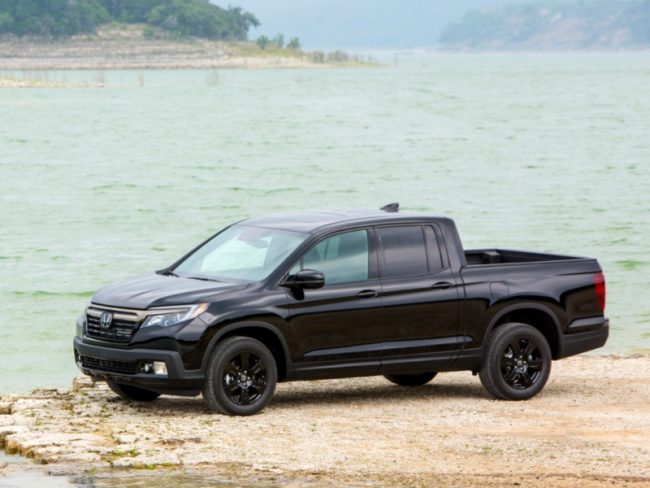 Inside the new Ridgeline we still want ventilated seats to go along with the heat function but as our week behind the wheel was during the grips of winter months we did not miss it. This black interior will be a bear in the summer, however. The heated steering wheel was a real blessing on those coldest mornings. The 8-inch color touchscreen for infotainment functions worked very well and we enjoyed the premium 8-speaker audio system. For outside entertaining, the Ridgeline features Truck Bed Audio where sound can be switched from inside the cab to the cargo box. Perfect for tailgating or whatever else may be going on. 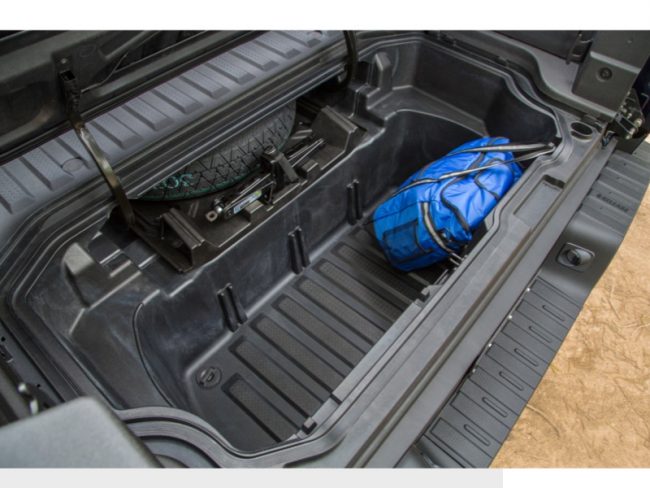 Speaking of the tailgate, the Ridgeline features a unique dual-action tailgate that folds down flat like a traditional unit or swings open like a gate for easier access to the bed. In the floor of the bed is the cool, lockable container that can double as a cooler complete with drain plug. This is also the storage area for spare tire and jack these items are out of the way of the cooler box area. A side compartment in the cargo bed offers a 110V outlet for added convenience. 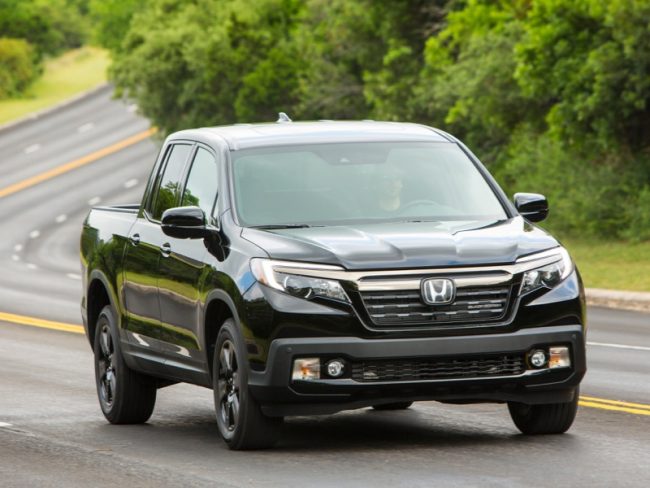 Pricing for the 2018 Honda Ridgeline begins at just under 30 grand with this loaded tester arriving with a final window sticker of $44,095. Fuel economy is rated at 18 mpg city and 25 mpg highway. For 2018, the number of possible configurations has been lowered from 12 to nine for easier ordering. 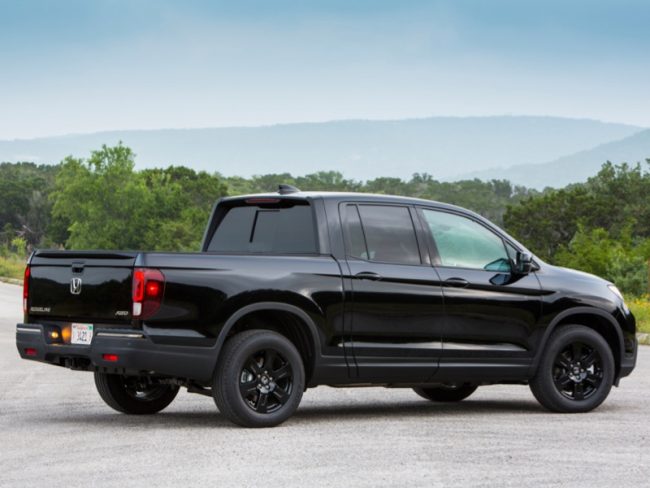 Honda bills the Ridgeline as the “Ultimate Tailgater” although I am not sure how many folks are going to want to stand outside the stadium in Minneapolis before the big game with what will certainly be wind chills below zero. For the truly hearty, the Ridgeline may be a great choice and during the rest of the year, the masses can enjoy everything this great midsize truck has to offer.