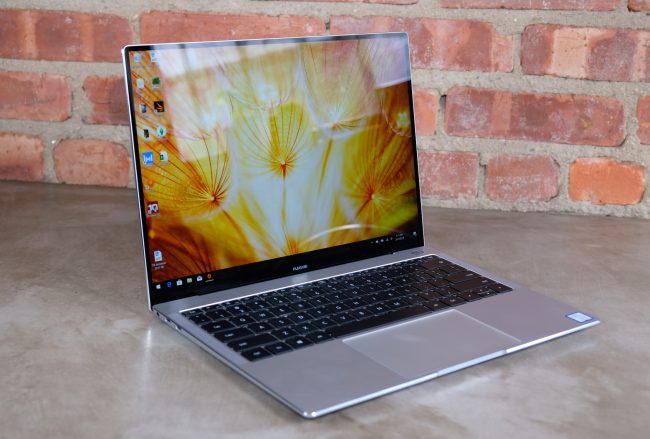 Huawei might be known for their premium high-end smartphones, but their latest foray into the laptop space proves that they’re getting really good at making premium PCs too. And that’s just it, the MateBook X Pro is not Huawei’s first laptop, but it does speak volumes about how far the company has come in just a short time.

The MateBook X Pro is made of an all-metal unibody design with diamond cut edges and a sandblasted finish. Its design is very attractive and sleek, but it’s also very much that been-there-done-that look – in other words, it resembles a MacBook Pro. So much so that it even sports similar speaker grilles on both sides of its keyboard. We also wish that they had decorated the laptop’s lid with just the Huawei logo icon, sans the actual word “Huawei”, as that would’ve kept the look more minimalist.

The MateBook X Pro is very lightweight and pretty svelte – it weighs just 2.93 lbs and measures 14.6mm at its thickest point. Another neat aspect of the MateBook X Pro is that its power button doubles as a fingerprint scanner. This allows you to unlock the laptop with a single efficient click.

But what we love most about the MateBook X Pro’s design, and what is certainly very unique, is that Huawei managed to pack in a nearly 14″ display (13.9”) into the body of a traditional 12″ laptop. Finally, a PC manufacturer has listened and given us what we want – which is a nearly bezel-less display!

As if the quality of the display wasn’t good enough to stand on its own, its record-breaking 91% screen-to-body ratio really takes things to a whole new level. It’s not just that the minimal bezels are awesome, but the display itself is a top of the line 3K FullView display featuring a 1500:1 contrast ratio, a 178 degree viewing angle, and it’s 450 nits, making it one of the brightest and best laptop displays we’ve ever come across. Movies playback with vivid color and contrast, and just about every app you run on the MateBook X Pro pops. 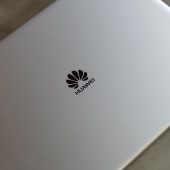 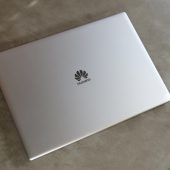 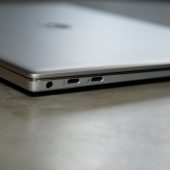 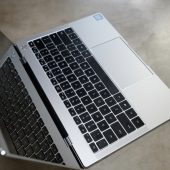 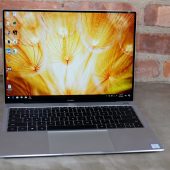 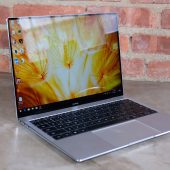 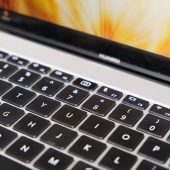 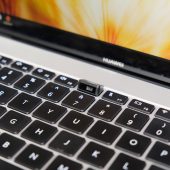 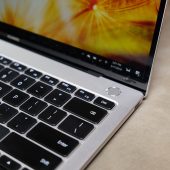 Unfortunately, there is a downside to this high screen-to-body ratio and that is that Huawei had to find a creative place to relocated the webcam. They’ve placed the webcam under the F7 keyboard key. The webcam is easily accessed by pressing down on the key which triggers the webcam to pop up. In our testing, this mechanism works just fine. And there are additional benefits to this webcam design – it offers privacy, so those concerned with privacy won’t have to go ahead and cover up their webcam with a sticker or whatnot, and that is something we can really appreciate.

The downside to this design, however, is that user’s end up looking incredibly unflattering while on video calls. However, we feel that this is a fair trade-off for the high screen-to-body ratio that the MateBook X Pro provides. The video quality of the webcam itself is pretty average. 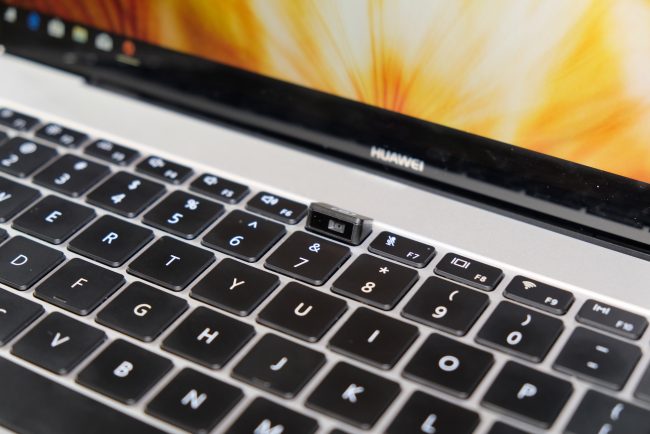 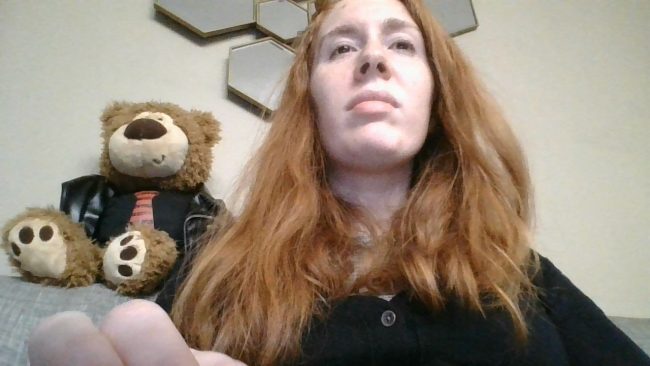 Could this shot be any more unflattering? Say hello to my nasal passages 🙁

On the other hand, the MateBook’s keyboard and the trackpad are excellent. The full-size keyboard is spill-proof and backlit. It’s spacious with just the right amount of tactile feel, and the trackpad is likewise very spacious and offers the perfect amount of traction, which is something that so many PC laptops oddly struggle with – even in 2018.

When it comes to ports, the MateBook X Pro is no slouch either. The system comes with 2 USB-C ports (one has support for Thunderbolt 3), a full-sized USB-A port, and a 3.5mm audio jack. The laptop does, however, lack an SD card reader, but that isn’t much of a big deal to us. Besides, Huawei is throwing in their MateDock 2.0 with all purchases made in the U.S. The MateDock 2.0 adds HDMI and VGA ports to the system.

The MateBook X Pro Comes running Windows 10 Home Signature Edition which the cleanest, most bloat-free version of Windows you can get. That means that performance for the MateBook X Pro is optimized out of the box. Performance on the i7 / 16GB model that we tested has been nothing short of top-notch. This little guy is an absolute speed demon. There is, however, an i5 option as well.

Using the one-touch power button with its fingerprint reader, booting up the laptop typically took from 10 to 13 seconds to log in, and just 3 seconds to wake it from sleep and log in.

But the benchmarks speak for themselves:

If the Nvidia GeForce MX150 graphics card is not enough for you, Huawei says that there will be support for an external graphics card (up to a GTX 1080), which means that the MateBook X Pro really has the potential to be a serious gaming PC or CAD machine.

It’s worth mentioning, that while the laptop generally runs cool and quietly, it did get nosy and hot while playing graphics intensive games.

Battery life might be the weakest aspect of the MateBook X Pro. For daily use (web surfing, Microsoft Office), we’ve been getting about 7 hours out of it. That is respectable but not nearly as good as some of the competing laptops out there.