When I first reviewed the next-generation Acadia three-row crossover from GMC I questioned the decision to have a four-cylinder engine as the base powerplant. Recently, the automaker sent me another Acadia and this time it rolled in with the V-6 under the hood. Better, but GMC still needs to upgrade one thing. 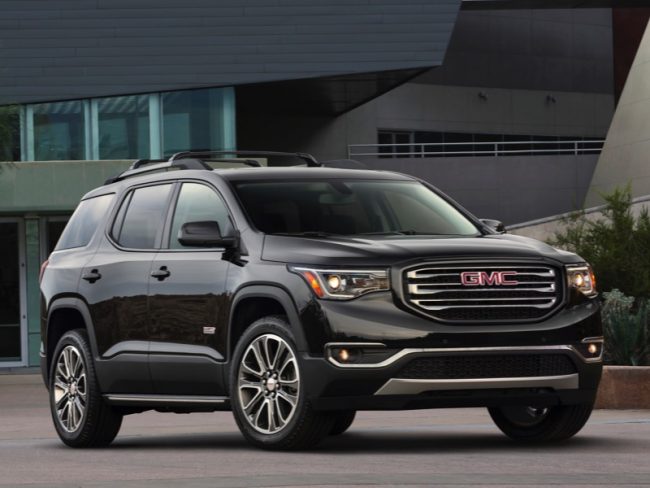 I will get around to the one thing shortly, but first a quick recap of the new Acadia. Last model year GMC brought a completely redesigned vehicle to its middle segment of the crossover utility lineup. It was a familiar nameplate as the Acadia has been around for more than a decade. It was a vehicle I was very fond of and families were shopping as their needs grew beyond seating for four. The entire vehicle was shrunk a bit as all of the midsize three-row CUVs from GM are restyled – Buick Enclave and Chevy Traverse to be specific. The new styling is the best yet from the corporation for these models as they arrive with the latest safety and infotainment technology as well. 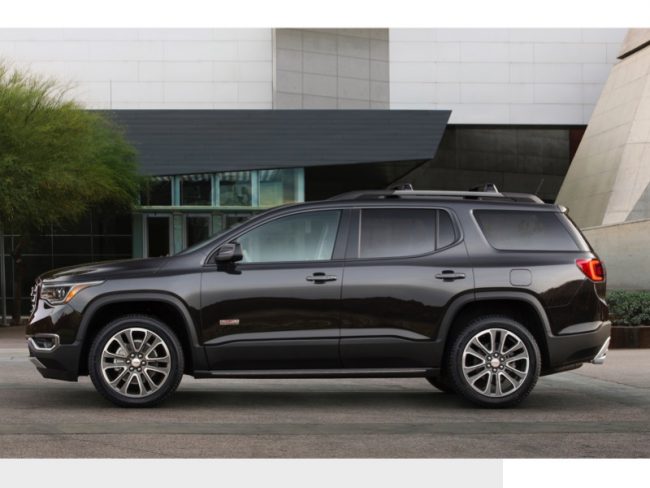 For 2018, the GMC Acadia is largely unchanged from last year. I wrote:
The 2017 Acadia is described as a contemporary crossover designed for families on the go. Bodylines are clean and somewhat sleeker, further separating it from the bulky Yukon frame-based sport ute and further splitting the showroom. Overall, the new Acadia is shorter and narrower, therefore making it more maneuverable. It feels lighter driving down the road while still offering very good balance and stance. On acceleration there is a bit of grunt from the smaller engine as one would expect. And with only two adults and minimal cargo the base engine does provide adequate power and acceleration – not to mention the wonderful surprise of better-than-rated fuel economy on the highway.

There is a host of new technology in the new Acadia, perhaps foremost is the rear seat reminder, which alerted me to the possibility of the grandkids being in the back seat numerous times. The vehicle senses when access is made to the rear of the Acadia prior to one driving evolution. When the engine is shut off there is an audible and visual alert to remind the driver to check the rear of the vehicle for occupants. Also new this model year is front pedestrian braking, low speed automatic braking, forward automatic braking, following distance indicator, Intellibeam automatic high-beam control, surround vision camera system, safety alert seat, forward collision alert, lane keep assist with lane departure warning, lane change alert with side blind zone alert, and front and rear parking assist. 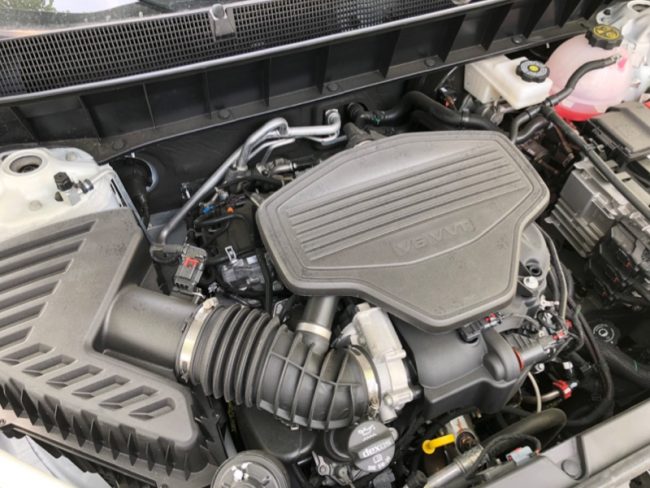 So on to that one thing I mentioned. It is the fact that of the trio of midsize three-row CUVs at GM, the Acadia is the only one utilizing the normally-aspirated four-cylinder engine as its base powerplant. Both Buick and Chevrolet place the V-6 under the hood of most of these vehicles with Chevy giving buyers the option of a turbocharged four. Come on GMC, shed the 2.5L and either use a turbo four as the base engine or the six. Our recent tester arrived with – thankfully, this time around – the 3.6-liter V-6 with direct injection producing 310hp and 271 lb. ft. torque. This is more than enough power for everyday driving, yes, but when having to load the vehicle with up to seven occupants the power is appreciated. Fuel economy ratings for the I-4 vs. V-6 are not that disparate as the 3.6L gets only 1 mpg less on the highway over the 2.5L for AWD models and is the same in FWD units like our tester arrived. 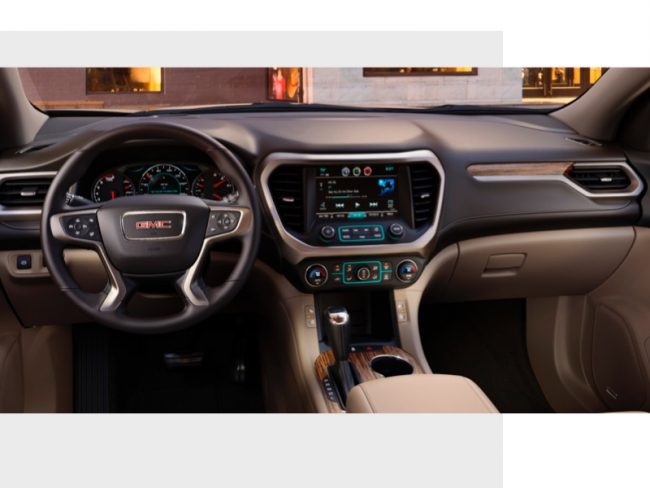 Pricing for the 2018 GMC Acadia begins at $29,995. Our loaded SLT-2 tester arrived with a final window sticker of $45,725, which included second-row captains chairs, the dual skyscape sunroof, and navigation system. Fuel economy for the FWD with 3.6L is rated at 18 mpg city and 25 mpg highway. 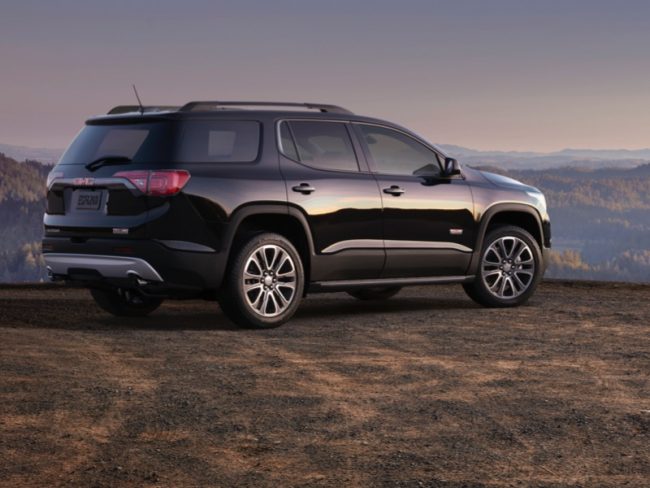 Judging by the enthusiasm of others toward the Acadia during my week behind the wheel, GMC has a hit on its hands. There has been almost as much interest in this vehicle as with some of the sports cars I have recently tested. As I told them, the new GMC Acadia is a very, very good three-row crossover, perfect for almost any family these days. It can tow moderate trailers and it can carry up to seven occupants. Fuel economy is average and not a leading factor for most buyers these days. Perhaps your only unchecked box may be the dealership experience or availability in your area, and that is a huge factor in making your final purchase decision, but I think you will like the new Acadia.