This week Vizio announced their 2018 fleet of products, giving substantial upgrades to their E, P, M & D Series lines. Starting at $350, the higher end models can go upwards of $2,599.99 depending on the features you desire. However, no matter which model you get, you know that Vizio won’t let you down. 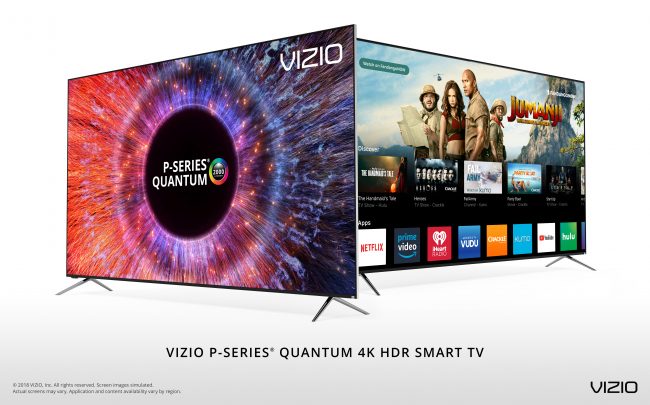 The highlight of the Vizio announcements was their P-Series Quantum model. The bezel-less 65-inch screen is the company’s brightest TV model, while packed with premium performance features such as Dolby Vision HDR, up to 1,000 nits of brightness, and VIZIO’s SmartCast OS (available in every 2018 Vizio TV model) which now will come with Amazon Alexa and Google Assistant compatibility, on top of having access to popular streaming services such as Netflix, Amazon Prime Video and HBO Now. The 65-Inch model will set you back $2,199.99, and honestly, I’m considering getting this model at some point this year. There are other models of the P-Series that carry similar features such as being bezel-less and having Smartcast compatibility, but do not feature the quantum dot technology featured in the 65-Inch model which includes deep blacks and 192 local dimming zones for maximum views at any angle. 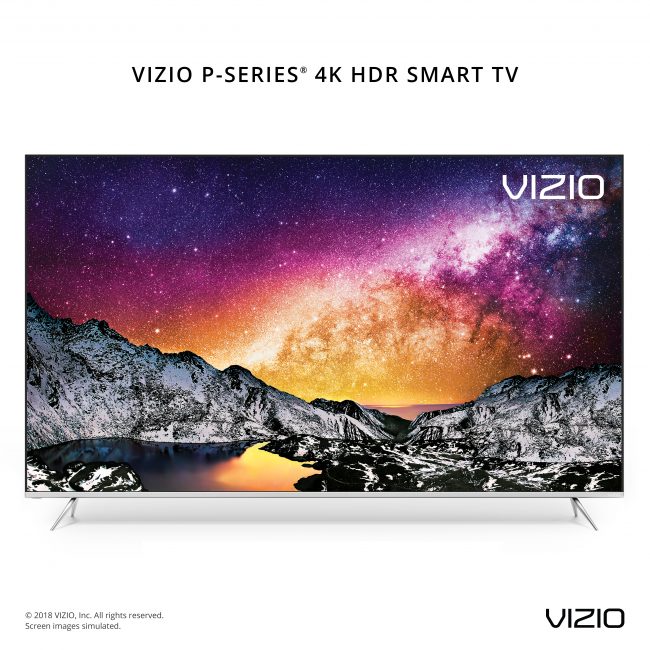 “The P-Series Quantum combines the best VIZIO picture quality technologies and wraps them in a beautifully modern aesthetic,” said Bill Baxter, Chief Technology Officer, VIZIO. “With up to 2,000 nits of peak brightness, 192 zones of local dimming and advanced quantum dot technology, viewers enjoy the ideal blend of brightness, contrast and color for a home-theater experience that rivals the cinema.  Our 2018 SmartCast OS opens the door to an expansive collection of streaming options while also allowing the P-Series Quantum to fit seamlessly into Amazon and Google smart home ecosystems thanks to voice-control support.”

Here’s the breakdown of the standard P-Series. 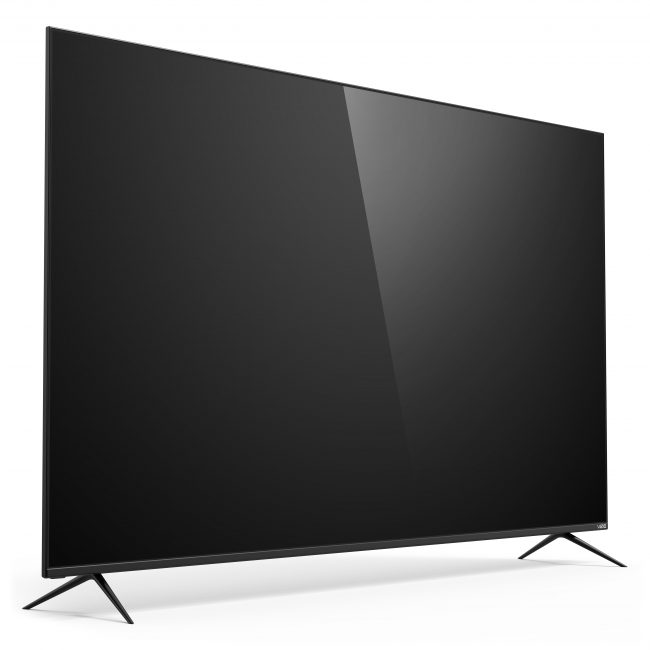 If that price is a bit daunting, you can check out the M-Series line which is a bit more affordable, with similar features such as being bezel-less, albeit having less dimming zones (this model features 48). Each model having dynamic ranges, there are three sizes: 55″, 65″ and 70″. The M-Series obviously comes with the Alexa and Google Assistant compatibility, and in terms of display, you get Active Full Array Plus, UltraBright 600, and Dolby’s Vision HDR, allowing bolder colors with a striking contrast. You can purchase these models at your local brick and mortar’s like Costco, Sam’s Club, Target, and Walmart. 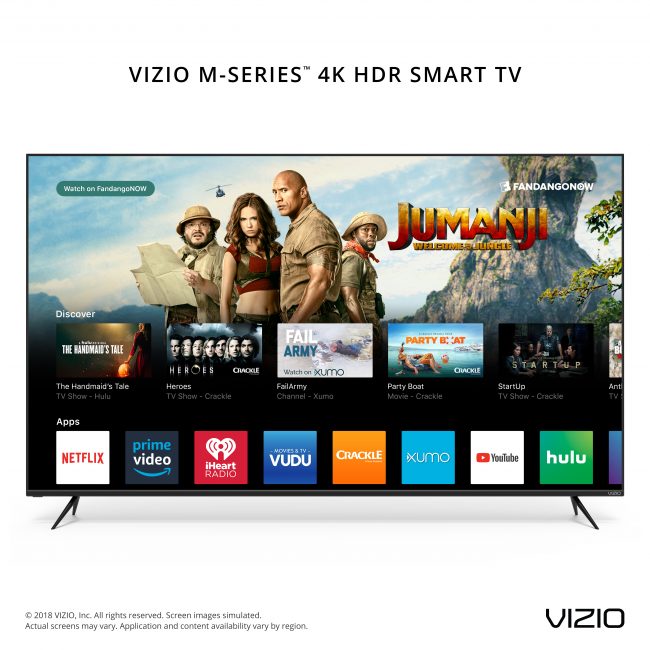 “This year’s M-Series collection fulfills a consumer demand for a robust smart TV with the best balance of step-up picture quality technologies and enhanced smart TV features,” said Bill Baxter, Chief Technology Officer, VIZIO. “The 2018 SmartCast OS has been packed with a wider selection of on-screen apps, faster performance and voice-control support from Google Assistant and Amazon Alexa-enabled devices, allowing users to easily stream the content that matters most to them.”

Here’s the price breakdown for the M-Series: 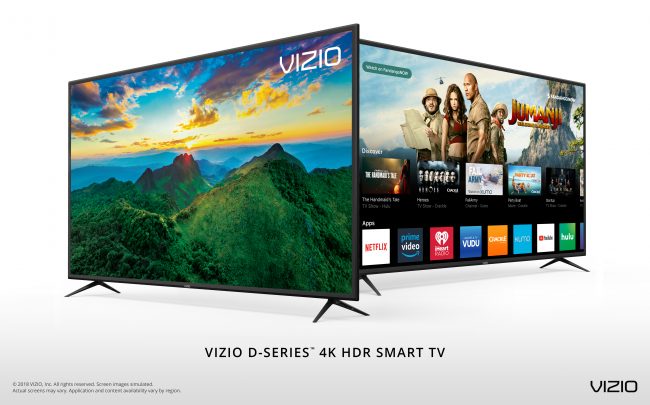 Finally, there’s the all-new D & E series smart TV’s. Sporting 4K HDR pictures, and an on-screen smart tv experience, Vizio priced these as the bases of their products that are a great start for anyone attempting to get into Smart 4K televisions.

Both feature the SmartCast OS experience, with the D-series TV’s offering 4K resolution with four times the detail of a Full HD display. I can only imagine with this will be like for watching your favorite movies and films, but imagine the game-play! Vizio states that you will get 4k content on content like Blue-Ray DVD’s and streaming apps like Prime Video. Vizio’s LED backlight allows viewing in any lighting to be adapted with enhanced contrast, compared to your current setup of edge-lit televisions. The most expensive of the D-series models is around $999.99 for a 70″ model. 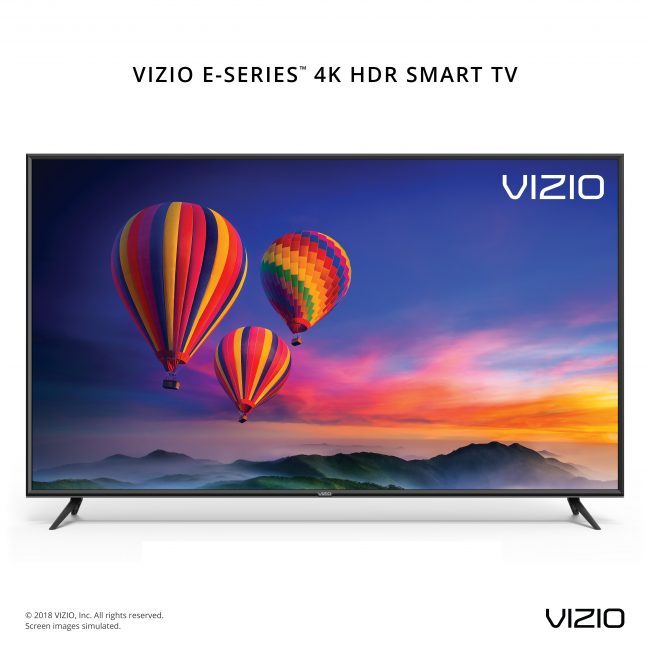 Depending on your budget, if you a bit more frugal, but don’t want to be left behind in terms of technology, the E-Series is still a great model to consider. Featuring the same benefits as the D-Series, the E-Series does offer a 75-inch model, however, it’s your standard TV, with Vizio’s Active Full Array back-lighting, and Dolby Vision HDR. So if you want a 4k television without all of the additionals you’re read above, the E-series is still a great way to go.

No matter if you are a cord-cutter, embracing the “Smart Home” life, or someone who’s just a connoisseur of television and films, the Vizio 2018 fleet of televisions is amazing no matter what your budget it. For more information on any of the TV’s listed, you can head over to VIZIO today.