We have more and more ways to enjoy cinematic experiences right at home. Streaming services are offering better and better content, soundbars and other speaker system enhancements bring the audio to life, and televisions just keep improving. Samsung is intent on taking this to the next level with their new Q900FN TV with an absolutely futuristic 8K resolution. 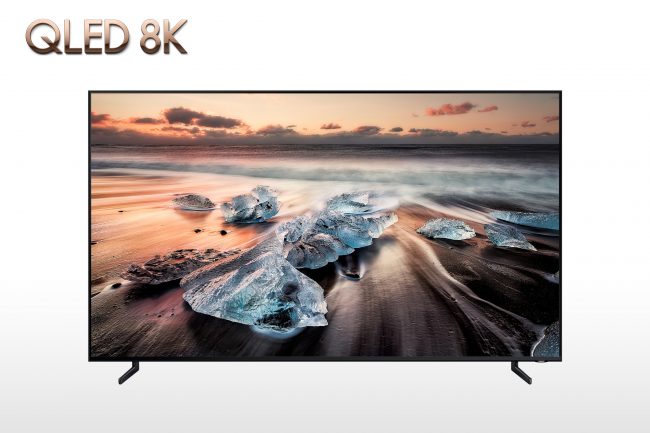 For those of us who are a little fuzzy on what 8k means, Wikipedia to the rescue:

High-resolution displays such as 8K allow for each pixel to be indistinguishable to the human eye when viewed at a typical distance from the screen. 8K resolution can also be used for the purpose of creating enhanced lower resolution videos through a combination of cropping techniques and/or with downsampling[2] techniques used in video and film editing. Resolutions such as 8K allows filmmakers to shoot in a high resolution with a wide lens or at a further distance, in the case of potentially dangerous subjects (such as in wildlife documentaries), by being able to zoom and crop digitally in post-production. The technique involves taking a portion of the original 8K image and cropping it to match a smaller resolution such as the current industry standard for high-definition televisions (4K, 1080p, and 720p).[3]

Now, this begs the question as to why it’s called 8k and not 16k, but nomenclature aside, basically this means the new Samsung is literally the best possible definition you can get. You won’t need to worry that your old shows will look terrible though, because Samsung is including a proprietary AI to enhance lower resolution video to look good in 8K. Now you can watch “Golden Girls” just like Betty White envisioned at the time. Samsung has also thrown in all their usual high-end television enhancements, like ambient mode, the One Invisible Connection (incorporating everything into one cable to make the appearance neater), SmartThings, and a Universal Guide (smart search that lets you easily find shows across live tv and streaming).

There’s no word on price yet, though based on the newness of the technology it’s safe to say you are likely going to pay the same for a Q900FN as you would for late-model Honda Civic, but unlike the Civic the Q900FN will entertain you as well as be more aesthetically pleasing. It also requires far less oil changes. Stay tuned to Samsung for details on pricing, and expect to see these shipping by the end of September.