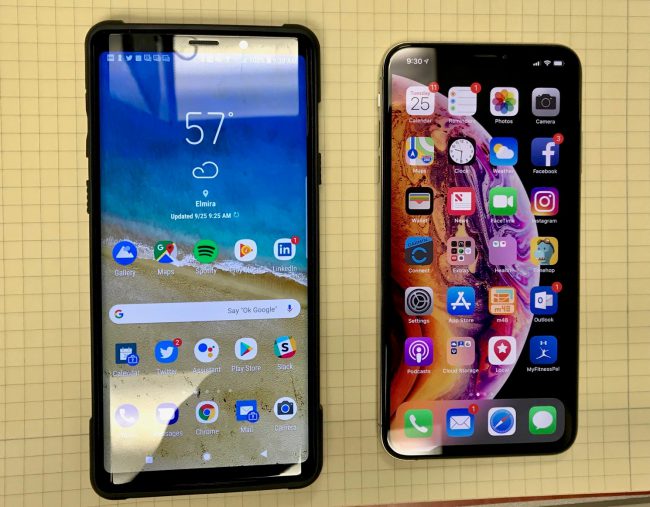 It is natural to compare the new iPhone XS Max with the recently released Samsung Galaxy Note 9, as they are the two flagship phones from the two most important smartphone companies in the world.

This type of comparison is going on everywhere right now, and tends to devolve into similar areas of debate:
– Dimensions and weight
– Screen size and pixel density
– Processor and RAM
– Storage and expandability
– Synthetic benchmarks and softly estimated ‘launch time’ tests
– Too many ‘but this doesn’t matter’ items discarded to allow naming a ‘winner’

As I said, you can find these all over the media right now … but in my opinion, they are completely useless. Why?

As the picture shows, the Note is taller than the iPhone even without factoring in the case – and you can’t see that it is also thicker. Otherwise, the phones are similarly large, similarly powerful – and similarly expensive. These are both fantastic devices that could replace most of your computer needs and easily last you a few years before needing an upgrade.