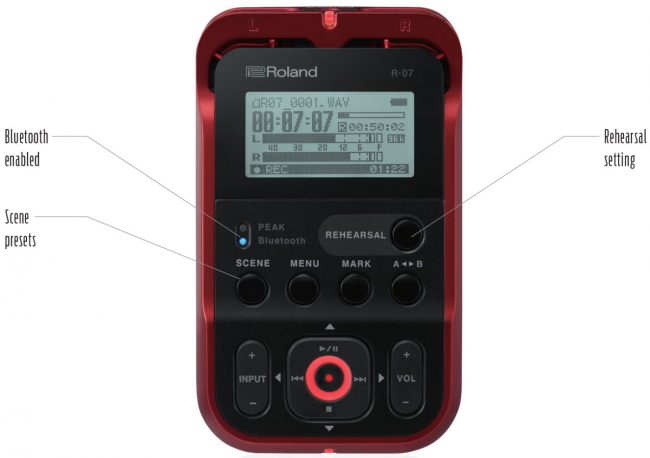 In many ways, you can compare the Roland R-07 to a smartphone microphone the same way you’d compare a DSLR to a smartphone camera. Except that while cameras have consistently and considerably improved on phones, the audio input has merely crept forward.

So while you can get decent overall audio quality from your smartphone, if you are serious about capturing audio on the go, the Roland R-07 goes well beyond smartphone capabilities while working with your phone and a variety of other devices.

Here are some of the specs from Roland:

– Supports mono and stereo WAV recording at rates up to 24-bit/96 kHz and MP3 recording at rates up to 320 kbps.
– Has top-quality onboard stereo mics and top-quality onboard stereo mics are always at the ready, while handy scene setups configure all the critical recorder settings with one touch.
– Is powered via two AA batteries or USB bus power, and comes in a choice of black, white, and red colors.
– Using the free R-07 remote control app on an iOS or Android mobile device, users can wirelessly manage various R-07 functions and monitor status and levels while the R-07 is placed in a prime recording location that’s out of reach.
– For added protection during storage and travel, Roland is also offering an optional soft zippered pouch (CB-BPR07) and a sturdy bag with a shoulder strap and pockets (CB-BR07). 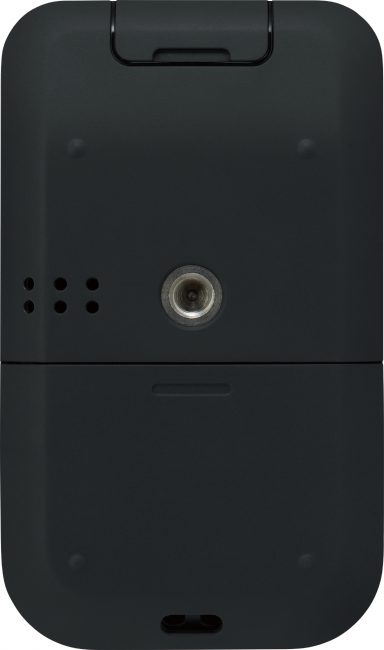 Before I dig in any deeper, let me be clear – if you are only interested in recording your child’s soccer game or even their school musical performance and have a recent high-quality smartphone, you will likely have no need for the Roland R-07.

However, if you are making field recordings where signal-to-noise is important, capturing an off-site speech for use in corporate promotional materials, or a musical performance that will be used for later public consumption, then you need to do better than just a smartphone. This is where the Roland R-07 excels – it fills that space between the smartphone and having to lug around pro audio gear.

Don’t get me wrong, if you are recording a performance, and you are looking for better quality than the typical smartphone microphone without much bulk, you will be better off with the R-07 than with any other portable recorder I have used.

The first thing I noticed taking the R-07 out of the box was that it felt built like a tank! Seriously, there was a heft to it, the rubberized packaging gripped easily and felt great in my hand, and I was never concerned what would happen if it fell off a table while recording.

It might sound trivial but this stuff matters. I have spent time playing gigs in my earlier years, lugging stuff around and watching it all get banged and bruised and dropped and tossed down. Some of the stuff I had from back in those days wasn’t up to the challenge, other stuff survives to this day and is still very useful.

The ability to add an SD or SDHC card to expand storage is a great way to expand the ability to record any amount of sound – while it has become more of a standard feature, for many years we were stuck with fixed memory recording devices. The rugged packaging presents a bit of a trade-off, as getting the cards in and out of the R-07 can be a bit fiddly and take a couple of tries. For me, the other connectivity methods mean not having to constantly swap cards, so I never found it particularly inconvenient. My only comment is that I actually had to grab a 32GB card since everything I had lying around the house was either 64 or 128GB – storage is so inexpensive that support for higher capacity would be a great addition, though perhaps it was a compromise to keep the price down.

On the back, you also have a hole for a cord strap and a tripod mounting hole. The tripod, in particular, makes the R-07 usable in a studio setting, where the microphone placement can easily be controlled while keeping the interface easy to access and view.

I look at the R-07 as the type of gear that will take normal abuse and survive – which is exactly the type of ‘don’t have to think about it’ gear you need. As someone who has equipment more than 35 years old that I still use, the simplicity and ruggedness of something like the R-07 is very much appreciated. 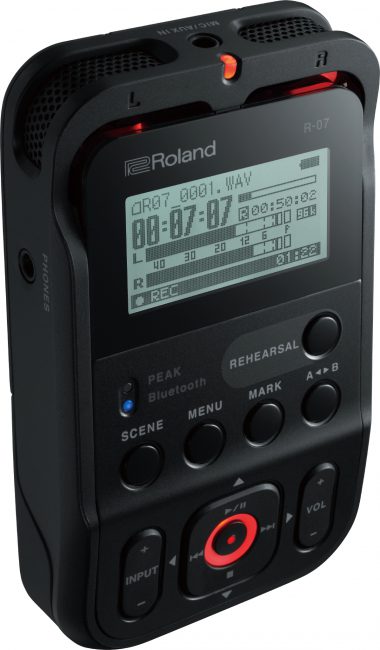 I was honestly a bit nervous about functionality when I saw that this was a battery-driven recorder with a bunch of buttons and a small interface. Given the feature list, my expectation was an inscrutable interface and interminable menu trees, controlled by cryptic buttons. Fortunately, I was wrong. Starting the R-07, you are greeted by the main interface, with VU meters for the twin microphones and access to a number of features directly through the buttons set at an angle on the lower portion.

At the top are a pair of omnidirectional microphones that operate as a stereo pair. They are shielded to help guard against abrasions and external damage or bumping noises, but there is not a windscreen to prevent noise of that type. It is a tradeoff that some might debate, but I tend to think it really depends on your planned usage – if you are looking to record low-volume sounds in a windy environment, you might have some issues, but I never had an issue with normal sounds and typical outdoor ambient sound levels.

Also at the top is a connector to plug in a 1/8″ microphone. This can be very useful if you need to record voices with a lavaliere mic or otherwise do specialized recording beyond the standard omnidirectional microphones.

The main interface buttons include the usual record, play, stop, forward and reverse. You also get to alter your input level and output volume. I love the buttons themselves, they are solid feeling rockers set off at an angle from the main interface and the action-edges are raised so very quickly you will be able to use them without looking at the R-07. There is an LED indicator that will be red or green to indicate record or playback, and blinking or steady to indicate paused or active status. Again – something simple that is incredibly useful.

Above the record and playback buttons are two rows of interface controls. The top has the Peak level and Bluetooth indicators and a dedicated button to trigger Rehearsal mode – which allows you to capture your entire band, even at high volume, in order to set the appropriate recording level. The row of buttons below that get at the extended feature set – you have Scene, Mark and A/B buttons, which allow you to set markers in your audio to reference later – I will dig into these more later while discussing sound quality. The Menu button lets you access all of the settings features.

The R-07 is powered by two AA batteries, which provide an estimated 16 hours of recording and 30 hours of playback time. After I drained the first set of batteries I switched to rechargeable, which doesn’t last as long per charge but allows you to use the USB port to recharge – and the ability to rapidly exchange batteries means you are never without power.

Compared to older popular recording devices, one great new feature is smartphone integration. I immediately installed the app on my phone and my Apple Watch, which serves as a great remote control. 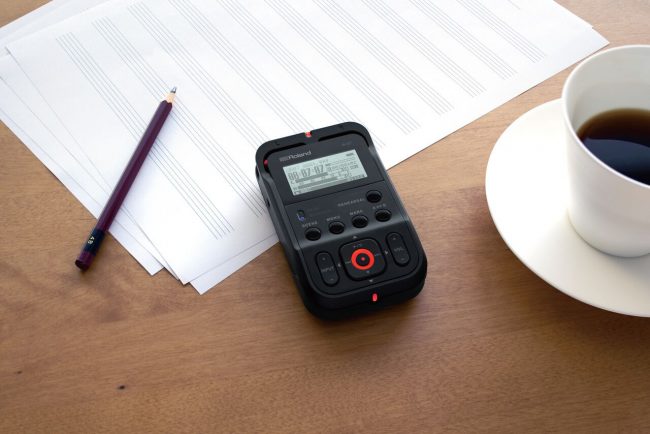 The R-07 is called a ‘high-resolution recorder’ for good reason – it does a great job of capturing audio with high fidelity in a wide variety of settings. Whether in loud rooms, quiet fields, or anything in between, the R-07 has you covered.

One of the first things you will need to learn is Scenes. They get at your various recording scenarios including Off (for manual configuration), Music HiRes, Loud Live, Instrument, Vocal or Field. Each of these has default levels, limiters, frequency cutoffs, sample rate. But these are really just starting points – you can customize anything you want and save it as a new Scene to use later.

The A-B function allows you to repeat playback between two points – you use the button to mark the two audio points and then use the forward and back buttons to jump between those points. The Mark button allows you to put a reference marker in a WAV file to come back to later – and you remove markers the same way.

Working with audio on the R-07 is both simple and offers surprising depth. I started off just recording some basic guitar through the microphones. Then by changing the level and position, I was able to push the system to need new settings for level and filters. I switched to plugging in a synthesizer into the microphone port and choosing the Instrument scene. I also recorded myself talking while walking through a large manufacturing warehouse and a windy parking lot. It was only in the case of high winds that I found any interference with sound levels, which I could mitigate by protecting the microphones from the wind – but in a different setting, I might be better using a compensated microphone to deal with the winds.

This is just one example of the myriad features that make the R-07 incredibly useful for musicians and others seeking high-quality recordings in a number of settings. And selling for about $200 the R-07 offers solid quality, durability, loads of features, and a great overall experience at a great price.

The Roland R-07 has a list price of $199.99 and is available through Roland or at music retailers everywhere.

What I Like: Excellent sound quality; rock-solid build quality; easy to use; deep feature set.

What Needs Improvement: Support for SD cards larger than 32GB would increase usability