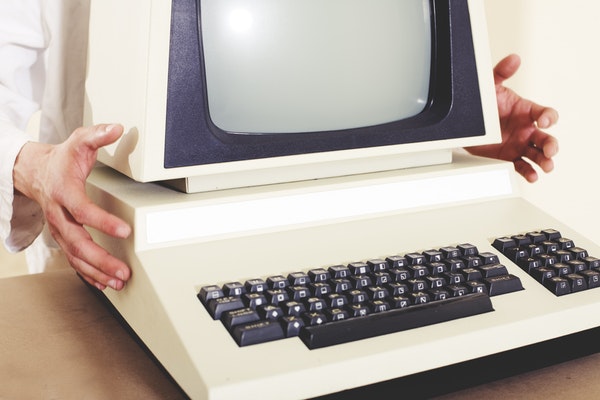 Over time, most people and businesses accumulate computer hardware and networking equipment. But once you no longer need a piece of hardware, there’s no sense in keeping it around. So, what do you do with it?

What to Do with an Old Computer

Computers are tricky. While an old laptop might not take up a ton of space, desktop computers certainly do. But in either case, you’ll want to take some precautionary steps prior to getting rid of the hardware.

“Computers house all sorts of toxins that are bad for the environment and all of us who live in it,” tech blogger Suzanne Kantra writes. “Not to mention the personal information—passwords, account numbers, license keys or registration numbers for software programs, addresses and phone numbers, medical and prescription information, tax returns and other personal documents—that you would rather not fall into the wrong hands.”

To start, back up any files that you want to keep from your old computer onto your new computer or device. Thanks to the cloud, this step no longer has to consist of cords, cables, and disks. It can all happen quickly and virtually.

Once files are saved and backed up, you’ll want to wipe your hard drive clean. (Simply deleting files isn’t enough.) Here’s a guide from Consumer Reports that outlines exactly how to wipe your computer clean of personal data.

Once the computer is safe to get rid of, you have a number of options. If the computer is really old, recycling may be the best choice. (Just make sure you recycle through a company with an accredited computer-recycling program.) If it still has some useful life left in it, but is too old to command any value, consider donating to a charitable organization, school, or company like Goodwill.

Finally, if the computer is still fairly new and in good working condition, you can sell or do a trade-in. (Many companies like Best Buy and Amazon have trade-in programs that will give you credit toward your next computer purchase.)

What to Do with Used Networking Equipment

One of the best things about pre-owned networking equipment is that it typically holds its resale value quite well. This makes it easy to sell your used routers, network switches, and other related components. But if you’ve never done it before, you’re probably wondering what this process looks like and/or what options you have.

If you run a business and are selling an extensive amount of networking equipment – particularly enterprise networking equipment – it’s highly recommended that you partner with a used networking vendor. These vendors understand the market, have existing customers, and know how to maximize value. If you only have one or two items to sell, direct-to-consumer sites like eBay, Amazon, and even Craigslist may be good options.

Donating is also an option. Try finding a non-profit or charitable organization that has a need for upgraded networking equipment. Not only will your gift help them, but it may also qualify as a tax write-off. (You’ll have to consult a CPA to see if this is the case.)

If your networking equipment no longer has any value, you have the option of either recycling it or repurposing it. Routers, for example, can often be reused in creative ways. Explore all of these options before tossing your equipment.

What to Do with Used Parts and Components

If you have old computer parts and components – like hard drives, graphic cards, keyboards, monitors, cords, etc. – your best option is to sell these items individually on a site like eBay or Craigslist. You can also get rid of them by donating. If you do choose to donate, please be sure that the parts and components actually work. Nothing is more frustrating for these companies than to get equipment that’s faulty. Then it becomes their problem to safely dispose of it.

What Will You Do?

There’s no playbook that says you have to follow a specific set of steps to get rid of old computer hardware or networking equipment, but – as you can see – there are plenty of options. From selling to donating to recycling, you can choose the option that easiest and most cost-effective for your situation.