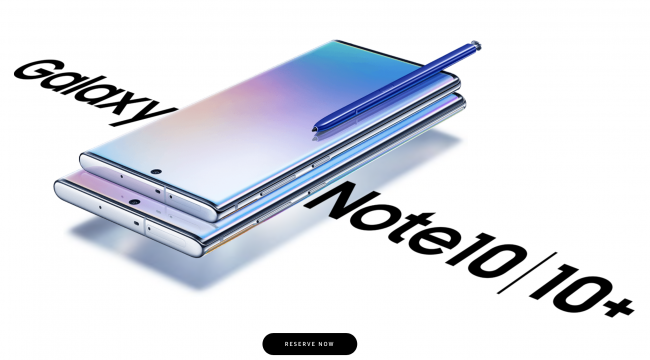 If the era of the $1000 flagship phone is over, someone forgot to tell Samsung. At their Unpacked event in New York, they introduced their new flagship Note phablet in three varieties, and also highlighted a couple of other recently announced products.

But it is the Galaxy Note 10, 10+ and 10+ 5G that were the stars of the show, and Samsung has answered the question of whether the Note series can still tower over other large screen phones with a resounding YES!

The Note series started out as the original Android flagship – it wasn’t the first Galaxy or first phone with a larger screen, but with the combination of a huge screen, top-end specs and the stylus, it offered a breadth of capabilities unmatched in any other phone. As a fan of the Newton MessagePad, I was immediately drawn to the original Note, and since then have had the Note 2, 3, 5, 8; the Note 9 remains my primary phone a year after release. 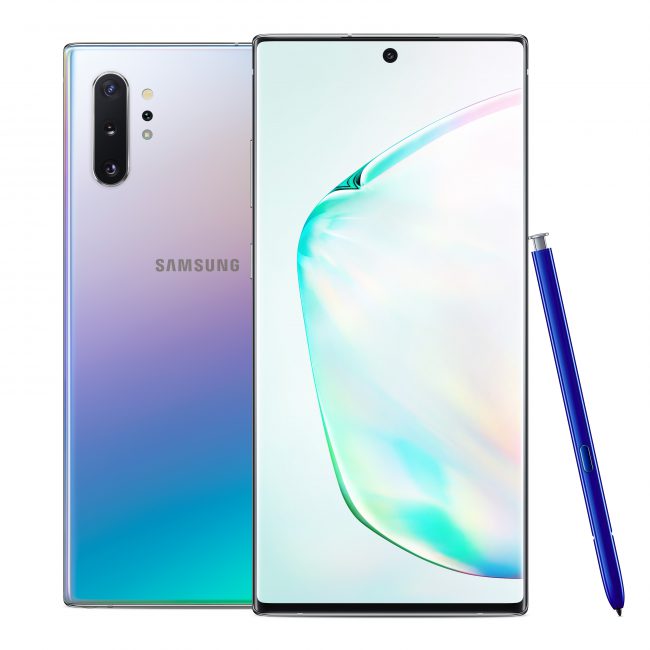 The spec sheet for the Note 10 is huge, so let me try to break down the compelling features that grabbed my attention today:

– Edge to Edge display: smartphone bezels keep shrinking, but by changing the top bezel to a single punch hole and also eliminating the bottom bezel, the Note 10 is about as close to ‘all screen’ as is possible. And the screen is another of Samsung’s amazing Dynamic AMOLED displays with HDR10+ that is reportedly the best Samsung has ever made.
– Power and Charging: I STILL get all-day battery life with my Note 9, and for the Note 10+ Samsung has bumped the battery to 4300mAh (3500mAh for the Note 10) while using a more efficient chipset. The Note 10 also supports fast wired and wireless charging, as well as the new ultrafast charging with chargers up to 45W. It also supports reverse charging, allowing you to tap into that massive battery to help out other devices that support wireless charging.
– The Smaller Note 10: while most Note purists will immediately jump at the 6.8″ screen model, Samsung has finally put the powerful S-Pen stylus in a smaller model phone. The 6.3″ Note 10 comes in two flavors (8GB & 12GB of RAM), has a fully functional S-Pen and large batter in a package just slightly wider than the Galaxy S10 but loses other features.
– SD Card Still Supported: the Galaxy Note 10+ allows you to add a microSD card up to 512GB to increase the total possible storage to 1TB. The microSD is slower than internal storage, but it is great to have the option – especially with storage so cheaply available right now!
– Advanced Cameras: the camera arms race continues unabated, and we are the winners! Samsung has packed the Note 10+ with FIVE cameras plus a 3D scanner system! It all looked amazing in the Unpacked demos, but real-world performance of the more ‘showy’ elements remains to be seen. That said, I have found the Note 9 pretty much on par with my iPhone XS Max and Google Pixel 3 in terms of taking excellent photos using the front and back cameras – and I can’t wait to try out the new systems!
– Ultra-powerful S-Pen: the Note 9 introduced the bluetooth connected S-Pen with wireless charging, and I was immediately floored by the added power and flexibility. For the Note 10, Samsung has made the S-Pen more efficient and more powerful, adding commands and an open SDK, and also adding handwriting recognition to translate written text instantly and transfer it to many other applications.
– Available 5G: the Note 10+ 5G will allow you to connect to 5G networks as they begin to show up over the next couple of years. This is an incredibly powerful system, but one with plenty of limitations even in areas where tower repeaters have been installed. For those of us outside those areas – waiting might be the best option. But if your area is ready – Samsung has you covered!
– Pricing: the Note 10 series models range from $949 for the base Note 10 to $1199 for the fully loaded Note 10+. The 5G pricing is $1299/$1399 based on storage, and is available in the Verizon carrier model only right now.

There are so many other features that get at the core and expanded uses of the Note – top-end processors, great industrial design, better connectivity with Windows, and more. Samsung also highlighted their new tablet, the Galaxy Tab 6 as well as the second generation Galaxy Watch Active which looks to fix many of the shortcomings of last year’s model (I ended up giving mine away after never ‘clicking’ with it as a running watch). 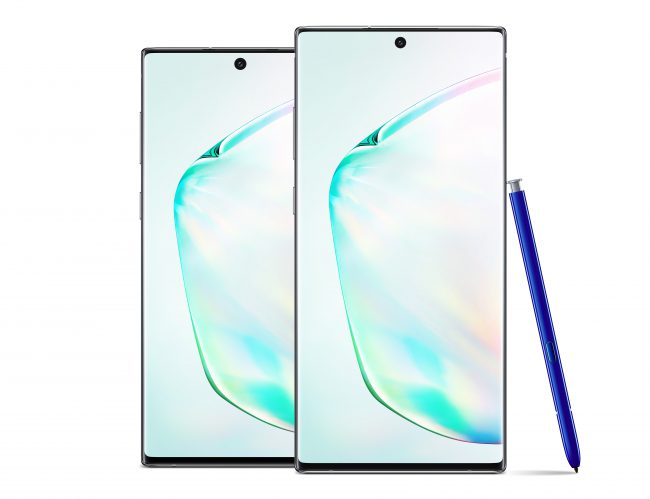 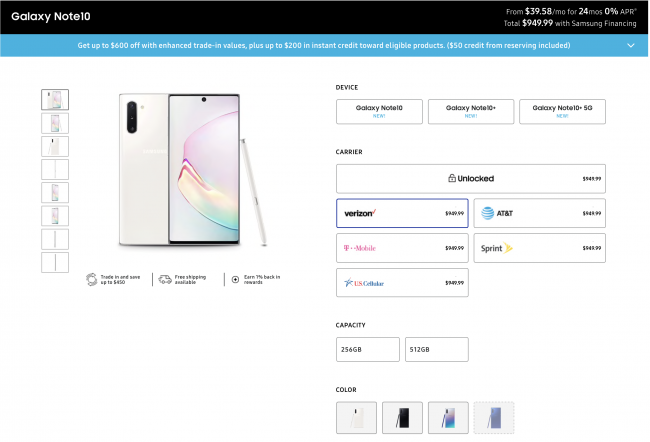 Samsung has their pre-order page up and ready, accepting trade-ins (albeit for less than the initial reservation system estimated) and offering loads of options and accessory kits. Check it out at Samsung.com!

As I said, the Note series has been my go-to Android device since 2011 – and I have found the power and utility of the phone and stylus to make it worth the steep pricing. So for me, a pre-order was never a question of ‘if’, but ‘when’. And the answer to that was ‘as soon as I got the email’. Now it is a matter of waiting until it is delivered on August 23rd.

Update: If you’d like to see how the Samsung Galaxy Note 10 and Note 10+ cameras perform, do yourself a favor and check out UberGizmo’s rating!