The Activ5 was first announced way back at CES 2017 as the “tiny gym in your pocket.” While the slogan is fantastic, there’s only one question I really have — can it actually work? 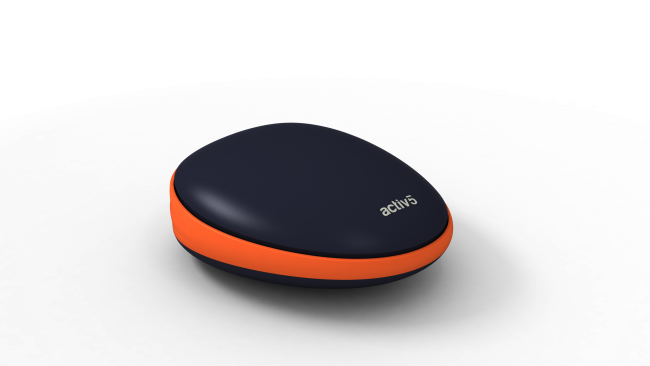 Considered to be a muscle trainer, the Activ5 is an isometric based exercise device currently available in Apple Stores; its entire premise is being able to give you a workout wherever you are: your desk, in an Uber, in the gym, you name it. Paired with a companion app, the premise is relatively simple. 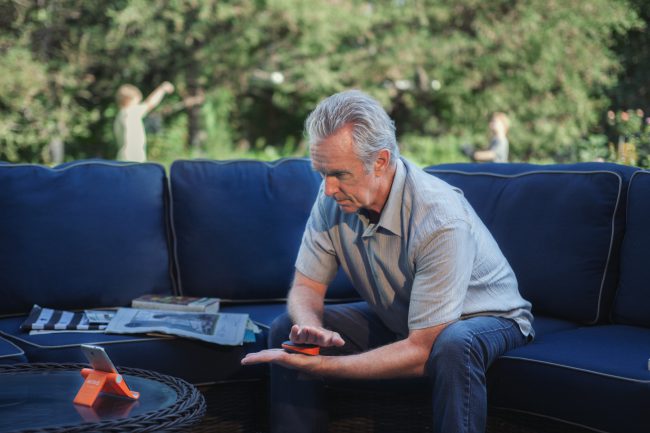 Holding down a single button on the device, you connect the Activ5 to your smartphone via Bluetooth, and once paired you go through a simple tutorial. While you go through the tutorial, it allows you to track your strength over the course of a few workouts, allowing you to set the maximum power you want to use for any given exercise. There are over 100 total exercises that vary depending on the body type including core, forearms, triceps, back, quads, and more. Each of the exercises come complete with a tutorial that makes it super easy to follow which I thought was pretty nifty. One thing to be mindful of is that for some reason Activ5 only runs in Portrait mode, which is a bummer if you prefer to use a tripod at the gym to make sure you can see the phone straight up instead of picking it up after every exercise. 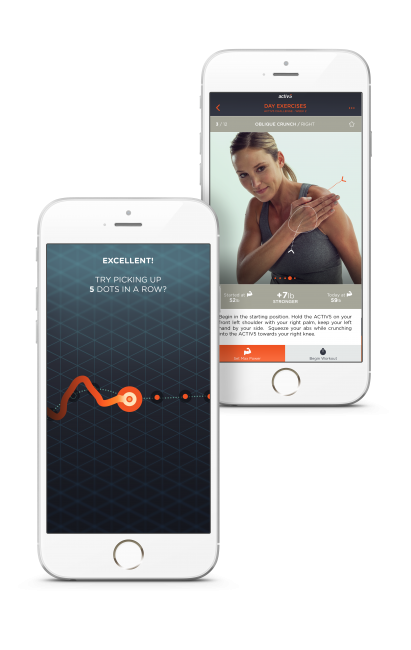 The Activ5 runs off of a single AAA battery which is stated to last up to a year with moderate use; obviously that varies the more you use it. 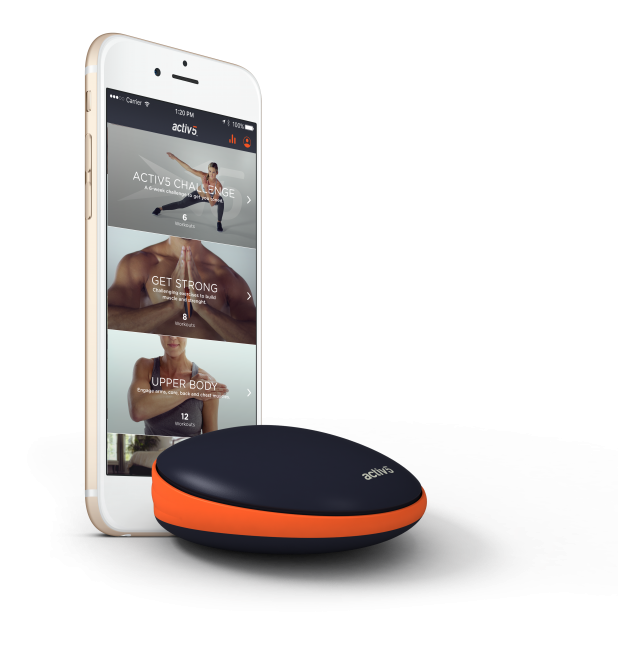 Inside of the package I received were the Activ5 puck, instruction manuals, and a cable for charging. Depending on what pack you order, you might receive a water bottle or a towel; I received the bare minimum which is completely fine. 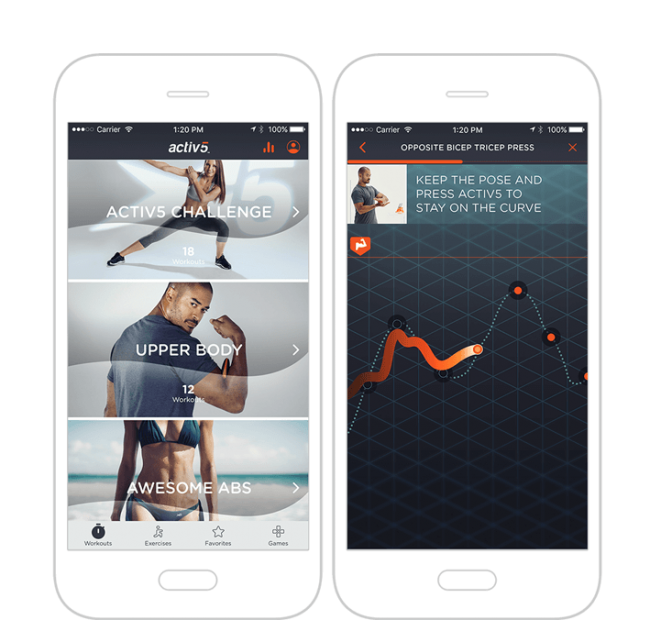 When doing the workout, depending on the complicity of the exercise, there’s a “rate monitor” that when you apply pressure will flow similar to an EKG. With this, you’ll have to alternate between pressing harder onto the Activ5 or releasing the tension, to accomplish your goal in a steady manner. I admittedly thought the gadget was a bit gimmicky and something that I wouldn’t bother using, not because of its hockey-puck-like look, but the fact that it’s just another device that honestly I wasn’t sure I would keep up with longer than a few days. But surprisingly I’ve used it more than I thought, especially at work.

In those moments that I do use it, I tend to use the 5-minute full-body workouts, which are low maintenance but get the job done when I cannot readily find a gym; there are other plans to fit any use case scenario as well.

The majority of the workouts tend to last about 15 seconds, and while that doesn’t sound like a long period, when you’re doing workouts like a plank crush, or areas that focus on holding in a position while squeezing the Activ5, it can feel like a lifetime. If you’re wondering, imagine doing wall sits for 15-30 seconds, but having to use your complete upper body to press your arms to the device. There’s ways to “gameify” this by doing things like flying rocket ships,v but I feel as though that’s a bit gimmicky.

One bit of a negative for me is the consistent need to use your phone. In order to get to the next exercise, you’re required to tap your device, which is a bit annoying, especially when you have the Activ5 in between your hands, and tends to throw me off of my workouts. For example, I tend to get in a quick workout on the weeknights by using the “Working TV” settings from the app. While a great routine to keep myself idle even at home, I struggled attempting to read the screen on my phone because of the apps ridiculous color scheme.

Despite that, the Activ is a great “substitute” device when you cannot get to a gym, but it’s certainly not a replacement to it. If you have a low threshold for working out or only a few minutes in between meetings, this is a great way of strength training and holding yourself accountable and motivated on your skip days. Would I suggest purchasing? Yes. Is it great for traveling? Absolutely. It can be done in your airplane seat or the aisle if you decide. I just wish that the app would be updated a bit so that you don’t have to rely on physical screen taps in order to get through the workout. 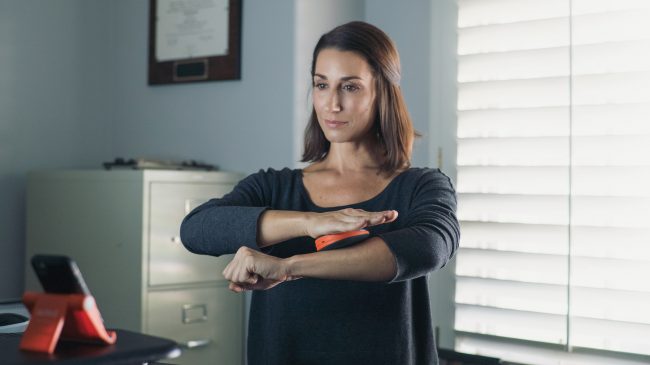 Activ5 packages start at $129.99. For more information or to purchase the Activ5, head over to their site.

What I Like: Simple workout; You can get a workout done in as little as 5 minutes

What Needs Improvement: Price is a bit high