I’m excited to attend the 2019 Qualcomm Snapdragon Tech Summit again this year; it’s a chance to get an early look at the technology that will drive the next generation of mobile devices. The Summit is just beginning, but its already clear that Qualcomm has a lot to share. As you might expect, 5G and AI are centerstage. 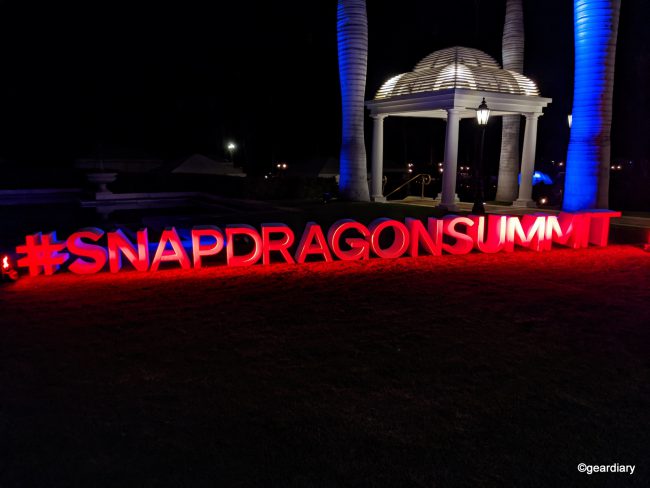 Today is day one of the Summit, and Qualcomm has started off in a big way by unveiled two new 5G Snapdragon Mobile Platforms. The platforms will play a key role as 5G coverage and the devices that can leverage the new blazing fast speeds grows in the next few years. The same holds true with AI. We’ve already gotten a taste of what artificial intelligence can do, but it’s just the beginning. With these new platforms, Qualcomm is making it clear that the future is 5G and AI and that future is now. 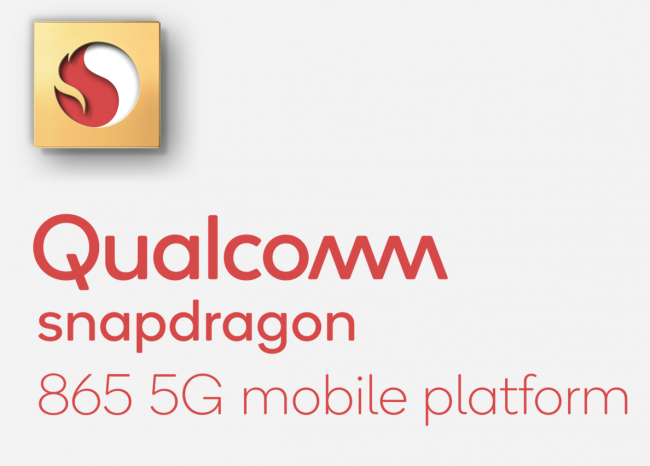 Center stage is Qualcomm’s new flagship Snapdragon 865 Mobile Platform. With the most powerful 5G platform yet its arrival means the next generation of flagship devices will have connectivity and performance we could only dream of just a few years ago. 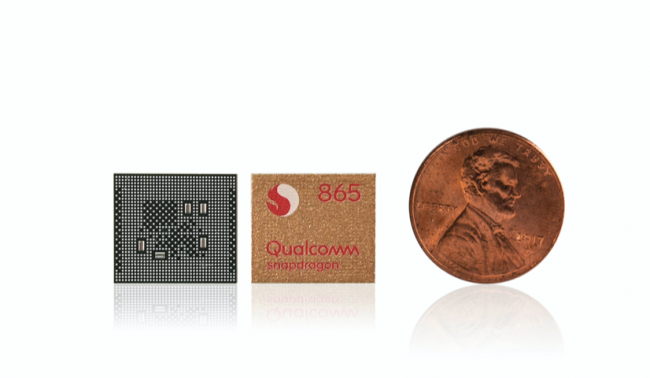 It never ceases to amaze me how something so small can be so powerful.

We will hopefully get a sense of which devices will be the first to leverage this amazing new technology. For now, however, I’m just happy to know that the advancements we’ve seen in recent years aren’t slowing down. 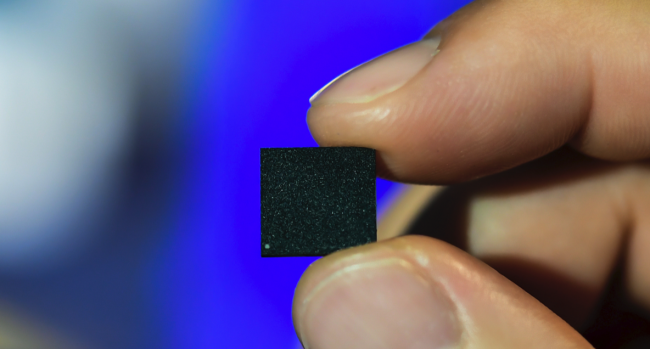 With its integrated 5G connectivity, advanced AI processing, it will become the foundation of the next phones targeted to mobile power users. Moreover, the inclusion of select Snapdragon Elite Gaming experiences promises to make mobile gamers happy.

This excerpt from Qualcomm’s press release paints an exciting picture of what the future will bring:

We can’t wait to see how these new platforms perform and what it will mean for those of us who rely heavily on the pocket computers we previously referred to as phones. We will have more details on the new platforms tomorrow. In the meantime, if you want to share in the news you can watch Qualcomm’s Livestream at 9 am HST each day.

2020 will be the year of scale for 5G – Cristiano Amon, President Qualcomm. #SnapdragonSummit #5g pic.twitter.com/dtOqhi2M2Z

Hello from @Qualcomm’s #SnapdragonSummit. Last year here in Maui they were talking about the 5G future. Amazing to see how big a difference a year makes! pic.twitter.com/wndmHranoc

. @verizon making strides with 5G; they have 7 5G phones available, and they have the innovation and infrastructure to keep up as the technology progresses with 18 5G cities now and 30 by the end of the year. #SnapdragonSummit pic.twitter.com/ywBKo9fIjs

Qualcomm shows us at #SnapdragonSummit which 5G features are coming to which countries in which years – super helpful. pic.twitter.com/5eKEQ7ZNiL

#Verizon has several 5G labs focused on different areas including

@cristianoamon declares 2020 will be the year of the super app bringing unprecedented experiences to consumers all thanks to 5G #5GIsHere #snapdragonsummit pic.twitter.com/w866a7x0AW

5G will bring on the development of Super Applications with reliable, always connection to the cloud @cristianoamon #SnapdragonSummit pic.twitter.com/cJRTMBS4Cg

5G and AI are meant to be together to allow better capabilities to consumers all around. Elite gaming, even better cameras, faster speeds … Next year is going to be exciting! #SnapdragonSummit pic.twitter.com/3G0854qgOu

Motorola president Sergio Buniac: We are committed to foldable phones and 5G, and will introduce more products in 2020 #SnapdragonSummit

Qualcomm is bringing 5G to midrange smartphones with their new Snapdragon 765 chip. “Some of these features are not even available in our competitors high-end chips.” #SnapdragonSummit pic.twitter.com/qGxvhRg6Rx

The “Beast” as @Qualcomm calls it #Snapdragon865 is here..#SnapdragonSummit pic.twitter.com/5l2Pf2nk8V

.@Qualcomm talking about their new Snapdragon modem that could provide download speeds of up to 3.7 gigs per second. #snapdragonsummit pic.twitter.com/xoyu86GdPy

Motorola says that the foldable Razr triggers its return to premium phones, which will include 5G phones going forward. If you’re used to a $300 Motorola phone, just know these these future devices won’t be cheap https://t.co/p0EvnJHOU5 #SnapdragonSummit

Motorola says it will have the “fastest” 5G phone coming up, with speeds exceeding 5Gbps downloads. Phones coming in 2020 based on Snapdragon 865 and 765 from them. #snapdragonsummit

The @Qualcomm Snapdragon 865, which will power next year’s flagship Android phones, is here! #SnapdragonSummit @DigitalTrends pic.twitter.com/vEyG4i216f

Can you guess how many Qualcomm-powered @Xiaomi phones there are? 427 million! ? The upcoming Xiaomi Mi10 will be one of the first 865 mobile platform phones … And it will have a ridiculously high-resolution 108MP camera. ? #SnapdragonSummit pic.twitter.com/KSxtR1qDW3

Now our smartphones will be able to take 108 MP photos with the new @Xiaomi. Mind blowing to see the demo. This will be in many devices with the Snapdragon 865 platform. Bye bye DSLR? #5G #SnapdragonSummit pic.twitter.com/GRARMbP9J2

.@Xiaomi pre-announces a dual foldable phone prototype that will be shown off in January here at #SnapdragonSummit pic.twitter.com/4acfrQ0Llf

Nokia’s approach to 5G is to address coverage and use cases for consumers. To do that, here’s where Nokia is concentrating their efforts. #SnapdragonSummit pic.twitter.com/Xqp5Zg9QaZ

Lots of partners on stage confirming that they will be using new Snapdragon 865 or 765 hardware – Nokia, Oppo, Xiaomi. All appearing in 2020 #SnapdragonSummit pic.twitter.com/kkJakzQZLu

Could this be Nokia’s first 5G smartphone? The company says it’s focusing on delivering an affordable 5G experience via Snapdragon 765. #SnapdragonSummit pic.twitter.com/wYNoVqcd9k

And here are all the elements that @Qualcomm is integrating into their new #5G modules. That’s a lot of capabilities (and cuts out a lot of potential competitors). #SnapdragonSummit pic.twitter.com/SCriXItoJw

Qualcomm is describing 5G phone-oriented experiences to enhance attending live concerts. (Multiple camera angles, etc) But the last concert I was at, they had a sign that said something like “put down your phones and be here with us.” #SnapdragonSummit

As a long-time critic of in-display fingerprint readers, I’m eager to try this new version with a 17x (!) larger sensing area. That removes a huge pain point. https://t.co/f0ZBjch1bH #SnapdragonSummit pic.twitter.com/K98gfN2ckr

. @steveaoki explaining why he cakes people at his shows: engagement and unique experiences. No cakes today, though! ? He’s all for AI augmented experiences and merging science with entertainment to take his listeners into the future. #SnapdragonSummit pic.twitter.com/tVHOnchb9P