If you are like me and have an overloaded home connection due to things like smart home products, smartphones, tablets and more on a congested network, the Beacon 1 Mesh Router by Nokia is an affordable means to decongest your home’s Wi-Fi. 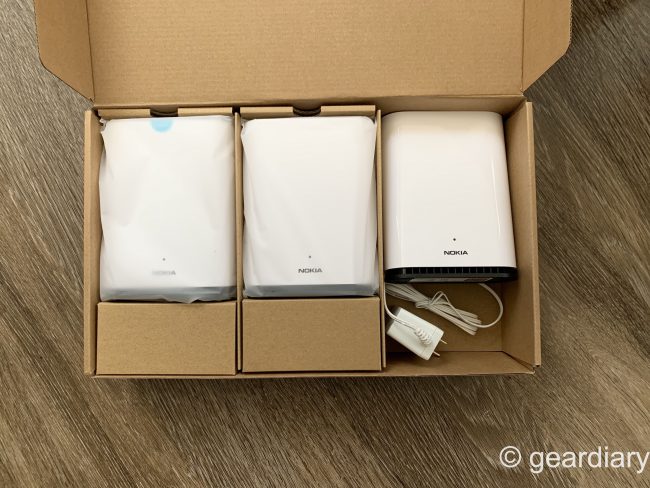 I received a set of three Beacon 1s to review in the effort of prioritizing the devices that I have connected to my home. But if you have a standardized router and rather not use another, the Beacon 1 is perfect as you can attach to your existing router in efforts to connect all of the things. This might come in handy if you have things like a gaming console or even a streaming service and rather than rely on a wireless connection, with the use of an Ethernet cable you can connect the two to more stable streaming or gaming. With the use of a companion NOKIA WI-FI app, you’re able to go through the process directly from your smartphone.

I use FiOS for an internet provider, and rather than deal with contacting them to allow access to be granted to a separate router for use, the Beacon 1 easily attaches to the FiOS router via Ethernet cable and setup literally takes less than ten minutes. Once plugged in, you simply wait for the first router (signified with a START tab at the top) to connect, which takes 2-3 minutes. Once it turns Blue/Green your device will instantly turn on, allowing you to finally set up a new account through the app, and leads you to a home screen that will either give you the chance to change your router name, give guest access to your network and many more. 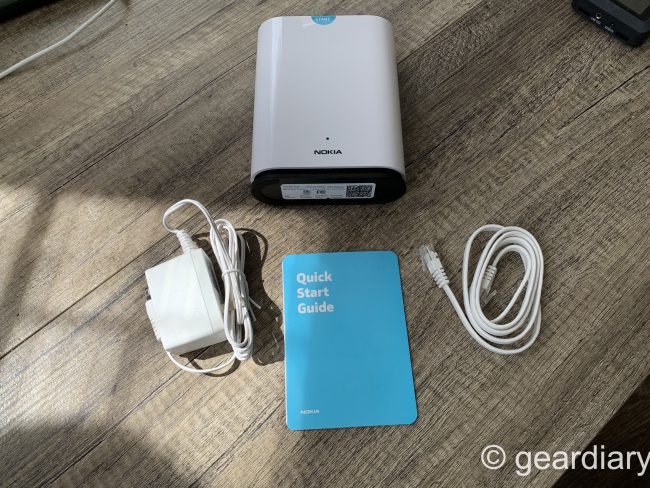 The Beacon 1 uses AC1200, which is the industry standard, and it comes in handy with quite a few functionalities. What I thought was interesting what the fact that the Beacon 1 detects both Wi-Fi and non-Wi-Fi interference, and it uses Intelligent Channel Selection to always choose the best channel and band. So if there is any interference from your neighbor’s Wi-Fi, your microwave oven, or a Bluetooth speaker, the Beacon 1 knows how to avoid it.

Paired with the Nokia Wi-Fi app, one of the three beacons acts as the router. All three are identical so it doesn’t matter which you pick to choose. Admittedly so, I screwed up setting up initially, but luckily there’s the ability to reset, or simply continue the setup with one of the other Beacons. 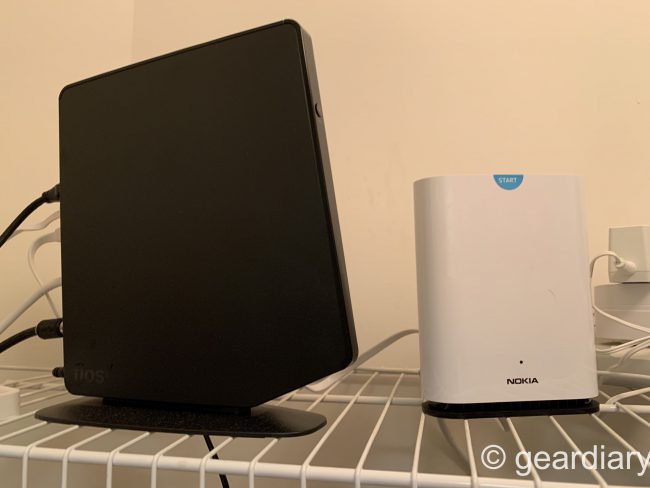 Once you scan the QR code on the bottom of the Beacon you’ve chosen, it will show up on the app (this process takes a few minutes). Once connected, using the provided power cable, you add the Ethernet cable to the back. Once you do this, you are connected to the Internet and can set up the remaining beacons. I placed the other two Beacons in areas where I would like stronger internet, or where I would like to use hard-wired Ethernet devices, such as my Xbox one and NVIDIA Shield TV. This is a process I couldn’t get from my FiOS router, but with the extra Beacons acting as an extender for the network, not only am I always connected to the internet, but I’ve seen fewer connectivity issues as well.

One caveat for me with the Beacons is that they need to be plugged in at all times. In theory, this is great, but I feel like we’ve reached the point in technology where the companion mesh router points should be able to have extended battery life and not be required to be tethered to a wall. For those who have mounted televisions or who do not want dangling cables everywhere for the sake of aesthetics, the Nokia Beacon is an amazing way of getting this done. 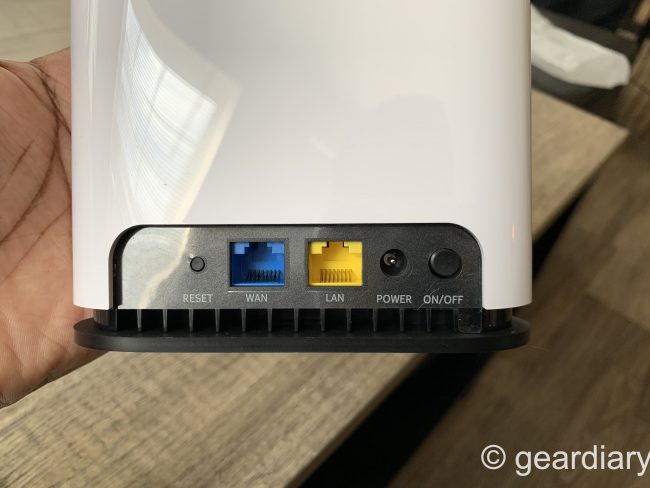 If you do not want to look at your app for details, the Beacon itself can notify you of connectivity with its glowing lights at the top of the unit. Red means that it’s too far away from other Beacons (they shouldn’t be more than two rooms apart). If you move it around, it will eventually turn green, which takes away some of the guesswork. Not only that, when properly used, the Beacon 1 uses digital fingerprinting to identify the types of devices that are connected to it to provide the best quality to each. For me, I know my TCL 4K tv is always connected to the internet, so the Beacon 1 knows when to direct more of the network path to that versus me using my connected iPhone that’s just casually browsing the web. Again, something the typical router cannot do.

Overall, I love my Nokia Wi-Fi Beacon and its been a great introduction to mesh routing systems for me, especially since I personally haven’t used Google’s Nest WiFi or the Eero. And at $129 for the Beacon 1 (a single unit), this might be just what you need to prioritize your bandwidth with the many devices connected to your network.

The Nokia Beacon 1 retails for $249.99, and it is available from Amazon [affiliate link].

What I Like: The ability to prioritize depending on what device is consuming the most bandwidth

What Needs Improvement: Initial setup with scanning codes was a bit flawed, but the process is easier now thanks to substantial software updates