If there’s a specific computer niche out there, someone has designed a device to fit it. It might seem weird to the average person, but depending on your needs it could be the perfect machine. That’s the sort of world the Lenovo ThinkBook Plus inhabits, as it is both an eInk tablet AND a full computer! 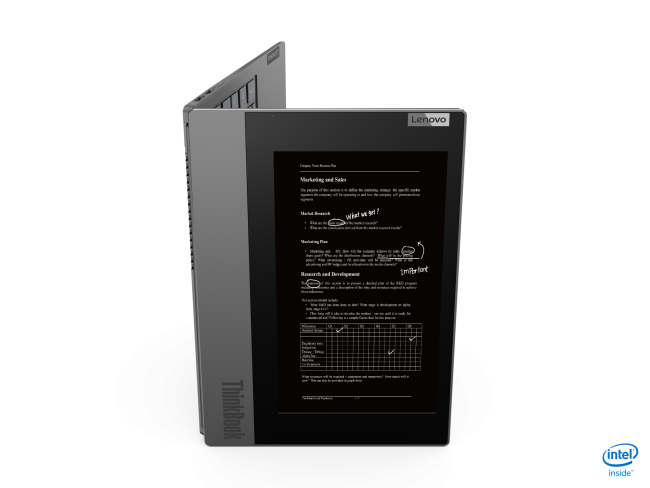 For most computers, the top lid is just kind of there. It’s a good spot to slap the company logo, and some users stick a few stickers on it to personalize the whole thing. Otherwise, no one gives it much thought. But on the ThinkBook Plus, the lid is a 10.8″ eInk display (!!), so you can handwrite notes, get calendar appointments, pull up documents, and even receive email and other notifications.

Inside, the ThinkBook Plus is a full Windows machine, with up to 16GB of RAM, Harman speakers, a fingerprint reader, and the usual Lenovo goodies. 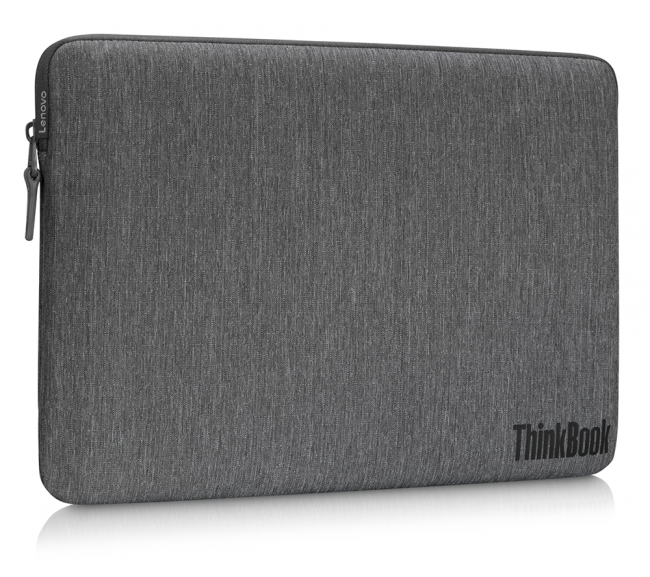 This is basically the definition of a niche machine, but it’s one that can have serious appeal depending on the meeting. Here’s an example: in my day job, most of my meetings involve me asking questions and taking a lot of notes. Every once in awhile, though, something comes up where I need to reach for a computer or tablet to do some research. It’s sort of rude to have a computer open during a meeting if you’re not actively using it, as it can act as a distraction or give the other people the impression you’re not fully focused on them. So the idea that the computer could be out and available, but also function as a note-taking/old school PDA when not used is actually fairly brilliant. It might not work for every scenario, but if it’s one that works for you, the hybrid ThinkBook Plus is coming in March 2020 starting at $1,199. 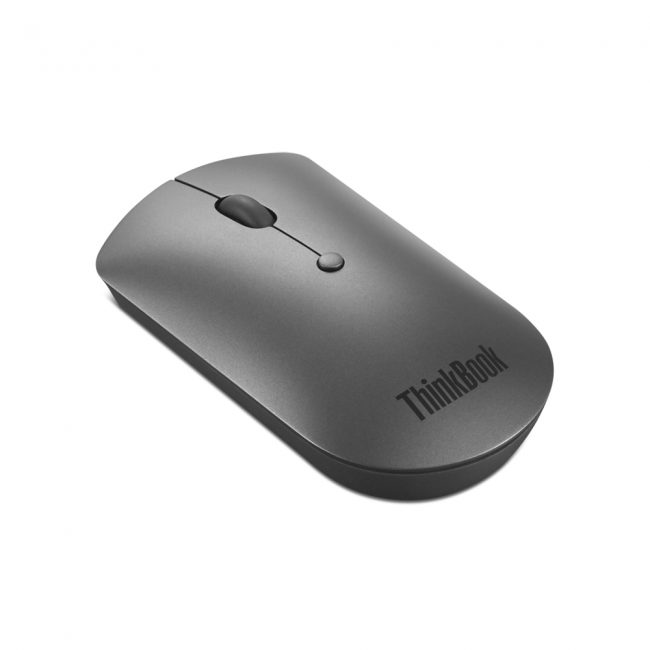 Lenovo also has some fun accessories for the ThinkBook Plus. There’s a padded sleeve with ThinkBook branding to keep your new device safe coming in April for $44.99. And if you like external mice, they’re going to be offering a Bluetooth silent mouse that can be used on multiple surfaces (including glass!) for $39.99, also in April.