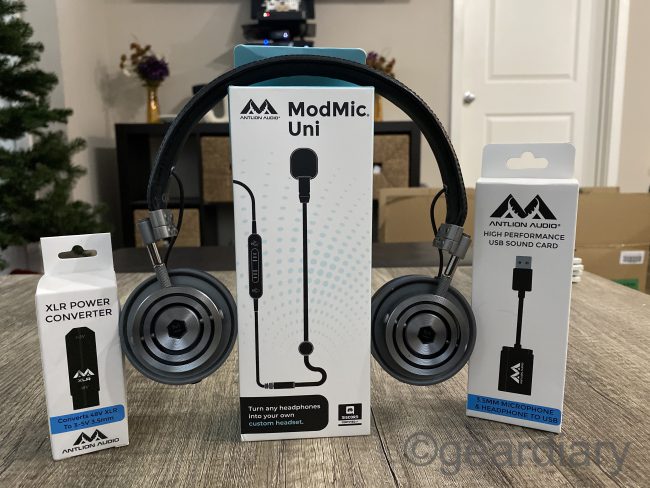 Over the course of the last few months, I’ve had the opportunity to review the ModMic Uni, which is a modular attachment boom microphone that attaches to your existing headphones giving you noise cancellation and unidirectional audio. The premise of the Modmic is simple: Using the 3M adhesive on the microphone itself, you apply the microphone to an already existing pair of headphones, connecting them to your setup (computer or interface) to allow you to create a live-stream or podcast that’s completely handsfree. 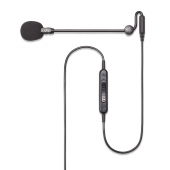 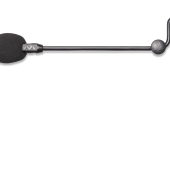 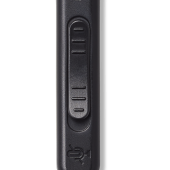 This fifth iteration for the ModMic is essentially the same build quality as the models before it, but Antlion has completely replaced all of the internals, making for better audio quality. If you’ve never used a ModMic before its ideal for a Live-Streamer for Twitch but can suffice when recording a Podcast, eliminating the need for cables, dongles, and microphones. More specifically the ModMic Uni features a Uni Capsule, and new RF shielding which when in use gives you almost-similar sound content as if you were using a standard microphone. Most Streamers will say they prefer a wireless headphone, and there’s an option in that for the ModMic Wireless, complete with aptX Low Latency Transmitter/Receiver, Digital Mute, mic pre-amp, as well as Uni and Omni mic capsules. With the ModMic Uni, you get that as well as the USB functionality to connect directly to your MacBook for recording. 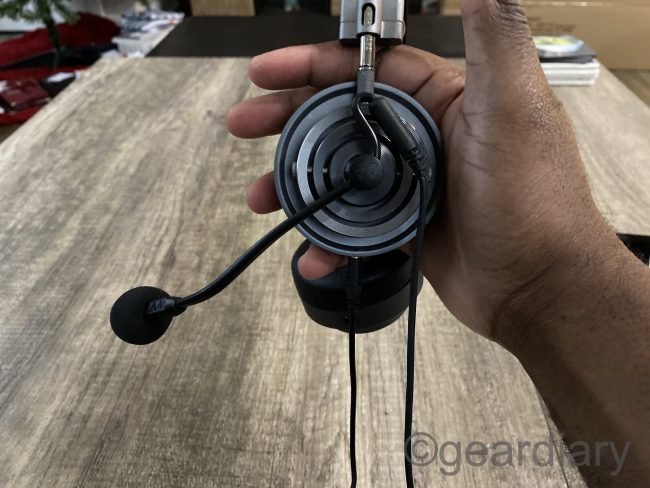 In my practice it’s MUCH easier for me to plug in the ModMic Uni than setting up my interface when recording, making this the ideal “on the go” recording setup. The ModMic 5 has a slim design, you can bend the mic slightly to make sure that you aren’t too close to the microphone causing distortion. 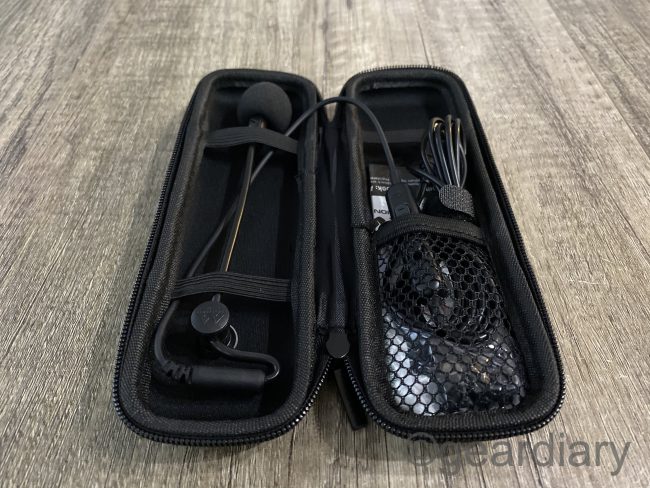 What’s unique about the mod mic unit is everything is built-in right there, even the boom arm allows you to position it, so it doesn’t have to be adjusted. But I did learn over the course of testing this that this works with certain headphones, not all. 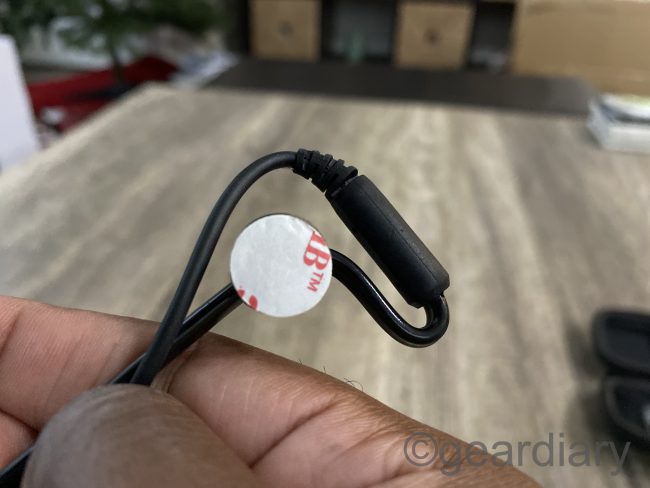 The reason why is because of the 3M adhesive. While it is nice to have, like any other adhesive it eventually falls off. 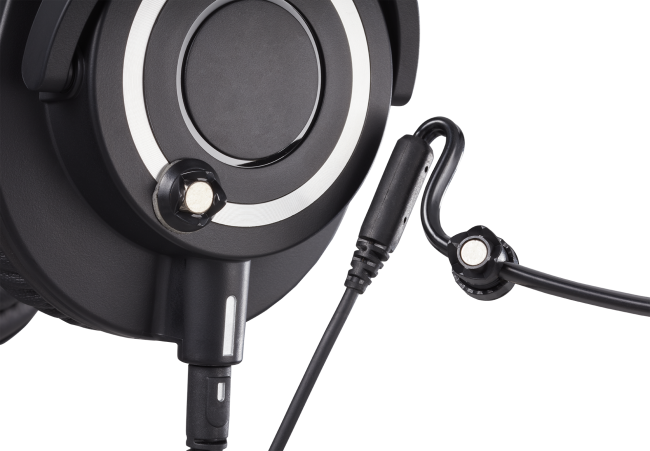 There is a Magnet base between the ModMic and the adhesive which is great, but if you have metal headphones, the adhesive that attaches to the headphones eventually will fall off. Using an attachable boom microphone that has an XLR port that can connect directly to your interface. This comes in handy for me personally when I actually do use my Zoom L-8, which will allow me to directly plug in the ModMic 5 into an external XLR port into the interface, and I can get the same quality without having to physically bring a microphone whenever I record. 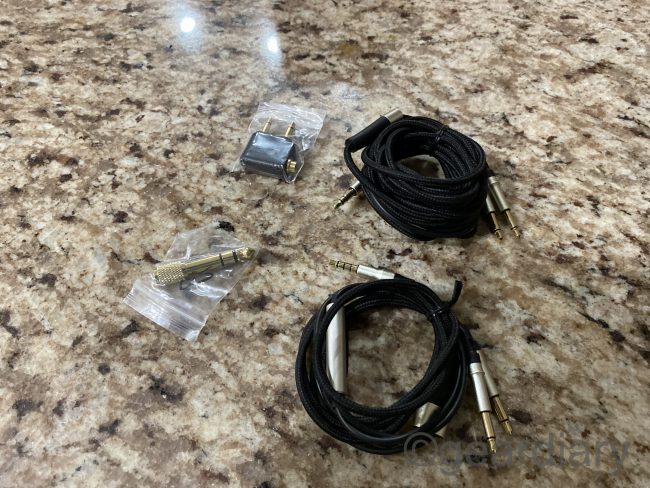 The company also includes two extension cables that go up to 6.5 feet. That will allow a single cable line to go through. But I still feel like six and a half feet is a bit too short, especially if you’re recording a studio or more.

One thing to know if you are a streamer is then you can move the mic, the mod mic up and down so when you aren’t recording you can easily be lifted, so you’re not catching the audio that you have from the mic. 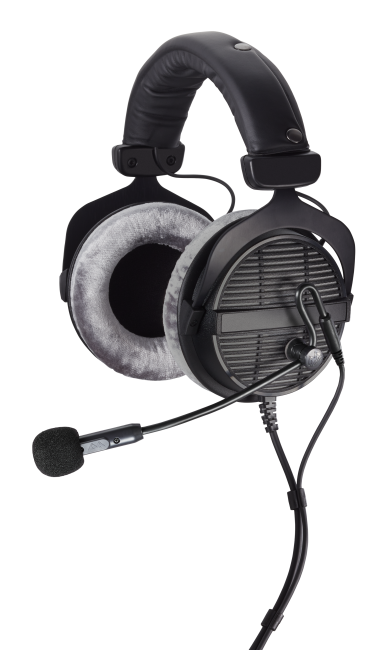 Lot of people that I’ve seen that use the ModMic complain about the environmental sound, because of room audio being picked up, but that’s usually because they are not in a quiet room which is ideal when recording any audio, especially streaming content. Another catch is that if you are not a PC gamer and enjoy console gaming, most of us sit roughly 6-10 feet away from the television and this would be hard to do knowing the cables are so short (and at the time of posting there’s no option of longer cables). If this is you, I would highly suggest the ModMic Wireless.

Aside from that, the ModMic Uni is fantastic in terms of Audio quality but that’s mostly due to your selection of headphones. But if you speak clearly and rather be hands-free this is a considerable option from a physical microphone.

For more information on the ModMic Uni, visit their website.

What I Like: Simplistic, works with your existing headphones

What Needs Improvement: Adhesive for magnetic base won’t stay on long