Whenever Apple releases a product, my expectations are that I will love many features but grab a glass of water because I anticipate the pricing will set my eyebrows on fire! So back when the original iPhone SE was introduced, it was a revelation by being the right phone at the right price. Fast forward four years and Apple has announced a NEW iPhone SE.

Not only does the new iPhone SE follow the trend of proven technology with a number of upgrades, even as flagship prices have increased by 50%, but it also does so at the same $399 price as the original! Released into a crowded market of new, recent, and upcoming devices, the iPhone SE immediately becomes the phone to beat. 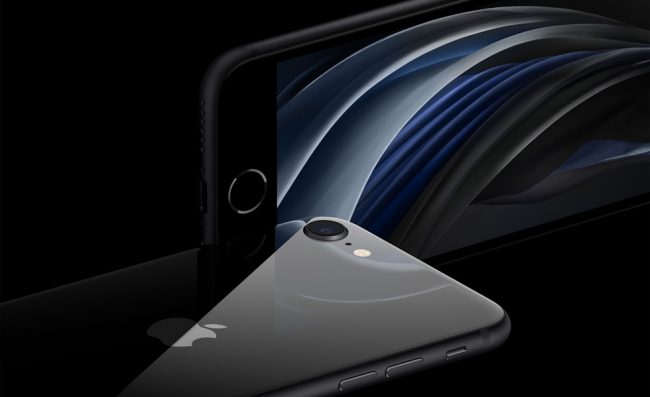 Proven Platform – Apple’s best selling iPhone platform was the iPhone 6, which they kept for the iPhone 7 and iPhone 8. During that time, they fine-tuned the design and features, streamlined the hardware, and enhanced the sub-components to culminate with the iPhone 8. Building upon that base, Apple is able to keep costs low using mature manufacturing processes and hardware modules while enhancing only those areas critical to updating performance.

Premium Build Quality – while other budget phones are full of cheap plastic, flimsy aluminum, and a creaky build, Apple delivers tight tolerances, premium materials, and an all-glass and aluminum device that no one would ever call cheap.

Flagship Level Performance – let’s just get this right out there: the $399 iPhone SE is faster and more powerful than literally ANY Android phone you can buy. It uses the same A13 Bionic chip that powers the iPhone 11 Pro series, and which outperforms even the Snapdragon 865! What does this mean in real life? Photo editing, video performance, gaming, and other CPU intensive tasks will all work better on the iPhone SE than on other competitive devices.

Updated Cameras and Networking – while Apple didn’t outfit the iPhone SE with all of the iPhone 11 series bells and whistles, it is on par with the 2018 iPhone XS flagship series in pretty much every way. Better cameras on front and rear, more video and camera modes up to 4K/60fps video capture (which is STILL absent from the Google Pixel 4 series). There is a single sensor on each side, which delivers better overall (and low light in particular) performance than the iPhone 8. The iPhone SE also gets WiFi 6 and an updated LTE antenna that can deliver optimized networking performance to take advantage of updates to local networks. There is no 5G antenna here – but for the overwhelming majority of the country, there will be no 5G in 2020 so that is not a real issue.

Incredible Value for Entry Level Price – for the US market, $399 is an entry-level phone. And in general, what you get for that price is something like the 32GB iPhone 7 (a 2017 phone) or the Google Pixel 3a (2019 budget phone with cheap glass, mediocre performance, and no wireless charging) – meaning either an older phone or one with lower hardware capabilities. The iPhone SE delivers incredible performance, a bright and fast screen, great networking, excellent cameras, latest operating system which will be supported with updates for at least four years, wireless charging and support for fast charging adapters. The base model also comes with 64GB, which is the same amount found in base models in most flagship phones – and you can double that storage amount for just $50 more!

Wild Card: Touch ID – while I love how FaceID works on the iPhone 11 Pro and Google Pixel 4, lately it has been inconvenient since I am wearing a mask quite often and suddenly the fingerprint reader on my Galaxy Note 10+ has been my fastest access point. So it is a really cool thing that the iPhone SE takes advantage of the excellent second-generation Touch ID system from the iPhone 8 to make getting into your phone quick and easy while wearing a mask.

Of course, there is one obvious area where this new design feels dated – the 4.7″ screen sits between a large forehead and chin that mean the overall phone is basically identical in size to the iPhone 11 Pro which features a 5.8″ screen.

So how does this position the iPhone SE compared to other devices? Compared to other iPhones this makes the sales pitch even more difficult; I love my 11 Pro, but is it REALLY worth $600 more? That same argument goes for ALL flagships – whether OnePlus, Galaxy or Pixel, the base level devices all perform worse, have similar storage, and only differentiate for the more advanced camera features. And there is simply no comparison for other phones in the same price range.

Apple has hit the absolute sweet spot of price, performance, and features with the iPhone SE, and I believe they will reap the benefits through massive global sales of the device.

What do you think? Are you interested in the iPhone SE? Do you think it will be a hit or a miss? Let us know in the comments!