Yes, the BlackBerry Bold and Touch Pro reviews are coming, but the Mini 9 showed up on my desk two days ago and I just had to post my thoughts on it, since it’s the first “netbook” I’ve really used since I sold off my Eee PC, and I could instantly tell what I thought of it.

Out of the box the Dell looks great. With its glossy black lid and compact dimensions, it’s absolutely fabulous to carry it around. This morning I left home early so I could go to the coffee shop for a little while before work, and instead of grabbing a laptop bag with my hulking MacBook Pro, I just grabbed the Mini 9, my USB HSDPA modem and was out the door.

Starting with the screen, and it’s a tick from me. The 8.9″ 1024×600 LED backlit display on the Mini 9 is wonderful. It’s beautifully crisp, with excellent colour saturation and brightness. Having used the Eee 701 and HTC Shift, it was a welcome change to use one of these things with a decent resolution. Sure, 1024×600 isn’t exactly huge, and 1280×768 would have been better, it’s good enough, and makes websurfing and general computing tasks a pleasure.

The screen works great in a brightly lit coffee shop or outside in the sun. Some people with complain about it’s glossy finish making the screen hard to see, or that all they can see is their reflection. Stop being so vain and self-obsessed!

The only thing that I can say negative about the display is the bezel surrounding it. The width of the bezel (about 2cm) has been partially masked with a two-tone effect, but it’s still clear that a 10″ screen wouldn’t have been to hard to add. Ah well!

Now to the other half of the clamshell: the keyboard. I’m not a fan. The problem with it is the keys are not in the right places, making it quite difficult to type without looking at the keyboard. The punctuation keys are the main issue, with several keys (like the oft used comma key) not in the correct place, resulting in plenty of errors and a general slowing down while typing. This problem was instantly highlighted to me when I tried to take some notes in a dark classroom. Since the keys were in odd places, it was impossible to type properly. In the end I gave up, since all I got was gibberish.

What makes the keyboard issue even more annoying is that it hurts and otherwise excellent little netbook!

Like all Dell’s that I’ve owned in the past, the Mini 9 was loaded up with plenty of crap to generally degrade the experience. From the McAfee anti-performance application, to the pointless webcam apps, it was just full of stuff that made the Atom process perform like it was running Vista. Fortunately after removing this blaot the Mini 9 speed up considerably. Boot times are good, and the general running of programs in XP is smooth and sweet.

I’ve become hooked on Google Apps recently, since it makes working on documents no matter what machine I’m using an absolute breeze. Take for instance an essay I was writing recently. I started writing it at home on my MacBook Pro, continued to work on it on the Fujitsu T5010 tablet PC (using Google Gears so I could work without using my data card), then made a few final touches on the Mini 9 before printing it out and handing it in.

Google Docs is a great companion for the Mini 9, since you don’t need to load big office suites to get work done. The Mini 9 only has a 16GB SSD, so space is at a premium, so limiting local apps to necessities and going online (and taking things offline with Gears) for things like email and document editing, things stay fast and light.

I should mention the webcam, which is a nice (if not expected) addition for travelers who’d like to be able to video chat with collegues and family when on the road. The quality is pretty average but heck, it’s a cheapy webcam on a $599 laptop, can’t really expect HD! I don’t really use my webcam much, but a classmate had great fun using the Mini 9 as a digital camera in a boring class 😛 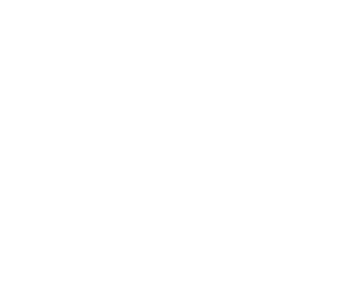 Not for the first time, a bottom rung notebook has beaten my MacBook Pro’s complement of USB ports. The Mini 9 has three, plenty for connecting a USB modem, a USB memory key and a mouse/keyboard. You’ll also find an SD/MS slot along the side for augmenting the storage without having things sticking out the side. With 16GB cards below $100 it’s a cheap way to instantly double your storage.

Battery life is better than I expected to be honest. I was thinking it would get around 2hrs (don’t know why, that’s just what was in my head) but it’s easily striking out to 3hrs and beyond with bluetooth on, WiFi off and a USB HSDPA modem sipping a bit of juice. I’d be eager to test out a bigger battery for some seriously long runtimes. It would make the Mini 9 bigger, but it ain’t large to begin with so that wouldn’t be too much of an inconvenience.

Despite the keyboard problems, I really do like the Mini 9. With a bit of tweaking it’s a smooth performer that looks good, feels nice, has decent battery life, an excellent screen and is easily tossed into a bag to go with you wherever you like. I’ll have the Mini 9 for a little while longer, and I’m hoping that I can come to like the keyboard and get used to it’s ergonomic quirks.