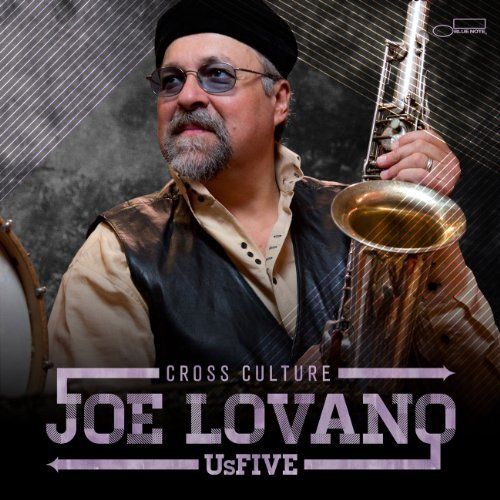 I have a huge library of jazz music stretching back nearly a century, and including representation from nearly every major (and most minor) figures of the art form. But like any other genre fan, there are artists I am ‘supposed’ to like that I have never connected with. I am also a rock music fan since my childhood, but never connected with much of the Rolling Stones (except for a few years in the late 60s) and Led Zepplin.

In terms of recent jazz history, two leading instrumentalists are Joe Lovano and Brad Mehldau – and I have never really liked their stuff, but have always appreciated their talents and tried to like them as they partnered with some of my favorite artists (e.g. Lovano with John Scofield, Mehldau with Pat Metheny). When I reviewed Joe Lovano’s Bird Songs in 2011, I enjoyed it more than anything from him but not enough to stay on my iPod for an extended basis, even though the recording appeared on many ‘Top 10’ lists. But when he released a new album two weeks ago I tried again and guess what – I love it! Let’s take a look!

Artist: Joe Lovano Us Five
Description:
Joe Lovano Us Five is a quintet that he formed in 2009 with Otis Brown III and Francisco Mela on drums, James Weidman on piano and Esperanza Spalding on bass. The dual-drummer format provides some rhythmic intensity, and Weidman and Spalding provide loads of support and have the incredible ability to follow Lovano wherever he goes.

For ‘Cross Culture’ the bass chair alternates Spalding with Peter Slavov, and guitarist Lionel Loueke makes an appearance on a few tracks. Loueke has made a tremendous name for himself in the last year with his own recordings finally gaining him proper acclaim. The album consists of 10 original tracks and one Ellington / Strayhorn classic (Star Crossed Lovers).

General Impressions: I am always thrilled when I am sitting with anyone from my family and they remark that what I have on is ‘really good’. It happened with my boys and Synesthesia by The Kandinsky Effect, and it happened with this album and my wife. I had been listening while cooking dinner when she got home, and while dinner cooked we sat down for a drink the music played on and she remarked about how much she liked it … and a couple of nights later requested it again during dinner.

Yet in spite of being a great listen and pleasing to someone without particularly experimental ears (sorry, Lisa!), there is a tremendous spirit of adventure and harmonic exploration going on – it is just extremely listenable. The title track is a great example of what you will find – an inviting piano, bass and drums intro that could almost come from a Vince Guaraldi trio album, with Lovano and then Loueke jumping in with fragmented lines and sprawling notes that take a while to resolve to the core harmonic structure.

Loueke reminds me somewhat of Sun Ra on Atlantis in terms of his tone and note placement, while Lovano juxtaposes a sprawling ‘sheets of sound’ Coltrane style and jagged lines more reminiscent of Albert Ayler or Ornette Coleman. The rest of the band keeps things in line while those two go off exploring. That isn’t to say the rhythm section doesn’t step out and provide some thrilling support and solo work, just that they tend to keep things ‘inside’ harmonically.

From end to end this is a winner of an album. I went back to Bird Songs to see if perhaps my attitude had softened, but found that for my ears ‘Cross Culture’ stands above the earlier Us Five recordings in every way.

‘Quick Hit’ Song: “In A Spin” – this frenetically paced, stutter step thrill ride wouldn’t sound out of place on an Anthony Braxton recording in some ways, yet is very much a straight-ahead thriller of a composition.

Would I recommend?: Absolutely! This is the type of recording you can have on in the background and people will enjoy it, or you can turn it up and really dig into the meat of the complex playing.

Suggested audience: As I mentioned, there is a significant amount of exploration by the soloists and at times things step outside the mainstream. However, at no point does it really feel ‘avant garde’, and the reactions from my family confirms that it is very easy to listen to even for non-jazz fans.