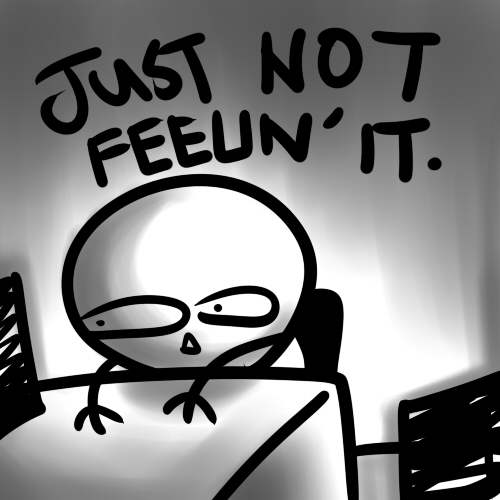 just not feeling it

Did I miss the irony that my schedule precluded me getting this done in a timely fashion? Not it did not. When it comes to any runner, athlete, musician, parent, employee, or person in general … we have one thing in common: there are some days when we are ‘just not feeling it’. By that I mean that we don’t want to get out of bed, don’t want to brave the winter cold for that run, make the trek to the gym, head to school or work, or tackle that project.

But what triggered the phrase in my head was talking to my brother the other day … more on that in a minute.

Most runners go through ups and downs throughout their lives, times of injury, times when there are just too many other obligations, and times when the excuses pile up just high enough to stop you from getting out there.

This year I will cross the point where, in spite of not running my first mile by choice until I was nearly a year out of college, I have been a runner longer than a non-runner. But during those 24 years, there have been a few notable gaps – a year where I was doing loads of travel while also having two toddlers, another period with too much travel and heavy job dissatisfaction, and the year or two before we moved to Corning – which I later found out was at least in part due to my thyroid slowly dying.

But the worst period was actually after we moved. After my thyroid was identified as kaput and I was put on meds, my metabolism took off like a rocket and I started going to the gym daily. I had tried running but really did’t find myself enjoying it so I just went to the gym. Until our schedule at home made that inconvenient – and I still wasn’t enjoying running so I didn’t do anything … well, other than eat and gain weight.

In fact, I really was ‘just not feeling it’ a year ago as I tried to force myself to get back into running, and it took tremenous willpower to power myself through until it ‘stuck’ – and boy did it ever stick!

Which brings me back to my brother on the phone – clearly not feeling it. There are plenty of good reasons: he is still dealing with the lingering effects of a bitter divorce, their house isn’t selling, his job moved to a new location making his commute even worse, and also making taking his daughter to school tougher, and after peaking in fitness at the 2011 Corning Wineglass Marathon (where he threw down the gauntlet that ended up with me racing in 2012) he has been on the decline.

Actually it started earlier, to the point where by mile 10 of the marathon he sent me ahead because he knew he was holding me back … and ended up coming in over an hour behind me. We ran together at Thanksgiving and Christmas, but his miles had been in constant decline.

He simply wasn’t getting the joy out of it anymore, instead feeling guilt at his inability to keep up. So I reminded him – life isn’t a sprint, but a very long marathon. Walking through the water stops rather than choking as you try to chug water at full pace is a reminder than in races just like in life you need to watch out for yourself and your health and safety – both mental and physical.

Again, I am not talking about how tired I have gotten of dealing with 20-30MPH winds this winter with single digit temperatures, and how after listening to the wind howl the other night I lay there as the alarm went off thinking I would SO like to not go out for that run, but then: 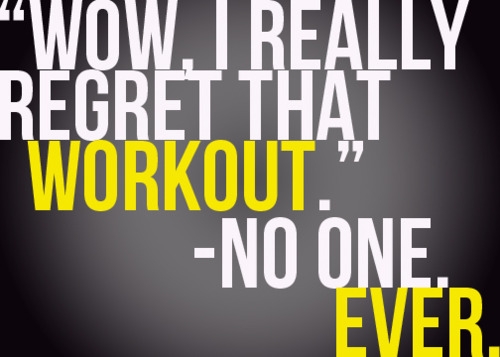 It is OK to step away from things when you are ‘just not feeling it’ for a while. Maybe you will return stronger than ever, maybe you will take up biking rather than running, or go to the gym or swim, or seek health through better nutrition and Yoga. There is no failure by listening to yourself rather than pushing to the point you are no longer enjoying things. My brother didn’t want to disappoint me, as it has become something we love to share. But as I reminded him, we love spending time together hanging out, sharing stuff with our kids, enjoying a beer and some laughs, and just great times together.

Have you ever lost your passion for something you once loved? What happened and how did you deal with it?

Here is an amazing video showing two women who are clearly at the far end of fatigue giving their all just to cross the finish line: