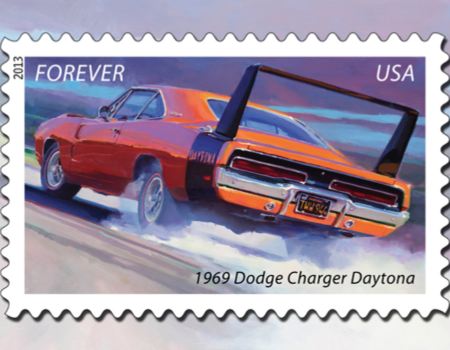 The US Postal Service recently announced the release of a new set of commemorative Forever stamps celebrating five iconic muscle cars from America’s motoring past.

The five vehicles being honored – 1966 Pontiac GTO, 1967 Shelby GT-500, 1969 Dodge Charger Daytona, 1970 Plymouth Hemi ‘Cuda, and 1970 Chevelle SS – all represent America’s adventurous spirit of the muscle car era as these vehicles rumbled and roared their way into the hearts and minds of driving enthusiasts. 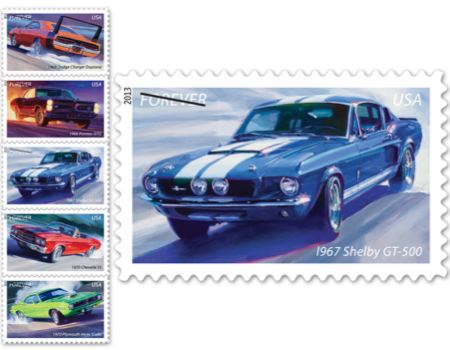 Artwork for the stamps was created by Tom Fritz, who said he based his work on photographs of the iconic cars, using bright-colored oil paints on hardboard to attempt to capture the emotive quality of the vehicles. 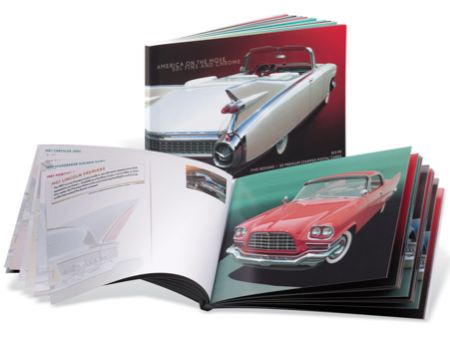 Muscle Cars is the third in the “America on the Move” series issued by the USPS. The first was 50s Sporty Cars in 2005 followed by 50s Fins and Chrome in 2008. 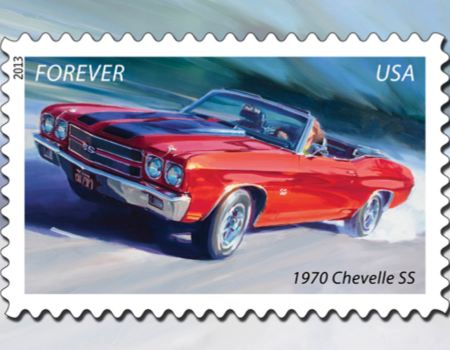 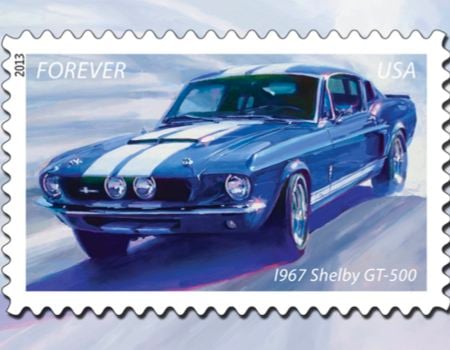 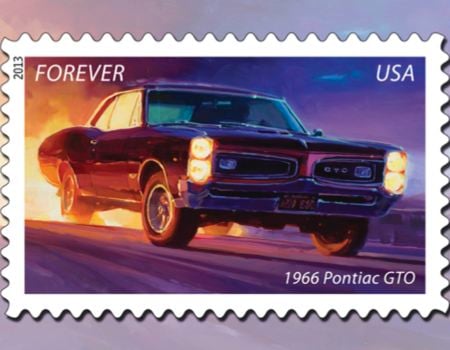 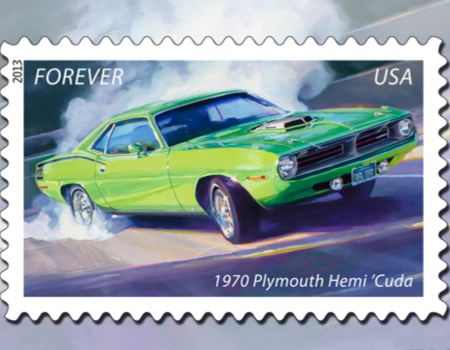