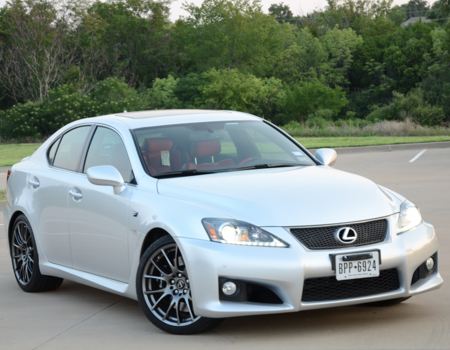 Lexus IS F images by author

While Lexus has been giving the European luxury sedan segment fits for the past couple of decades, they have won many battles, but the automaker overall continued falling short of winning the war. Lexus has been toying with the sport sedan segment since introducing IS to North America more than a decade ago, and with the latest generation IS 350 they give the Bavarians a real run for their money. And in response to those factory hotrods coming from the German heartland, Lexus engineers answered with a shot right to the midsection – IS F.

Built on the second-generation IS platform (Lexus has not moved IS F to the third-gen chassis…yet), this car is more than just an engine upgrade – so much so that Lexus chucked the idea of calling it IS 500 and instead going with the single alpha designation. IS F was the first Lexus to wear the “F” marque when it was introduced for the 2008 model year, and since that time engineers have tweaked and tuned the car to offer an exhilarating driving experience in a daily driver. 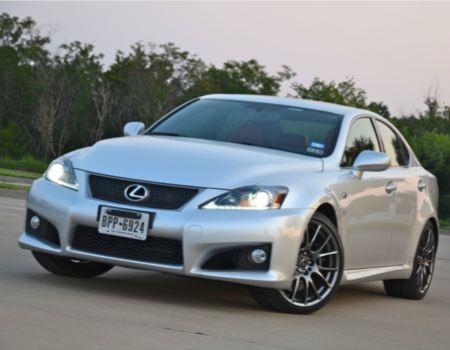 Engineers looked no further than their own parts bin for powertrain components, giving the IS F the modified 5.0-liter V-8 and eight-speed automatic gearbox found in their LS600h flagship hybrid luxury liner – with a little bit of tuning, that is, and, of course, no electric motors.

What we enjoyed was an exhilarating show of force and finesse – a 416 horsepower, 371 lb. ft. of torque sport sedan combining the agility of a cat with the nasty temper of a wild javalena and – wait for it – the throaty growl of a grizzly bear when eager drivers push the tachometer past 3,600 revs (courtesy of a secondary air intake valve). 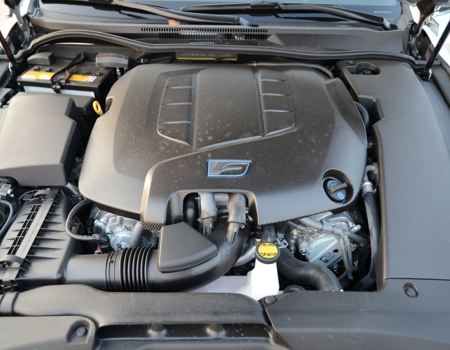 So as not to appear completely prejudiced against the Germans, Lexus gives Italian engineers the “what for” as well. Seems the new F1-style paddle shifters on the IS F steering wheel are capable of faster up-shifts than a Ferrari F430, and downshifting the Lexus treats occupants to wicked-cool throttle blips that mate engine speed to vehicle speed. Words cannot describe this latter feature justly – one must experience it in person.

A demonstration video played for automotive journalists gathered in a dim ballroom several years ago elevated blood pressures and pulses as factory drivers heated IS F rear tires to the boiling point, so of course being the complete journalist I am, I would not rest until I found out for myself if these demonstrations could be replicated in real-world conditions.

They can. Switch off the traction control and crazy things happen – crazy GOOD things!

The V-8 car gets a bit more suspension attention over its six-cylinder siblings. The new car is also a few inches longer up front to accommodate the new powerplant and associated components. Front fascia gets a larger mesh grille and lower air dam for improved engine cooling with a vent in the lower area below the headlamps for brake cooling. 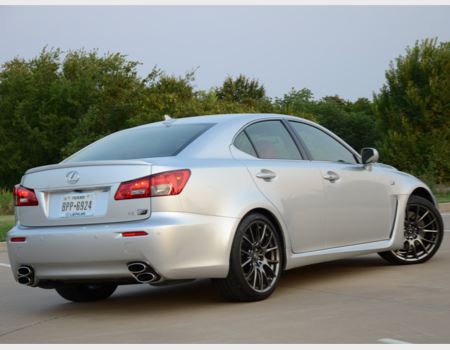 Speaking of braking, IS F is stopped (on a dime, I might add) via large drilled and pillar-fin ventilated front and rear discs from Brembo. The new Lexus sport sedan rides on unique BBS directional forged 19-inch aluminum alloy wheels shod with high-performance, low-profile rated to 186 mph (the IS F is electronically governed at 170 U.S.).

Inside IS F we find state-of-the-art technology at every turn, enjoyed comfortably and safely from a pair of form-fitting sport bucket seats up front. Rear seating also allows no more than two and adults may not enjoy their experience back there on any lengthy road trips. Leave that space to the kids. 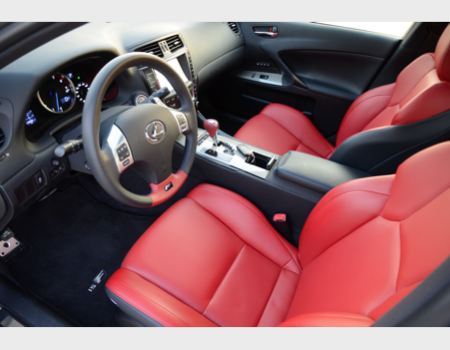 Fuel economy for the IS F is not as bad as one might think – expect somewhere in the range of 16 mpg city (so long as you seldom open up that secondary air intake) and 23 mpg highway. Pricing begins at just over 61 grand with our tester arriving at $65,804.

True to form of this type vehicle in any automaker’s lineup, IS F has not commanded massive sales numbers as this is a very niche vehicle, and given the excellence of the new IS 250 and 350 sedans many buyers will never even realize its existence. Fortunately for me, I have been reunited with this exciting member of the Lexus family, and I have to say it was great to spend time with this friend, reminiscing about old memories while also making new ones.