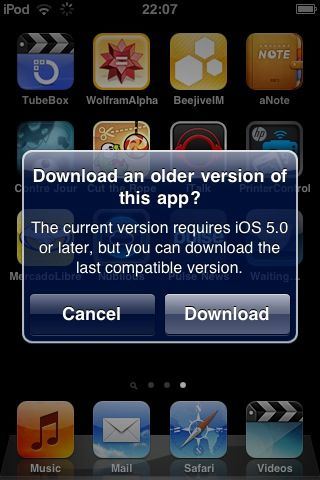 While Apple is really good at upgrading operating systems on older devices, eventually they ‘sunset’ devices based on capabilities. This typically means you can no longer get an app that has been upgraded to require a newer OS version, but now Apple is allowing users who are looking for apps with an older OS to download the ‘last compatible version’.

There seem to be limits on devices and apps, and some potential issues about non-working older versions – and nothing has been made official by Apple. But for now it works, and it is awesome.