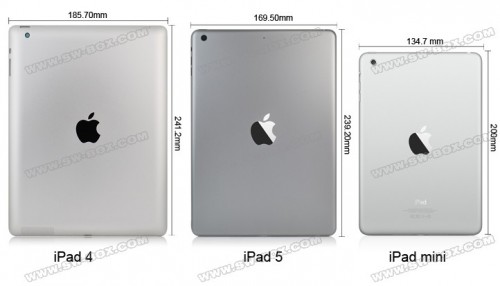 Apple hasn’t formally announced the iPad event widely expected to occur on October 22nd, but there is fair certainty Apple will release updated an iPad and iPad Mini in time for the holidays. After the ups and downs of the iPhone 5S/5C event, we thought it would be fun to look at what we hope, expect, and plan to buy.

So Judie, Dan, Carly, and myself set out to answer four basic questions based on rumors we have heard and what we have been waiting to buy. Here we go!

What Would You LOVE to See Apple Announce?

What Do You EXPECT Apple to Announce?

What Changes Would Stop You From Buying That Item?

A couple of things are clear – first, our expectations are that Apple will again have a thin and narrow product presentation. Also, while we all have pet iPad models and variants that we intend to get – it is Apple’s business to lose, and we fear they might. As I noted when talking about the Kindle Fire HDX, the memory and LTE differentials for iPads stand out more and more each passing product cycle. At this point we simply expect more of the same, but if Apple actually INCREASES the pricing schemes, they might lose sales that are otherwise assured.

So what are you expecting and hoping that Apple will deliver? Do you have any planned purchases?