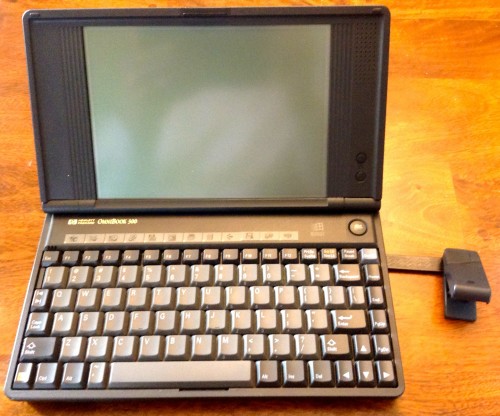 As we look forward to new technology, sometimes it is instructive to look back to our favorites. I recently looked at the Iomega Zip Drive, but now I want to highlight one of my all-time favorite laptops: the HP Omnibook 300. This laptop was built by the calculator division rather than the PC division and remains one of the best.

By 1993, I had been using Hewlett-Packard calculators for more than 15 years, and was using the HP-48GX at the time. I was also using the HP 200LX, which was a hybrid of a PDA, computer and calculator. So when HP announced the Omnibook 300, I was sold!

Now some of these things are fairly ordinary, such as the processor – the 386 would rule the laptop roost for another couple of years before mainstream 486 laptops appeared. Also, a 9″ screen was nothing remarkable at that point. Same for the 2MB of RAM and 40MB hard disk. 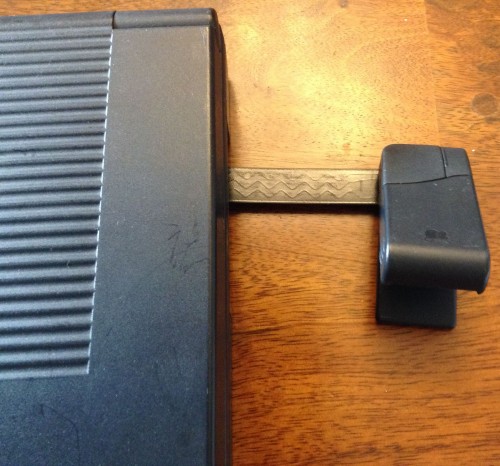 So why the fascination? I think it all stems from the Omnibook 300 coming from the HP calculator group. Let me detail the crazy innovations:

Could you imagine being out and running out of charge on your laptop, but being able to pop in a set of AA batteries and be all set for the rest of the day? That is what the HP Omnibook 300 promised – and delivered.

Introduced at a time when a mouse was still optional for using a laptop, many folks carried a big clunky desktop mouse around with them, that was inconvenient for use in cramped areas. The ThinkPad 700 with TrackPoint came out only a few months earlier – but in a 6.5lb package for $3000! So having a laptop that was small and light – and relatively inexpensive – with a mouse that would simply pop out and work … was a revolution. It was – and is – one of my favorite all-time computer design elements.

We think nothing now of computers with no moving parts, but 20 years ago? HP made the silent laptop a reality. With no spinning disk, the HP Omnibook 300 was much less apt to suffer failure. Again, today hard disk failures are relatively rare – but 20 years ago they were way too common if you tried to walk around with your laptop running.

Storage was expensive in 1993, and applications – Microsoft’s Office suite in particular – were getting larger and larger. The HP95LX from 1991 had Lotus 1-2-3 built into ROM as well as a full PIM suite, but it was unheard of in a computer – and still is. Yet the result is that it launched those apps very quickly and left loads of space for files. 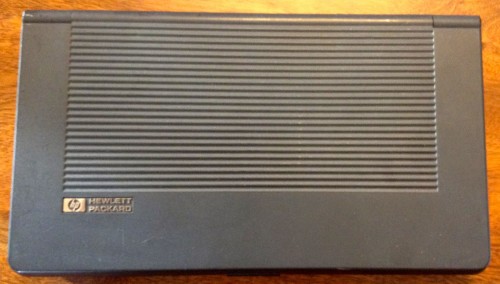 Ultimately I left the HP Omnibook 300 behind, and moved on to the Omnibook 800CT when it came out in 1997. The 800CT had a 10.4″ color screen and a 166MHz Pentium processor, 48MB RAM and a 2GB hard disk! All of this in the same package as the Omnibook 300! It is actually still a solid little laptop that I have kept around – it has an external floppy drive and CD-ROM drive that allow you to hook in other apps. And the built-in PIM works great for synchronizing data with the HP200LX.

Did you ever have one of the classic Omnibooks? What is your favorite legacy laptop?

Check out my hands-on video! 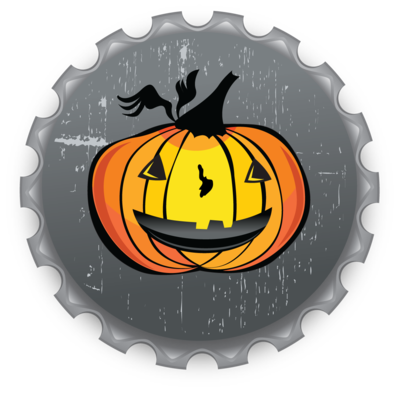