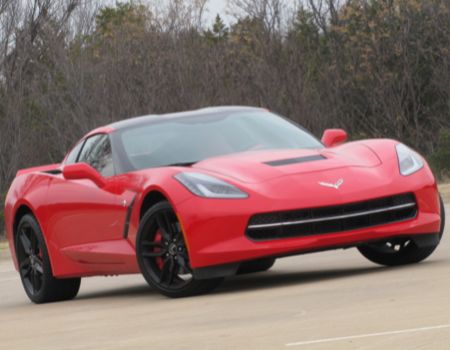 Stop me if you’ve heard this one before: “Last but not least,” or “We’ve saved the best for last.” Too late, I’m gonna tell you anyway. My last automotive review of calendar year 2013 was perhaps the most anticipated by not only myself but much of the world as well – the 2014 Chevrolet Corvette Stingray Coupe. 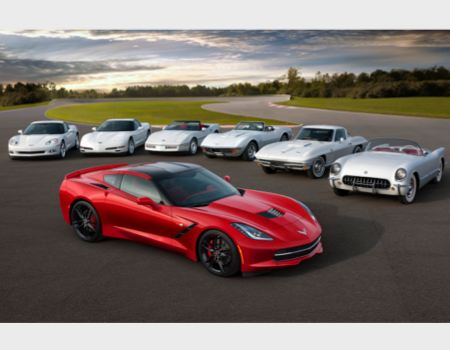 Chevrolet celebrated the 60th birthday of Corvette earlier this year and topped things off by delivering the next generation car and making them all Stingray models this year, both coupe and convertible.

The new car begins on an all-new hydroformed aluminum spaceframe and outfitted with the next-generation small block V-8 engine dubbed LT1. Engineers threw in a new seven-speed manual gearbox with new Active Rev Match technology and a new Drive Mode Selector tailors up to 12 vehicle attributes to fit the driver’s environment. Add to this new carbon fiber hood and roof panel on coupe models and voila – the C7 Corvette. 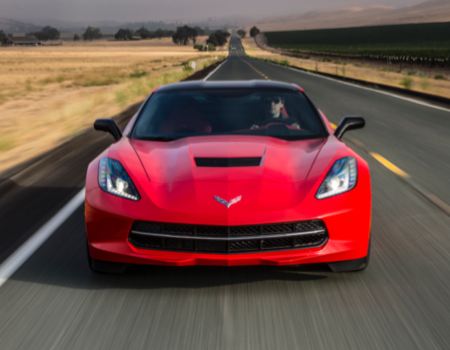 The 2014 ‘Vette features all new design both inside and out with body lines gaining a more chiseled look and the hatch seeing a new side window. There is carbon fiber and aluminum trim scattered throughout the interior along with a modest amount of leather and combined with new technologies offers the most driver-oriented cockpit yet.

The new engine displaces 6.2-liters on eight cylinders and features cylinder deactivation for fuel economy when desired, or, if you are like me, generates up to 460hp and 465 lb. ft. of torque when pushed to the limit. Sure, the EPA says one can get up to 29 mpg on the highway in the C7 but as the fine print reads, “Your mileage may vary.” Mine certainly did. 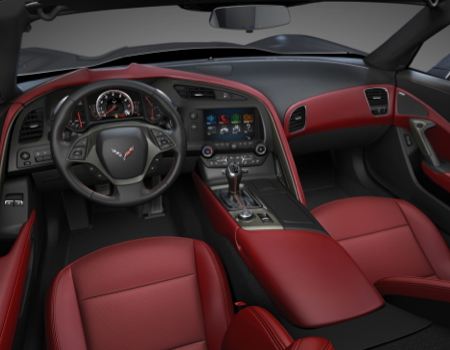 As with previous generation Corvettes, the new Stingray requires some small amount of acrobatics for smooth ingress/egress and you will want to park it where you can leave yourself a good bit of door swing space. Once inside though, all that is forgotten.

A press of the ignition button on the dash and the engine fires to life belching a sweet note from the four center-mounted exhaust tips out back. And counter-balanced engine mounts-be-damned there is still a good bit of rumble and shake from the power being generated under the hood – and this is a good thing. 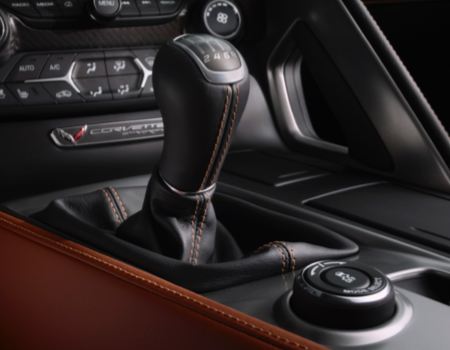 For the sport-oriented driver who is fortunate enough to find time at a track during your ownership I recommend the manual transmission in your Stingray, otherwise I would tell most to opt for an automatic car if a daily commute occupies most of your drivetime. While the manual gearbox and clutch is not difficult life is just easier if you let the car do all the gear changes when most of its life is spent under the speed limit. 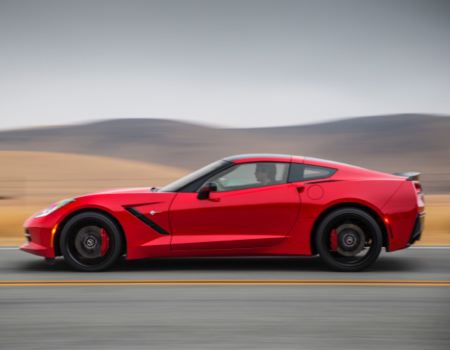 A performance exhaust system added not only some awesome growl-on-demand but bumped the standard power output of the engine from 455 ponies to this car’s rated 460 and in sport and track driving modes opens up the adjustable baffles fulltime. Your neighbors and your cat will hate this feature. 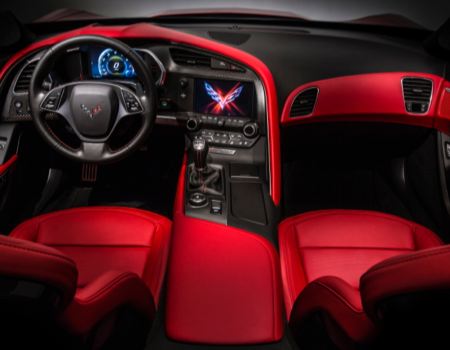 Cars equipped with the automatic transmission feature steering wheel paddle shifters while in manual gearbox cars these paddles control the Active Rev Match that matches engine speeds during up- and downshifts.

A knob on the center console just aft of the shifter is the Driver Mode Selector where drivers can choose one of five modes: Winter, Eco, Tour, Sport and Track. They are all pretty self-explanatory and the default setting is Tour. 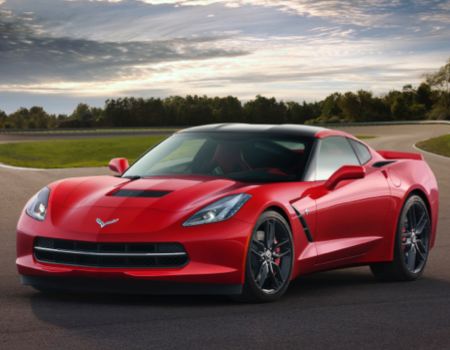 So let’s get this show on the road – literally. The 2014 Stingray is a blast to drive and nowhere near as harsh as the Shelby GT500 yet every bit as fun. The engine is responsive and strong through the lower gears with the upper cogs reserved for open highway driving and fuel economy.

The sporty rubber and the long rear hatch contribute to quite a bit of road noise especially on less than perfect pavement but thanks to the awesome Bose sound system you can find yourself being able to drown out a lot of the drone. 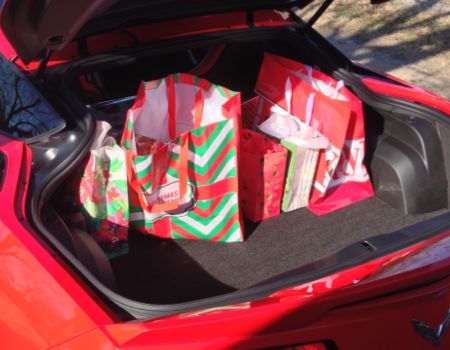 The nappa leather sport seats are comfortable and supportive in long road trips or twisty sprints. There is ample head- and legroom for both driver and passenger and we found the rear cargo area of the coupe model to be quite accommodating for holiday deliveries and grocery runs. The roof panel of the coupe is carbon fiber and very lightweight and is a simple three-latch system for quick removal and storage in the rear bay.

Perhaps the best news for the 2014 Corvette is that Chevrolet has held pricing to start at $51,995. Our loaded Z51 Coupe tester arrived with a final sticker of $69,305 and was finished in a festive Santa red body color. This is one gorgeous car.

The 2014 Corvette Stingray has already earned many honors and is in the running for car of the year with nearly everyone. Taking into consideration all the vehicles we’ve tested this year we certainly did save the best for last. 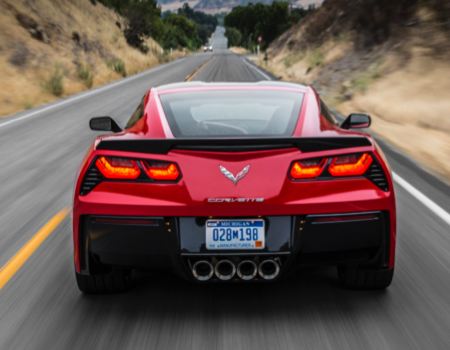 Here is wishing everyone a happy and safe new year.