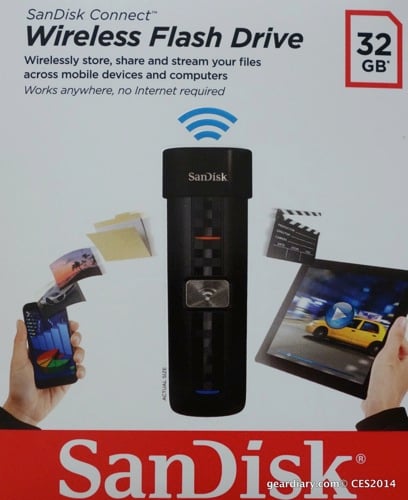 My iPhone-shopping brother-in-law wrote, “I think I know the answer, but is 32GB enough capacity for normal users? I do not have tremendous amounts of data and generally don’t store much in the way of videos.” iPhone storage capacity is a potential issue, but it is one that’s easily resolved thanks to the SanDisk Connect Wireless Flash Drive. 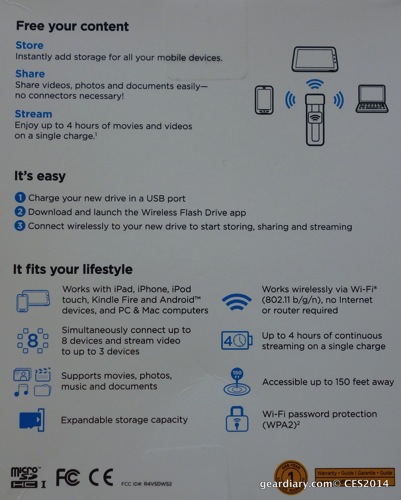 The SanDisk Connect Wireless Flash Drive looks like a simple flash drive, but it quickly and simply adds up to 64 GD of storage capacity to multiple tablets and phones. As SanDisk explains,

The SanDisk Connect Wireless Flash Drive instantly adds up to 64 GB of storage space to your iPad, iPhone, Kindle Fire, and Android device. Portable and easy to use, the drive gives you wireless mobile access to your movies, photos, music, and documents.

Were this all the SanDisk Connect Wireless Flash Drive did, it would be a device worthy of discussion. That is not, however, all the SanDisk Connect Wireless Flash Drive does. The device not only can wirelessly connect to your phone or tablet, but it can wirelessly connect to up to 8 different devices! It also offers the ability to stream media to as many as 3 devices simultaneously. Best of all, this happens whether or not you have an active Internet connection. 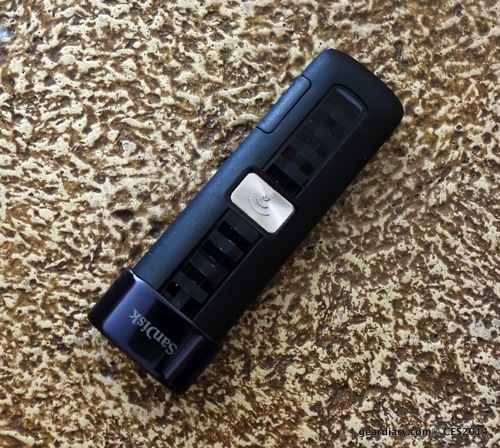 The drive’s battery recharges via USB (just plug it into your computer’s USB port and you will be good to go), and it offers up to 4 hours of continuous streaming on a single charge. That isn’t anything to write home about, but it should be enough for most purposes so long as your trip isn’t THAT long. More importantly, the SanDisk Connect Wireless Flash Drive compensates for the fact that devices running, for example, iOS, don’t have upgradable/expandable storage and can’t directly access files on an SD card or hard drive. You’ll have to use the device sparingly to conserve battery life, but the very fact that you CAN access files stored on a microSD card is a big deal. That is especially so for someone like my brother-in-law who, I fear, may find that 32GB just isn’t enough storage. 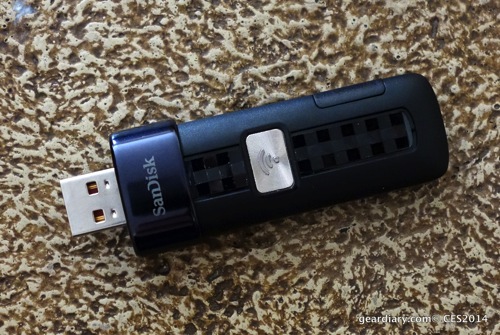 There’s a lot to like about the SanDisk Connect Wireless Flash Drive. Unfortunately the device is not without its issues,and these extend beyond the mere four hours of battery life per charge. The range is 150 feet which means the drive needs to be in fairly close proximity to the phone or tablet accessing it. Like the battery life, this range isn’t a deal-breaker, but it is something about which one much be aware. The bigger issue is the fact that the SanDisk Connect Wireless Flash Drive only uses microSD cards,and the versions that ship with a 16 or 32GB microSD card “do not support the exFAT file system”. That means only half of the microSD cards I have in my possession are readable without going through the process of first formatting them. That isn’t a huge deal, but it is a bit of a pain since it requires me to… move any files on a card off the card, format the card and then move the files back to it.

I don’t think I would make an issue of this were it not for the fact that the 64GB version, and another wireless drive from SanDisk that we will be looking at, DO support the exFAT file system. Why this isn’t the case across the board puzzles me. It is reason enough to opt for the pricier 64GB version. 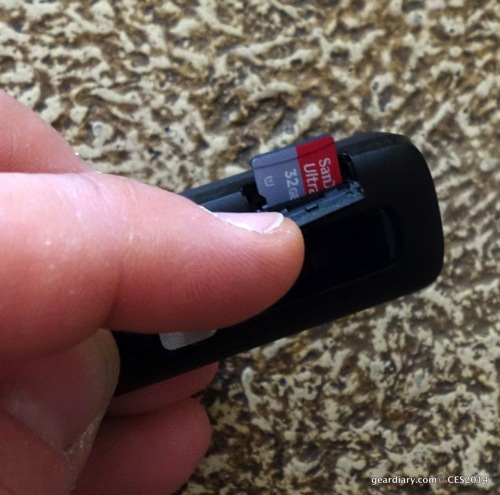 I like the fact that the drive lets you share wireless storage across a wide range of mobile devices including iPad, iPhone, Kindle Fire, Android devices, and both Windows and Mac operating systems.

I like the fact that it can go up to 64GB and changing the storage is as simple as opening the small door, removing the existing microSD card and putting a new one in

I like the fact that it works anywhere and there is no need for an Internet connection.

I like the fact that it recharges via a computer USB port.

I like the fact that the apps are a free download, that getting up and running with the device is simple and that it offers the option to password protect the WiFi connection.

I don’t like the fact that it only streams up to 4 hours of video on a single charge.

And I really don’t like the fact that lower capacity drives seem to be unnecessarily limited in the format they can handle.

For me that is reason enough to check out the SanDisk Connect Wireless Media Drive we will be looking at tomorrow!

If, however, you are interested in this Wireless Flash Drive you can learn more here. Get it through our Amazon Affiliate Store.

What I Like: Adds wireless storage to almost every device with ease; Connects with multiple devices simultaneously; Streams to three devices at once; microUSB storage is removable/swappable

What Needs Improvement: Only 4 hours of battery per charge; Limited format options at lower storage capacities