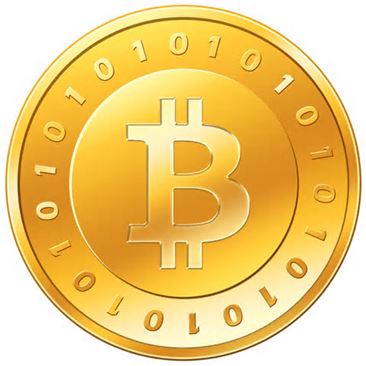 The world of cutting edge technology always has some risks. A device may have bugs, or you may pay top dollar for a cool gadget that sells for half your cost a year later. Investing in Bitcoins raised the stakes this week when a major exchange went bankrupt, taking significant assets down with it.

Are these growing pains, or a sign that Bitcoin is too risky for the average user?

For those who may not be familiar with Bitcoin, Wikipedia has a detailed explanation. In a nutshell, though, Bitcoin is an electronic currency. Unlike sovereign currency (backed by a country) or precious metals (backed by the physical precious metal, like gold or silver), Bitcoin is a cryptographic string of numbers. Each Bitcoin is unique, and there’s a cap on how many will be generated. So this is a purely virtual commodity/coin. Think of it like this: you have one US dollar in your pocket, and that’s always accepted as long as our Treasury is still in existence. You have one US silver dollar in your pocket, and it’s worth both $1 AND it has a numismatic value, or the value it is worth as a coin made of silver, because silver has a value. In some ways Bitcoin chases its own tail — it has a value because people give it value, but they give it value because they believe it has value. There’s nothing holding a floor under it besides a loose collective with no regulation.

The reason risk has been such a big buzzword around Bitcoin is because one of their major exchanges went bankrupt this week. Bankruptcies happen all the time, especially in new and volatile fields, but Mt Gox going under isn’t like a normal bankruptcy. If I own a store, and I go bankrupt, then I lose my money. Mt Gox went bankrupt and took other people’s Bitcoins down with them. If you were holding Bitcoins with Mt Gox and couldn’t get your money out before they went under, then you’re out of luck. Remember, a traditional bank or credit union can go bankrupt too, but depositors are protected. The bank can’t close up shop and wander off without releasing your funds (and an investment bank can’t close up without releasing your investments), a fundamental change that has yet to come to Bitcoin.

Right now, the people who use Bitcoin are aware of those risks. But if Bitcoin wants to be a real currency, and not just a novelty or speculative investment, it needs to form some sort of internal regulation to protect against this sort of implosion in the future. If Mt Gox had been audited by any outsiders, someone would have flagged the hacks that caused the thefts long before they ballooned to millions of dollars in losses. But there’s no external regulation or even internal agreement on regulation. I saw a contributor on the news suggest that investors in Bitcoin should “use money they aren’t afraid to lose”, and I think that’s great advice. Great advice for a speculative investment, but terrible advice for a protocol that wants to be a global currency.

The argument for Bitcoin, honestly, is a bit murky. Wikipedia has a good explanation for the mechanics of Bitcoin and how cryptocurrency works, and the argument is that transaction costs using Bitcoins are lower and more private than with credit cards, hence the draw for online retailers like Overstock. It makes for an intriguing speculative investment, but there’s nothing so far that indicates it is or should be used as a replacement for sovereign currency. The privacy and secrecy also leads to issues like Silk Road, a marketplace for illegal goods. Even if Silk Road and marketplaces like it are a tiny piece of the Bitcoin market, there’s a reputation issue here. Bitcoin can lose you money, and it’s popular with web-savvy smugglers. Not exactly the endorsement of the century.

Bitcoin needs some level of regulation, whether internal or external, before it can become a competitive mainstream currency. The Mt Gox implosion can be a positive catalyst if it leads the rest of the Bitcoin players to control the message. They should be out in the media discussion a plan to self-evaluate or cross-audit, they should be reassuring and educating consumers. Right now Bitcoin is being discussed everywhere, mostly in a negative light, and if ever there was a time to change the conversation, this is it. As it stands now, though, Bitcoin is something I’m content to watch from a distance.

Have you invested in Bitcoins? Would you in the future?