The Samsung Galaxy Note 10.1 2014 Edition package include the tablet (obviously), the S Pen (in upper right holster inside the tablet), USB charging cable, pre-installed SIM card, travel adapter, and quick start guide. The operating system is Android 4.4.2 and the Wi-Fi is 802.11a/b/g/n/ac. Sensors include an accelerometer, proximity, and compass and the HTML 5 browser works well with minimal lag. 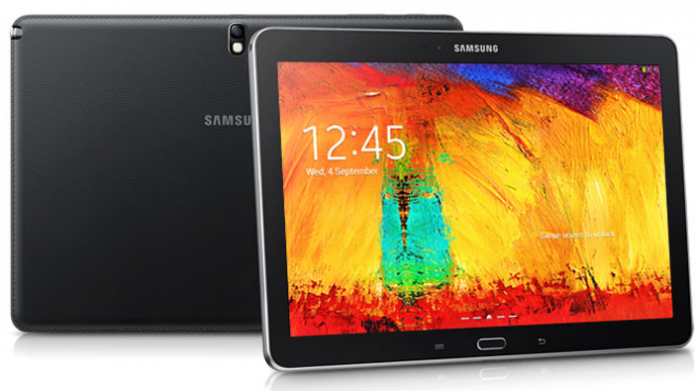 The menu/window (middle left) and back (middle right) buttons illuminate when touching them or navigating through device. The optional audio cue lets you know when you successfully pressed the button and it’s responsive enough to hit multiple times in quick succession.

The microSD slot and SIM card slot are on the bottom right edge; the charge/USB cord connects between the speaker and card slots on the right side.

The thin, light build weighs approximately 1.2 pounds (540 grams) and measures 9.6 inches (243.1 mm) long by 6.8 inches (171.4 mm) wide and only 0.3 inch (7.9 mm) thick. The back cover is made of faux leather-plastic that has decent grip plus you don’t have to worry about any fingerprints, It can be a bit awkward to carry. It’s a minor dilemma for all large tablets where you feel like you’re carrying picture frame or a clipboard.

Now for the very impressive multi-touch 2560 x 1600 pixel display. First, (if locked) unlock by pressing the power/lock button then swipe your finger across the screen in any direction. Users can swipe across two panels to the left and right of the home screen for additional menus and features. The visuals are amazingly sharp and vivid while the displayed keyboard works very well with vibration options so users know each keystroke registers. It makes any interaction a memorable experience, especially when manipulating pictures/videos and streaming videos.

The multifunction feature is a multitasker’s dream. It lets users use two applications at the same time. This tablet has responsive swipe/sweep capabilities as well as drag and drop motions to move content between app windows. Just press and hold the back button, press the menu/window button and select. Hide again by pressing and holding the back button.

The Galaxy Note 10.1’s Li-lon 8220 mAh battery has enough power for high activity throughout the entire day and doesn’t need charged until double-digit hours if using it actively the entire time. 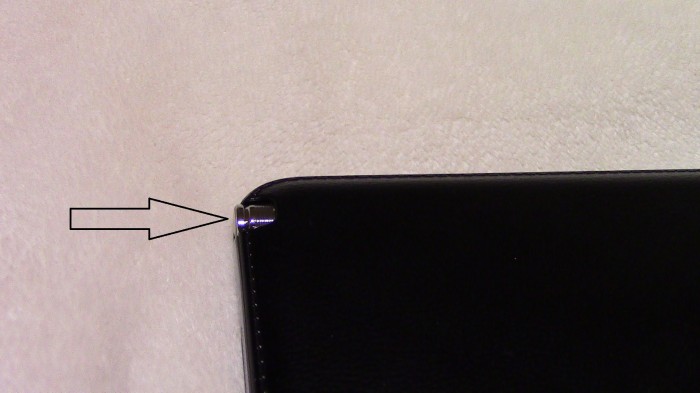 The S Pen enhances the overall experience in almost every way, especially when navigating websites. It’s a removable multi-function stylus located in the upper right. After a minimal learning curve, users find the right “touch” in their movements and the single button pressing. The S pens are not required for use (you can always touch), but help when doing drawings, handwriting, and capturing screenshots. 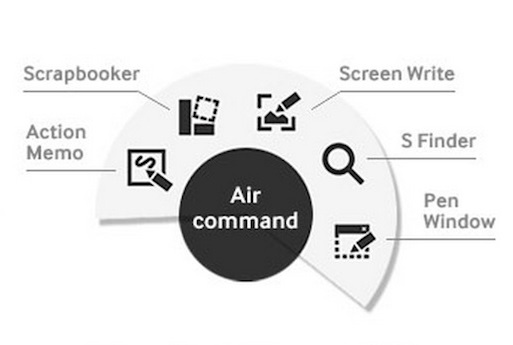 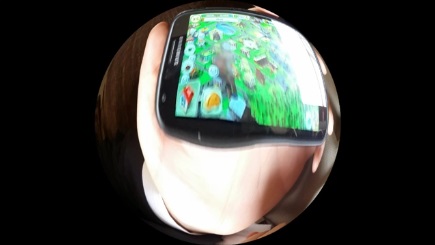 The 8-megapixel [email protected] main camera and 2-megapixel [email protected] front camera are ideal for video chat and self-portrait pictures. The camera features auto-focus, LED flash, and HD recording and playback. The cameras work well except they need some stabilization features and quicker focusing adjustments. The Drama Shot feature catches motion video shots very well and the photo editing/alteration features (like the fisheye view above) are well varied and entertaining.

Here are some key specifications:

Use this tablet as a universal remote control using the Samsung WatchON feature, which also gives you recommendations based on your location. The Samsung Galaxy Note 10.1 2014 Edition also functions with the Samsung Galaxy Gear Smartwatch functions including a special scheduler that links to the S Planner.

The Galaxy Note 10.1 2014 version gives users great speed, convenience, and vivid experience. A bit awkward to carry, but that can be easily improved with an accessory like this cover. Available in black and white with 16 GB or 32 GB through Verizon Wireless and several other companies.

MSRP: starts at $599.99 with a two-year contract; plans vary according the activations, contracts, etc.