If, like me, you use an Apple MacBook Pro as your laptop and desktop, then Belkin’s new Belkin Thunderbolt 2 Express Dock HD is for you. At $299.99, this device is a pricey but powerful docking solution for Macs and PCs; even so, its two Thunderbolt 2 ports are just the beginning of its connectivity.Thanks to Thunderbolt 2’s technology and the high-speed 20Gbps bandwidth it offers, you can get speedy transfers between laptops and up to eight other devices with a one single Thunderbolt cable. 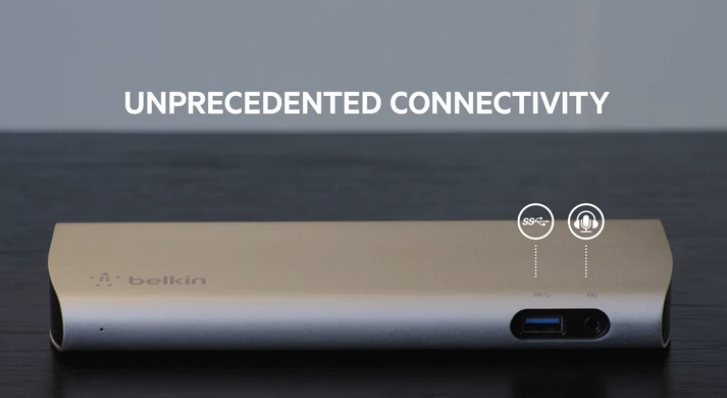 The dock has a host of assorted ports. These include 2 Thunderbolt 2 Ports, 1 HDMI Port, 3 USB 3.0 Ports + charging support, 1 Audio Out Port, 1 Audio Out Port with mic support, 1 Gigabit Ethernet Port, and 1 AC/DC Power Input. In other words, the Belkin Thunderbolt 2 Express Dock HD is both complete and compact, and it will work with the most advanced of laptop/desktop setups. 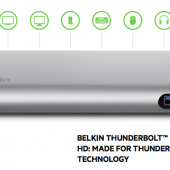 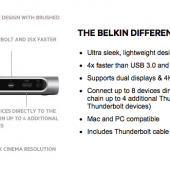 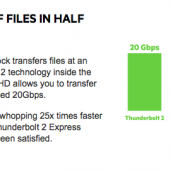 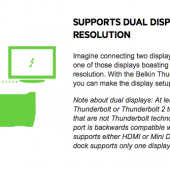 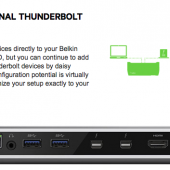 Features of the Belkin Thunderbolt 2 Express Dock HD Include:

The Belkin Thunderbolt 2 Express Dock HD is compatible with Laptops, ultrabooks, and desktops with Thunderbolt or Thunderbolt 2 ports. It will retail for $299.99, and it includes a Thunderbolt cable. It is available for now at belkin.com, and it will be coming to select stores nationwide in October.