Here’s one Black Friday offer you should refuse. It’s the BlackBerry Passport at $200 off.  If you fall for this deal, you are virtually guaranteed to be the only one amongst your friends to own this  BlackBerry device (GSM unlocked – coal colored) – normally $699 now $499 through November 30, 2014.

The deal is available online at Amazon as well as the ShopBlackBerry site – but due to limited application availability I don’t think it’s a good deal for anyone except businesses looking only to email, call and text. 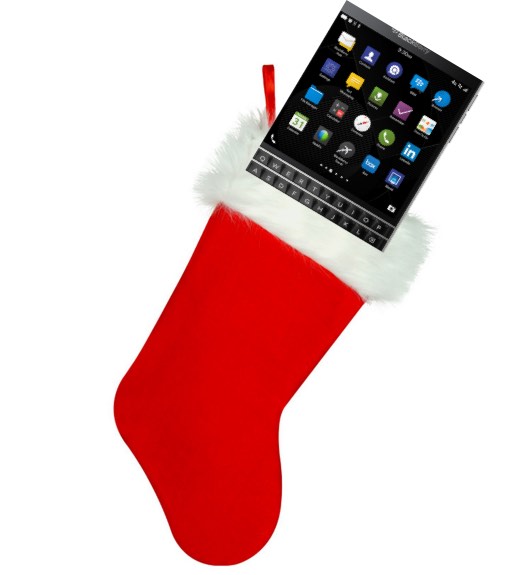 Of course,  after you buy it, you’ll notice  every one of the press who fawned over and complimented it as a great BlackBerry device  — well all those folks are still using their iPhones. Once they sent their free BlackBerry Passport back, almost every last one of them forgot about the  BlackBerry Passport and returned to iPhone.

If you’re the sucker who buys one of these coal colored  elephants – even on sale – good luck.

Good luck finding apps, good luck seeing much on the  4.5″ square screen , good luck avoiding the laughter of your friends as you try typing one-handed on this oversized relic from 1986. Most of all, good luck remembering in two months why you ever thought $499 was close to being a deal for such a limited device.

Mainly you’re going regret buying BlackBerry, because this is going to be one B-0-R-I-N-G experience. Boring once you find exactly zero point zero of your friends are using BlackBerry Messenger. Boring (and frustrating) when virtually every useful app has to come from a side-load or the more limited selection of the Amazon Android App Store (which also precludes you from using most Google Play Services based apps ).

However if you do decide to take the plunge – rest assured  you’ve not made the biggest mistake this holiday season. Certainly that honor will fall to the few hearty souls who trade in working iPhones for a BlackBerry with the lure of up to $550 credit toward the purchase of a BlackBerry. I think this promo should be renamed the “I found this iPhone on a bus and need to get something for it, so let me trade it into BlackBerry”.