I feel like I have an addiction: Battery Chargers. I hadn’t found one that will charge all of my devices collectively at night when I go to bed, or whenever I’m traveling, hold up enough juice to last throughout the day. It’s safe to say that has changed.

Earlier this month I received Satechi’s latest greatest SX20 (20,000mah) Aluminum battery backup packs, and honestly, this thing is beautiful. 20-0-0-0MG! I wrote an article a while back stating that Satechi has three different models of these battery packs, and I was more than happy to review the more powerful out of the trio. 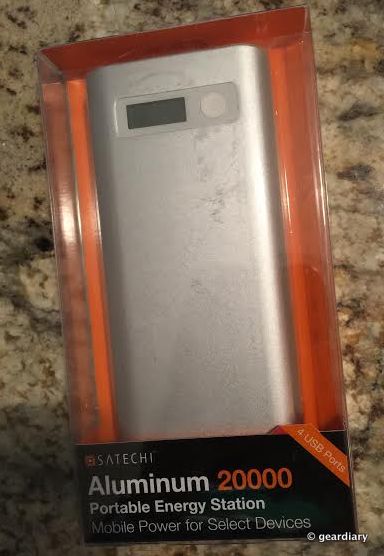 Now with my new Apple Watch needing to be charged every night like my iPhone, I’ve had a bit of trouble trying to charge everything out of my two outlets. Now, I have a lamp on my nightstand next to my bed, which I keep plugged in at all times, and two smart devices that must be charged. What’s one to do?

Although it’s a big on the heavy side, and I’m sure the new, scratch free surface will have it’s own scratches and dings over time, the Aluminum is a nice touch. The blue LED display that shows percentages as well as notify you if the SX20 is charging. 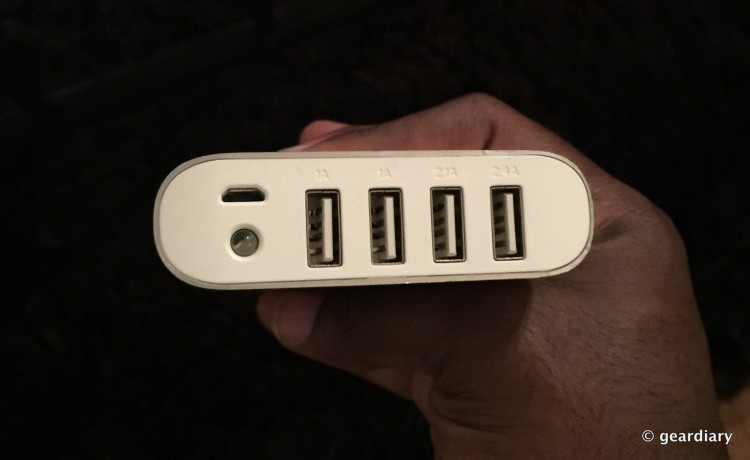 So I had the bright idea… how about I charge all of my devices through a battery pack, while charging the pack itself? Sounds like logic if you ask me, so seeing as though the SX20 has not one, not three, but FOUR USB ports, two for 1A devices like my Apple Watch, as well as two 2.4A ports for devices like my iPad Mini, which I’ve come to the conclusion I only charge when I’m going on a big trip, as it doesn’t get much use anymore. So I decided since there aren’t many three or more USB port plugs, Satechi did me a favor by creating this beauty. These are the items that I charge up nightly:

On occasion I charge up my bluetooth headphones from my bedroom, but I have my Satechi 7-Port USB hub set up in another room that charges all of the devices that I do not use all of the time. Safe to say Satechi makes having a lot of devices to charge easy with their accessories. 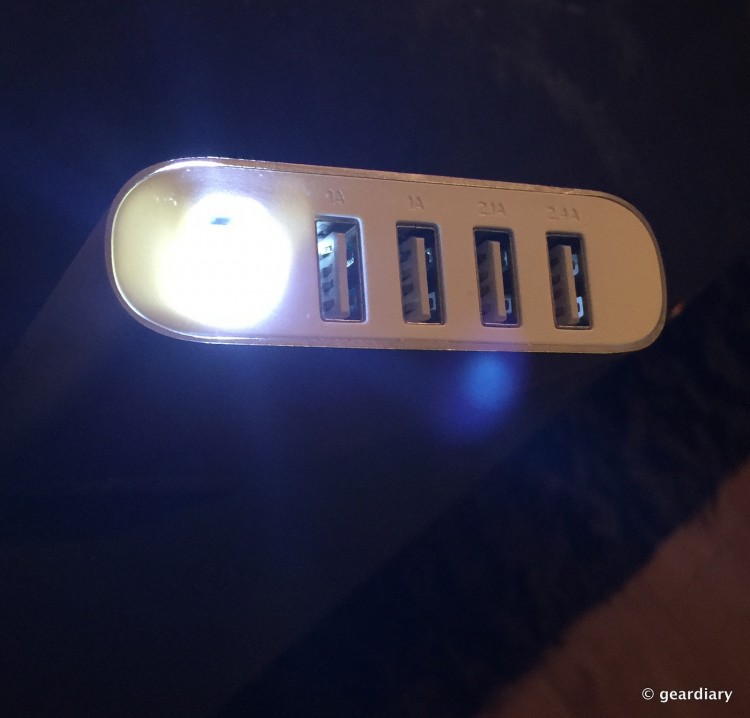 Satechi was nice enough to include a flashlight!

The SX20’s HUGE battery handles my devices with NO problems, and when I pack it up to take to work with me daily I NEVER have a concern in the world about if my phone will last throughout the day. For example I went out on Wednesday night and the SX 20 charged my iPhone 6 Plus from 10% to 100% and STILL said on it’s included LED display that it there was 82% batter y remaining on the Satechi charger. That’s enough to charge the phone another 2-3 more times, as well as charge my Apple Watch up a bit if I needed it to. 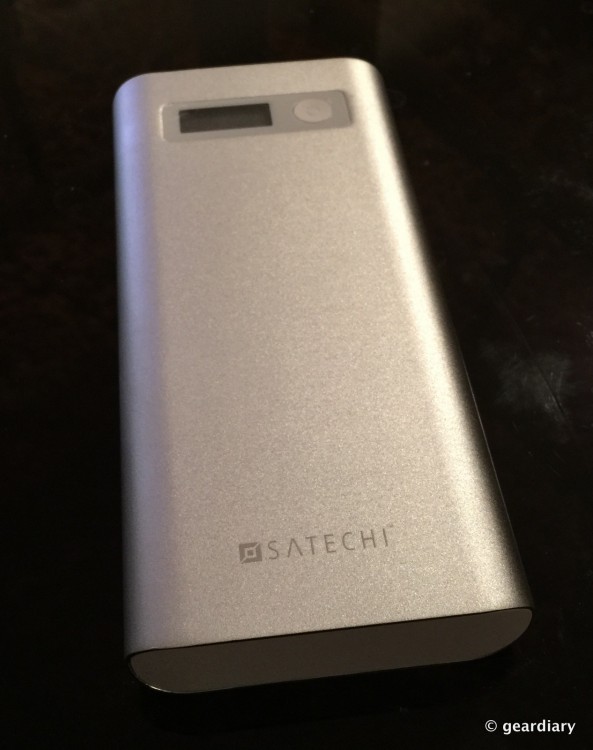 What else can I really say that isn’t said in the product itself? Satechi has simply outdone themselves, and honestly, after dealing with battery chargers that were only 8000mAh or below, and having TWO devices that seemingly need to be charged on a nightly basis, the SX20’s 20,000mAh battery is MORE than enough for the average consumer. 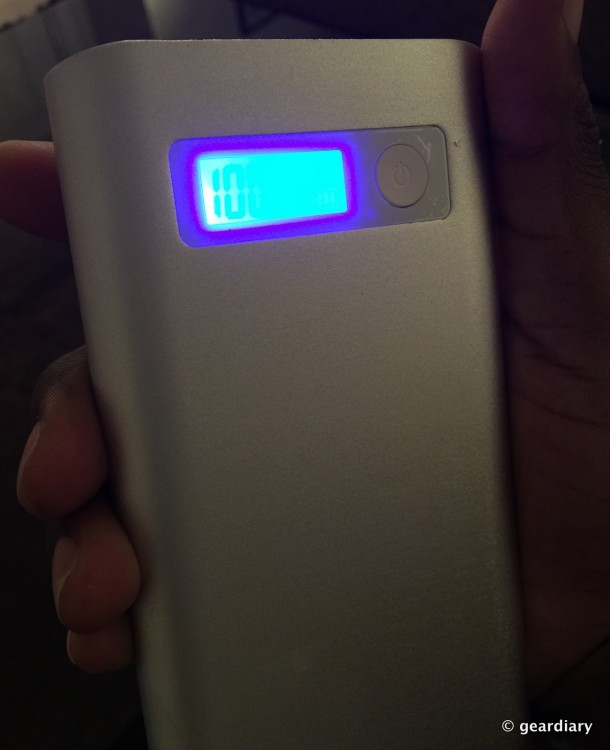 If you’re out and about at the beach, or if you are on that long flight out west, feel free to bring your tablet and your smartphone and use freely as long as you have this all aluminum battery pack by your side.For $39.99 you can have the SX20 (20,000mAh) today. Pick one up today from their site. Or if you’re looking for any of their other external battery chargers check out their variety here.

What I Like: Enough internal battery to charge TWO iPads from 20% all the way to 100% or an iPhone 6 five times. Also the added flashlight feature is pretty neat as well (if you plan on using it).

What Needs Improvement: If they had made the height of it smaller and maybe a bit bulkier in weight, that would’ve been perfect.