The TAP by Armorz is an intelligent screen protector for iPhone 6, 6 Plus, 6s, and 6s Plus. The TAP was made to allow for one-handed use of the iPhone 6 and 6 Plus by including two touch-sensitive buttons on the bottom of the TAP to access touchscreen buttons that might otherwise require a second hand. 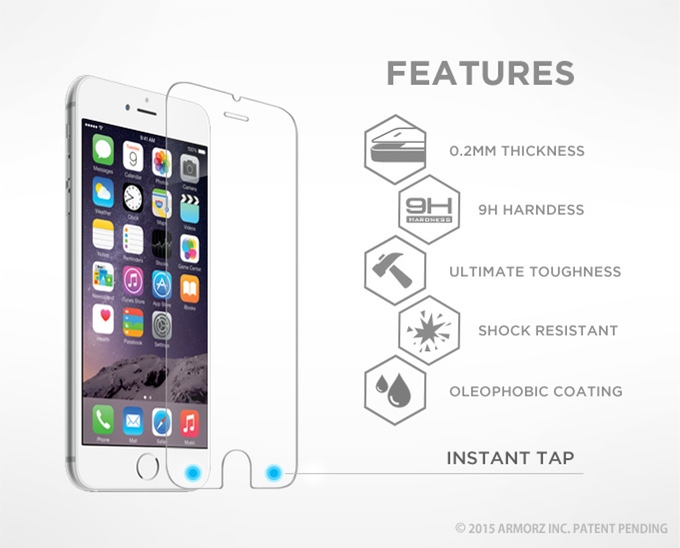 As of this writing, there are only 4 days left to back the TAP on Kickstarter, otherwise you’ll have to wait until at least November/December 2015 to get your hands on one. If you back the TAP before the campaign is over, you’ll be able to snag a single screen protector for $19.

Check out their Kickstarter promo video, below: 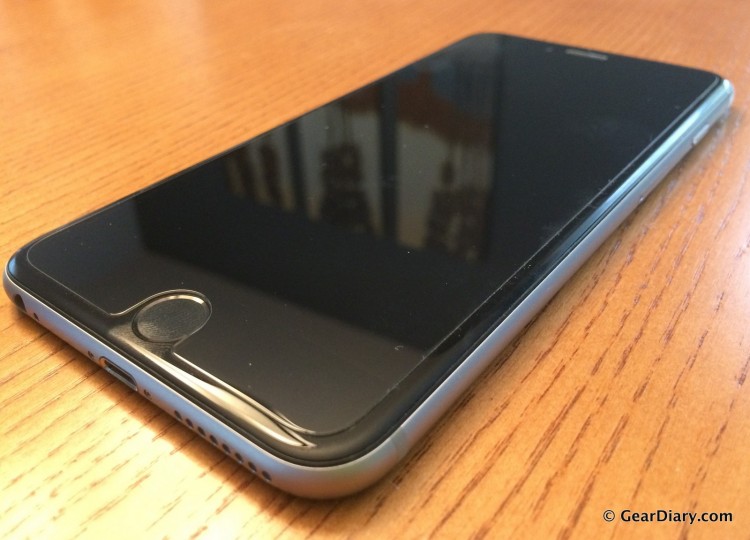 The TAP is designed to work with many apps, including: Airbnb, Amazon, Chrome, Dropbox, Ebay, Facebook, Gmail, Google Drive, Google Maps, Google Photos, Line, Instagram, Mail, PayPal, Safari, Spotify, Skype, Snapchat, Twitter, Uber, Wechat, Whatsapp, Yelp and more. If the TAP becomes popular, I’m sure more apps will be designed to work with the two extra buttons that it provides, however the TAP will not work with every app, so you’ll need to keep that in mind.

The TAP is made with 0.2mm Corning Gorilla Glass for superior screen protection, as it has 9H hardness rating. It also has an oleophobic coating that resists water, so you don’t have to worry about water sitting on your screen. The installation of the screen protector is super simple; you just line it up with your iPhone and drop it on. The removable adhesive does all the work bonding the screen protector to your phone without gaps or bubbles. 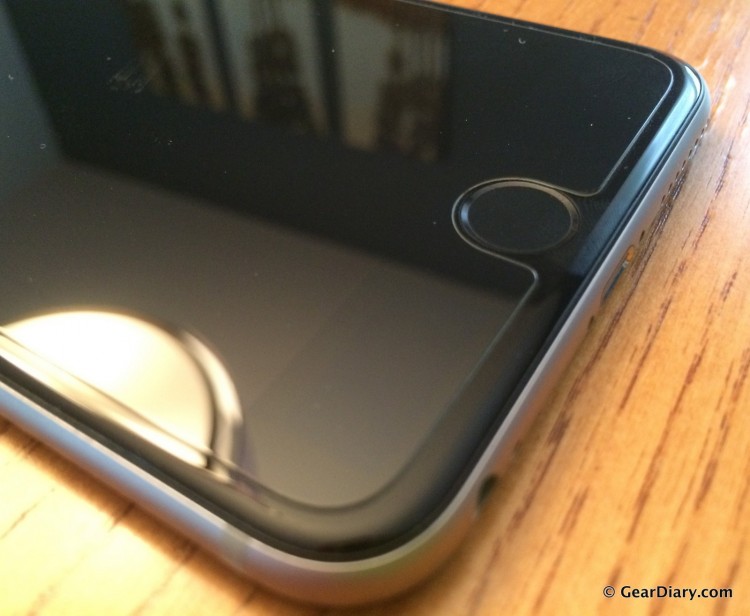 The TAP is also completely plug-and-play; there are no additional apps or settings you need to configure in order to use the invisible button functionality. The TAP also won’t interfere with 3D Touch functionality on the iPhone 6s and 6s Plus and is meant to improve touchscreen operability.

Armorz was kind enough to send me a prototype of the TAP prior to the end of their Kickstarter campaign for testing and review. Please note that the TAP that I’m using is still a prototype and has some kinks that will be worked out before it’s shipped out to backers and the general public. 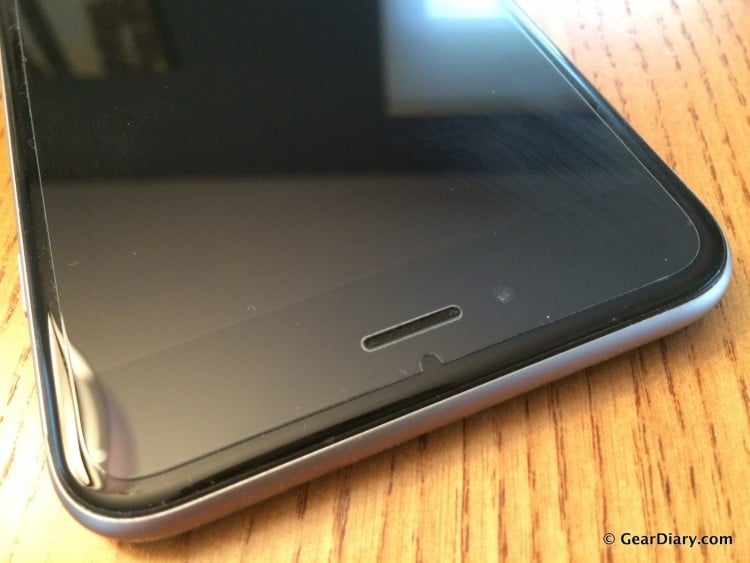 Check out my video showing the TAP screen protector’s bottom button functionality, below:

A video of the @armorz TAP intelligent screen protector in action. The bottom left blank area under my screen is turned into a “back” button. @geardiary @heyygreggie #tech #techlife #iphone #kickstarter Check out their Kickstarter campaign: https://www.kickstarter.com/projects/1657859054/the-tap-by-armorz-intelligent-screen-protector-for

While my experience with the TAP prototype was not 100% smooth, there’s enough here to see that Armorz has something special on their hands. The additional button functionality, when it worked, was really easy to use and helped to keep my iPhone usage one-handed. Unfortunately, since it’s a prototype, I was having some touch sensitivity issues in the areas where the “back” and “menu” buttons typically are on the top-left and top-right sides of the screen. I also did not get the bottom buttons to recognize my touches every time.   This could have to do with the apps I was using or the fact that the TAP I was using was a prototype; there’s no telling. 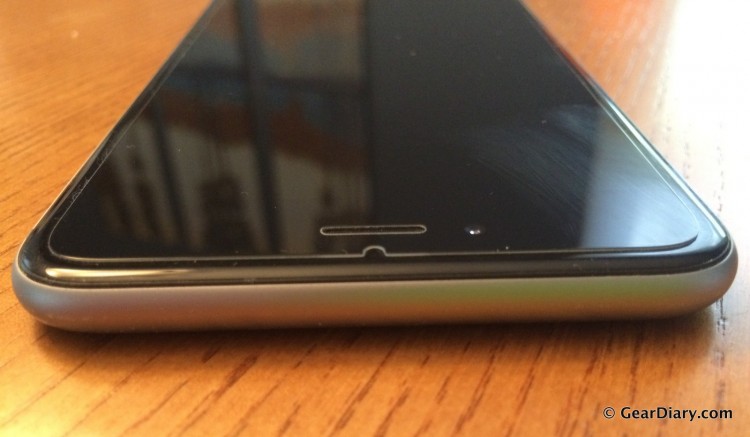 But, if Armorz delivers a perfected final product, I will absolutely be the first in line to purchase one. The new larger sized iPhones are difficult to use one-handed, but the TAP intelligent screen protector will help reign in the extra long reaches for those top buttons, while providing excellent scratch and drop protection.

You can back TAP by Armorz on Kickstarter now for your chance to get a screen protector for $19 before they’re available to the general public.

Source: The TAP Intelligent Screen Protector prototype was provided to me as a review sample by the manufacturer.