There are a lot of first-world problems in the world, and one of the more complained about is stronger wi-fi signals. I know I’ve personally had issues with slow downloading speeds and long buffering times, but INFLUX might finally have the answer to our problems.

Announced this week, Influx has released their new Router Dock that not only compliments your home décor, but revolutionizes the speeds that you use the internet in your home. Requiring virtually no setup or software, the Wi-Fi Router Dock improves your wireless signal strength up to 50% more than other routers and extenders out there on the market. And all it takes is just opening up the Wi-Fi dock and placing the router on it, and boom! A completely different Wi-Fi experience. 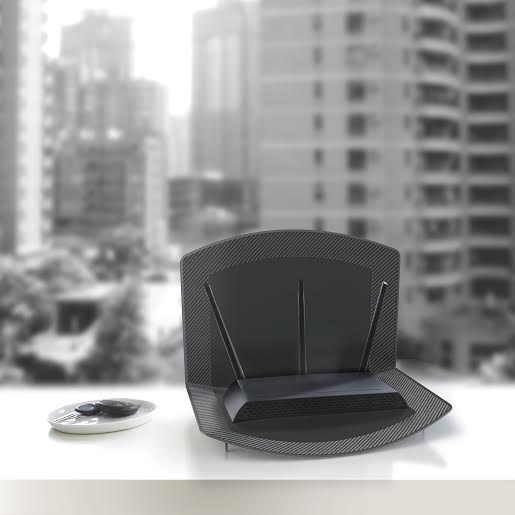 “At INFLUX, we connect people better with incredibly simple innovations that anyone can use,” explains Benjamin Richardson, INFLUX CEO and Founder. “The Wi-Fi maximizing Router Dock is not only a groundbreaking product, it’s an entirely new category in the Wi-Fi space with a universal application for any home Wi-Fi system worldwide.”

Richardson adds, “The INFLUX Router Dock is just the first in a series of products we are designing toimprove connectivity at home and on the go.”

Available for pre-order later this month, the dock could be yours at only $59.99, shipping soon after in December. To find out more information visit InfluxWorld today.