The idea of owning a capable gaming system that isn’t extremely expensive or overly large may seem like a pipe dream, but the Alienware Alpha R2 defies the typical gaming desktop stereotype. At ~7.7″ square by ~2.2″ tall and with a starting weight of 4 pounds (including power brick), the Alpha R2 is portable, affordable, and best of all capable.

I was sent the top-of-the-line Alpha R2; at $949.99, it is capably configured with a 6th Generation Intel Core i7 processor, Windows 10 Home, 8GB Memory, 1TB Hard Drive, and the NVIDIA GeForce 960 which supports the optional Alienware Graphics amplifier. There are also options at checkout to bump up the graphics power by selecting either the PNY XLR8 GeForce GTX 1070 with 8GB GDDR5 for $449.99 or the PNY XLR8 GeForce GTX 1080 with 8GB GDDR5X for $699.99. I know that these are a lot of prices to throw at you, but what I’m trying to get across is that you can start for very little and still have a very well-equipped machine.

Let’s do a quick walk-around …

On the front, there are two USB Type-A 3.0 ports and the Alienware logo shaped power button. You can customize the color that it glows once inside Alienware Command Center under the AlienFX tab.

The sides have no ports or buttons. You’ll note that the left side has a triangular cutout; you probably can’t see that there is an LED tracing the shape of the triangle, but its color is also customizable from inside the Alienware Command Center. It’s the little things that make a system yours, right? 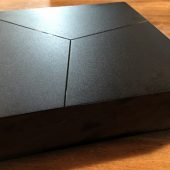 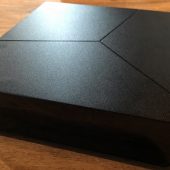 The kit also includes the Alienware multi-media keyboard and the Alienware standard optical mouse. If you want something a bit fancier, there are options to upgrade both accessories when you are checking out.

I was also sent a Mobile Edge Alienware Vindicator carry case; it makes safely packing up the Alpha R2 (along with its power cable, brick, and mouse) ridiculously easy — perfect for bringing everything along with you when traveling or attending a LAN party at someone else’s house. 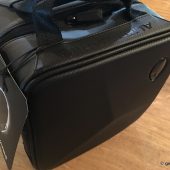 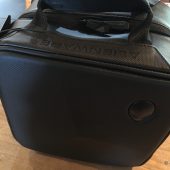 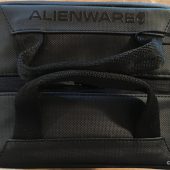 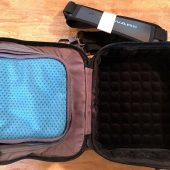 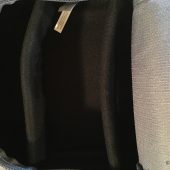 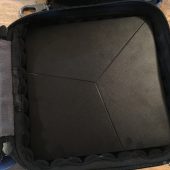 Setting up the system is straightforward; if you’ve ever set up a computer, you’ve got this. Plug the mouse and keyboard into two of the empty ports on the Alpha R2, then plug the computer in. If you are connecting a monitor, connect its HDMI cable to the OUT port on the back of the Alpha R2, and you’re set.

When you turn the Alpha R2 on, you’ll be taken to the Alienware HiveMind launcher, which is branded Kodi on the upper left in a few of the screens, so it’s obviously a version of or built upon that framework. From here, you can access all of your content, the Windows desktop, and a full selection of online gaming spots including Steam, GOG Galaxy, Origin, Uplay and Battle.net. I found it easy enough to navigate after a bit of looking around; the only snag I ran into was that when in the HiveMind launcher, you have to navigate to the Programs section to launch the desktop — pressing the Windows key on the keyboard doesn’t work, nor do any of the other media buttons (volume, pause/play, etc). It’s not a huge issue, but it would make life easier if the (seemingly obvious) connections were made and they worked. 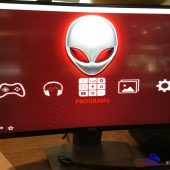 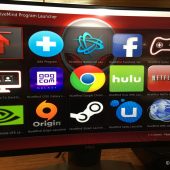 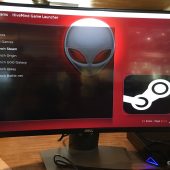 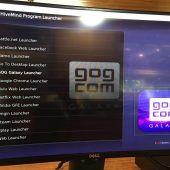 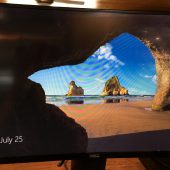 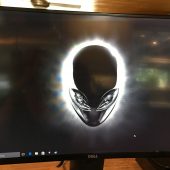 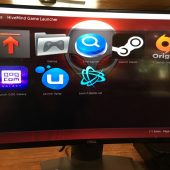 Games played on the Alienware Alpha R2 are remarkably smooth, in fact, they look as good or better than games on our Xbox! Here’s the trailer for Team Fortress 2, as it played in Steam on the Alienware … 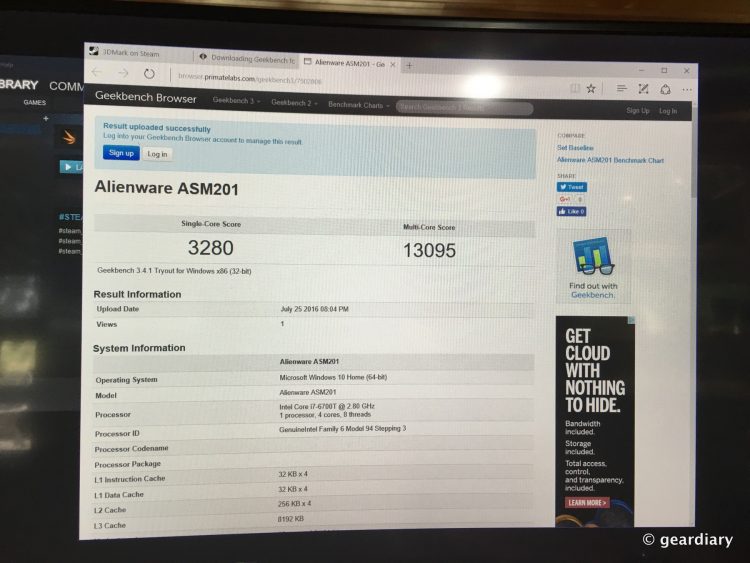 I ran the 3DMark DirectX 12 benchmark, and while the Alpha R2 (without the graphics amplifier) doesn’t score quite high enough for VR, it still does better than most gaming laptops. 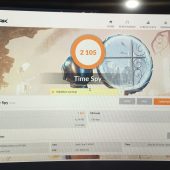 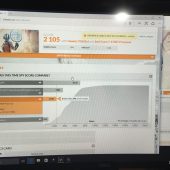 I would be remiss if I didn’t mention that it is very easy to open the Alpha R2; undo the screws on the bottom, and you can open it to perform your own upgrades. Check out this video to see what I mean …

If you’ve been looking for a gaming system that can be set up in your living room to run on your big screen, one that can also function as your main computer when it’s on your desktop, and one that you can easily bring along for LAN parties, the Alienware Alpha R2 is your beast!

The Alienware Alpha R2 starts at $599.99, and it is available in whichever configuration works best for you from Dell. You can save an additional 10% off all accessories when they are purchased with a PC if you apply the code EXTRA10NOW through August 1, 2016. There are also 12-month financing options available.

What I Like: Compact yet powerful computer; Available in various configurations and prices so that there is something for everyone; Capably handles graphics intensive games even without the optional graphics amplifier; Powerful enough to be your main PC; Can easily be opened and upgraded by the user;

What Needs Improvement: Media and Windows keys on keyboard aren’t supported by the HiveMind launcher