Posted By: Kayla Matthews May 3, 2017
ShareTweet

Lots of people lament the effect smartphones have had on social interaction. When people today hang out, it’s not uncommon for there to be moments or even minutes of silence as everyone in the group looks at their phones. 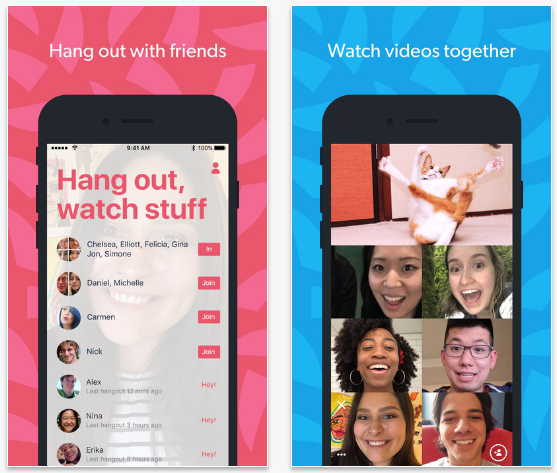 Although that sometimes is the case, there are also plenty of instances where phones play a more social role. When people today hang out, they often crowd around one another’s phones to watch videos or look at social media together. In these situations, smartphones give people something in common and provide something shared for them to talk about.

App developers have picked up on this trend and are innovating ways for people to have these kinds of shared experiences even when they’re not in the same room. The most recent and one of the most high-profile is Cabana, which was launched by Tumblr earlier this month.

Cabana allows up to six users to video chat at once while watching YouTube videos together. Users log into the app and then create a public or private “room” or join an existing one. Anyone in a room can look through YouTube and choose a video, which will play for everyone in the group. Everyone in the room watches the video together and can talk about it throughout.

Although Tumblr is launching the app, it’s not integrated with the social media site in any way. It is integrated with YouTube, although the two sites haven’t formed an official partnership.

Cabana didn’t exactly start with Tumblr, either. It actually began as a project by Polyvore Labs, an incubator inside Yahoo. Yahoo acquired both Tumblr and fashion site Polyvore in recent years.

When David Car, Tumblr founder and CEO, saw Jason Lee, the director of product management for Ploycore Labs, demonstrate the app at a Yahoo event in early 2017, he loved the idea and Tumblr eventually began working on the project.

Other Apps That Offer a Group Experience

Cabana isn’t the first app to venture into social video viewing. Houseparty, which works in a similar fashion, reached over one million users in under a year.  There are plenty of other apps, too, including Togethr TV, Gaze, Rabbit, and ShareTube, which are trying to break into this area. YouTube has even started experimenting with live social video viewing with an app called Uptime.

The trend also brings to mind the recently popular live streaming services such as Facebook Live and Periscope. The differences, though, are that Cabana’s experience is more private and allows you to watch pre-recorded video together as opposed to live video.

The rise of live streaming represents a shift in social media toward more spontaneous and, of course, more synchronous interaction. Services like Cabana and Houseparty take that trend and make it more private and even more interactive. Interestingly, social media trends seem to be moving toward online social interactions that more closely resemble real-life ones.

If social video viewing takes off, it could have some interesting impacts on video-related services such as Netflix, YouTube, Vimeo and even Facebook. Being integrated with these types of apps could prove to be a huge advantage for these companies while being excluded could be quite harmful. Paid services like Netflix and Hulu could see a rise in subscriptions as more people sign up so that they can participate in video-watching chats with their friends.

The apps could influence which technologies are most commonly used as well. For example, a recent report from Encoding.com found that 55 percent of users watched video in 1080p in 2016, compared to only 48 percent of users in 2015. Streaming usually requires a smaller resolution though, so resolutions like 640 x 480 may become more popular. Video may also become more of a priority for smartphone makers if apps like these really begin to catch on.

It may be a bit too early to tell, but services like Cabana and Houseparty may be one of the next big trends in social media. There are already plenty of players in the field, so it will certainly be interesting to watch who comes out on top and what partnerships are formed between competitors and video services.

As this trend continues to develop, it’s looking like social media may be getting a bit more social.

Right now, you can only download Cabana for iOS devices (for free), but an Android version should be coming soon.