While attending IFA Berlin in 2015, I learned Dyson would have their robot vacuum coming at some future date. I kept my eye out for it because I like Dyson products, but I’ll admit to experiencing a bit of sticker shock when the Dyson 360 Eye Robot was finally announced and available. $1,000 for a robot vacuum? What?! Seriously? 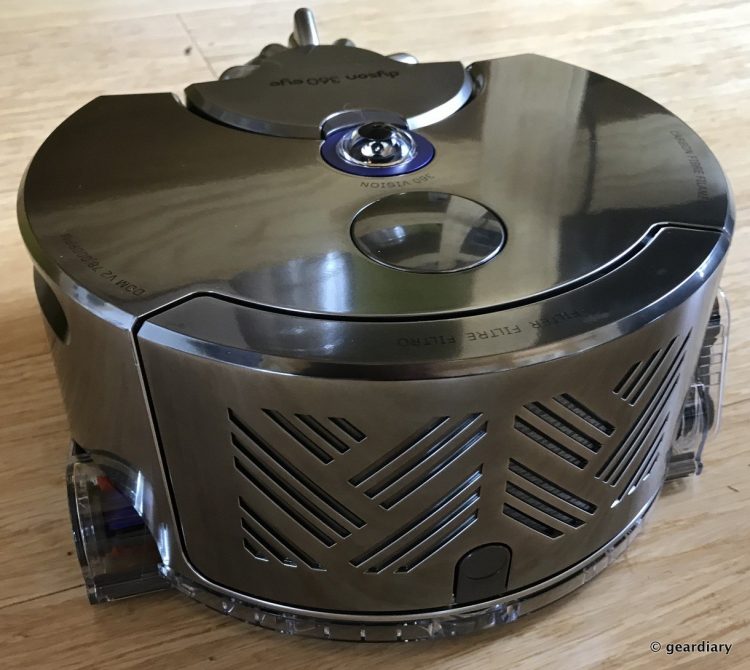 I’ve owned a few robot vacuums over the years; iRobot models mostly, and while I found that they worked well enough on open floor plans, they weren’t exactly what you’d call smart. They also weren’t that easy to clean when the inevitable hair and fibers wrapped around their beater brushes. Other robot vacs‘ prices are all over the map; paying $150 – $900 depending upon features and connectivity seems to be the norm.

The Dyson 360 Eye Robot is supposed to have twice the suction of other robot vacs; it is supposed to work on every floor type, and it has tank tracks so it can go over bumps. The 360 Eye has filters to capture allergens and release cleaner air as it works, and is supposed to be able to detect things like furniture or stairs — working around them and not falling. The 360 Eye also works with the Dyson Link App (which I also use to control my Dyson Pure Hot+Cool Link Air Purifier Heater & Fan and Pure Cool Link Tower).

The 360 Eye came out late last year, and I resisted. Boy, did I resist. But I kept thinking about it, wanting to try it; I wanted to know if it was any better than the robot vacs I’d used in the past. I finally broke down in April and decided to give the 360 Eye a try. Here’s the thing: Dyson offers a 30-day money-back guarantee, so I knew that if the 360 Eye didn’t completely wow me, I could always send it right back. I figured that one way or another, I’d either decide that it was totally worth keeping, or I’d return it — no harm, no foul.