It is a sad commentary on our society that so many companies are working to find ways to incorporate self-defense products into everyday life. We’ve seen tasers built into phone cases, discreet pepper sprays, and all sorts of apps that alert your loved ones if you aren’t home/at your destination by a set time. Most of the time the pitches make complete sense. Then there’s the Invi bracelet, which allows you to skunk your attacker. 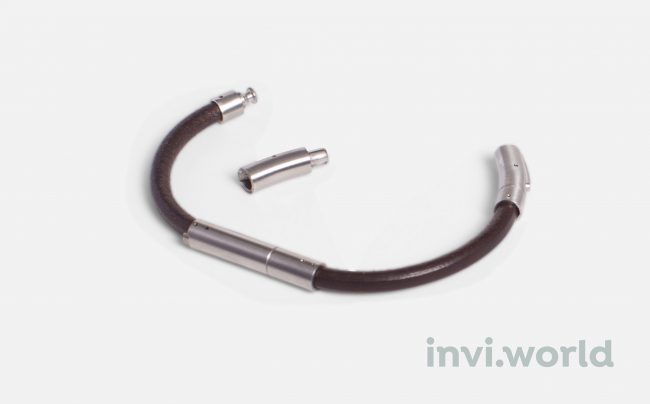 That’s not a typo or a mistake-the Invi bracelet lets out a “foul odor” designed to scare off an attacker. According to the company:

“The smell can surprise, demotivate, and repel an attacker without using violence. The foul smell evokes a disgust reaction which has a negative effect on sexual arousal. Furthermore, as the smell spreads easily (over 100 meters distance) this can help to alarm others in the surrounding.”

It’s an admirable goal, but I have a number of concerns that Invi’s website FAQ doesn’t directly address:

I admire that Invi wants to make a positive change in the world of self-defense. I agree that if a self-defense product is as easy to wear as a bracelet, it will more likely be in reach when you need it. But you also need it to be something you can do automatically, and something that will not incapacitate you as well as your attacker. Years ago, the Riot Grrl movement put together a concert series called “Free to Fight” which incorporated songs about standing up and defending yourself with useful self-defense tips. The entire discography as well as the accompanying booklet on self-defense and empowerment are now free, and worth a listen. I especially suggest the “Target Practice” song, because it is catchy and will help you commit to memory “eyes, knees, groin, throat”. But the idea behind incorporating self-defense tips into a mix album is to really commit to memory those tips on how to be safe, from how to fight back to how to carry yourself to look more confident. All these are more valuable than hoping an attacker has a strong sense of smell.

Self defense is incredibly important, and it’s something everyone, especially women, need to take seriously. However, you cannot rely on any device or weapon to save you; at the end of the day, the device is only a tool, and what matters more is your mental confidence and ability to react under duress. Most important is your safety, and a device like the Invi just feels like something that’s more likely to anger an attacker and isolate the victim instead of providing serious protection.