I’ve had a couple Amazon Echo Dots for about a year now. I thought they were great. Then this past Christmas, I picked up a couple Google Home Minis just because I wanted to check them out. Now Amazon’s Echo Dot has been pushed to a backup system as I think the Google Home system is so much better. 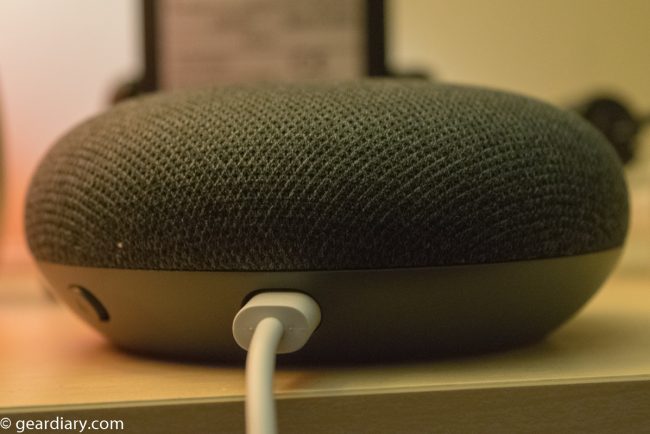 The Dot is pretty cool; you can do a lot with the dot.  Right after I picked it up, Iset upp multiple skills and even bought some Lightify lights from Osram-Sylvania; soon, I was happily turning lights on and off with my voice. However, I am a geek and I really wanted to check out the Google Home system, so when Best Buy ran a sale for Christmas I picked up one for myself and a gift … that ended up coming back to me as my Dad did didn’t like the idea. So I forced myself to use the Google Home system for a while, and now my Echo Dots are my backup system for multiple reasons. 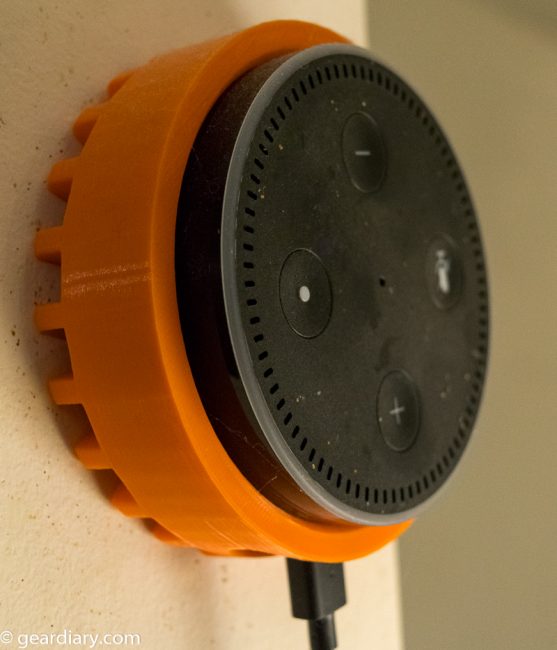 Google got this right. There’s almost zero set up when you want to do something new. No adding skills. Just say say “Hey Google” and it works. The most set up that I had to do was linking the Lightify system for my lights to it. That’s it. If I want to play a game with the Google Home Mini, I just say “Hey Google, play a game” and that’s it.  No adding the game as a skill.  The only difficult part is learning all of what it CAN do.  Google is adding features to it all the time so it can be hard to know all it can do. 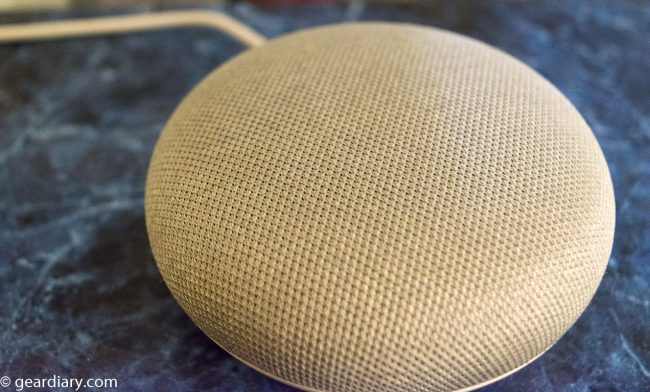 Since each Google Home Mini speaker is a Chromecast audio source, you can set up groups of speakers in your house — including a group that has all the speakers in it. My podcast player, PocketCast, and almost anything I use on my phone will stream to the whole house, and it’s all perfectly in sync. This is awesome.  Nothing on the Echo Dot comes close to this.  Even though I can play music from Amazon on the Dot, since all Google Home devices ARE Chromecast devices it’s perfect.  You can also use Bluetooth to the speaker as well, although if you just Chromecast it to the speaker there’s no point to using the Bluetooth since WiFi has a much larger range.

Multiple Commands in One Breath

Google recently added the ability to send more than one command at once.  For example, you can say “Hey Google, turn on the living room lights and give me the weather forecast.” and it does it! It’s not perfect but this is really convenient. Eventually, I see being able to string even more together.  It brings to mind the scene in Back to the Future 2, where Marty McFly’s son told the TV a whole set of channels and the TV complied; that is the future.  That is why you get one of these as it brings you that much closer to Star Trek. One day, once you add things like your stove and coffee pot and other smart home devices, I can imagine asking Google to start the coffee and turn on the stove. We’re not there yet, but this is a significant thing.

The best part with either of these is that if you are walking in the door with full hands bumping the door shut with your butt (we’ve all done it), all you have to do is say “hey Google, turn on the living room lights,” and it will while you still have stuff in your hands. Google Home does this better than the Echo Dot, mostly because it’s just faster.

Why You May Not Want Any of Them

Earlier, I wrote about my dad not wanting the one I was giving him for Christmas. My dad does have a smartphone, multiple computers, and a tablet or two, but he doesn’t have any streaming service that cost money. It took a lot for him to go with a Smartphone, but he finally did; while he loves it and can see why with these devices he can’t bring himself to use them. First, he doesn’t like the idea of the device listening all the time; while it really only listens for the keyword, it still kind of makes him uncomfortable. I also think that he thinks this is like those horrible voice response systems when you call some businesses. These aren’t at all like that, but that may be one of his impression. Now if I had managed to get it hooked up (which he wouldn’t let me do), and he saw how convenient it was, I think he could go for it. But until then, no.

Even I acknowledge there could be security issues with these devices that I’m not aware of. However, I accept the risks. There’s also the fact that sometimes things don’t work. This is early technology, and while it’s actually pretty good, I can see how it can be so much better. So if you aren’t willing to be a guinea pig for Amazon or Google, then maybe wait another year or two.

I like Google’s implementation the best. The Echo setup is a more cumbersome, and you have to add skills before you can do things. You have none of that with the Google Home. Plus the whole house streaming thing has me suckered in. Google Home is the system to beat in my opinion.