Looking for an all-in-one solution to browsing, searching, and navigating your TV menu? Look no further than the Logitech K600 Smart TV remote. We’ve had the opportunity to test it out for ourselves and it’s one of the best solutions to typing with your television and getting things done faster. 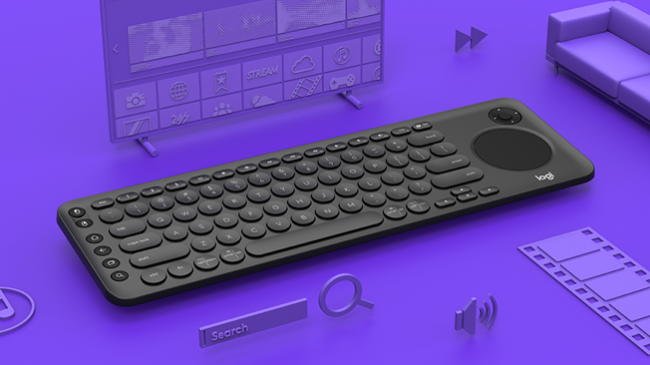 As a personal fan of all things Logitech, over the past few years, it seems as though my home is full of their products. From the Logitech Circle Cam, the Pop Button and my favorite home device ever — the Harmony Remote, I have to say the Logitech K600 is quite possibly the best way I’ve navigated my television in some time.

It’s hands down the best method of switching through various media outlets, including your Mac or Windows PC, your tablet and smartphone, but for me specifically what I use the K600 for is the endless amounts of media options that I consume from my television. Being able to switch the various devices that I use (Amazon Fire Stick, Nvidia Shield, Apple TV 4, Roku, Google Chromecast, Xbox One, Verizon Fios and Vizio) seem to be a breeze with the K600 as it can toggle through three different devices by tapping the F1, F2 or F3 keys. The full-sized keyboard seems to work flawlessly on every single device, including an HDMI splitter that runs an additional 4 devices. My most used device on my television with the K600 has to be hands-down the NVIDIA Shield. It’s not only the simplest set up (connect to Bluetooth), but with apps like Google Chrome, VLC Player, Plex, and others, now I can search through my media 2x faster than I would when using a standard remote to type out a search for my shows. 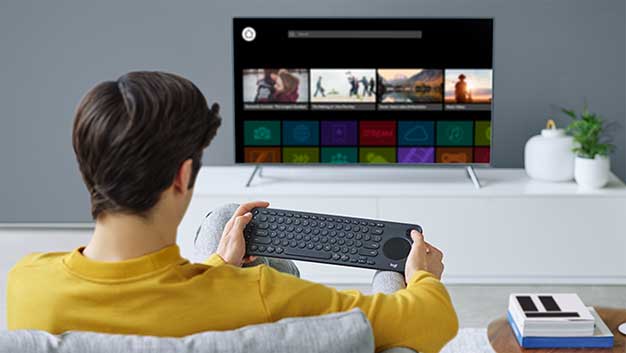 Its support of Bluetooth pairing is a real treat, as most devices like the Fire Stick and the Shield TV support it. All it takes is a quick hold of the companion F key to pair, which after testing and consulting with Logitech, I’ve found works on multiple televisions. So if you decide to go from the Living Room to the Bedroom to continue viewing, you can do that. 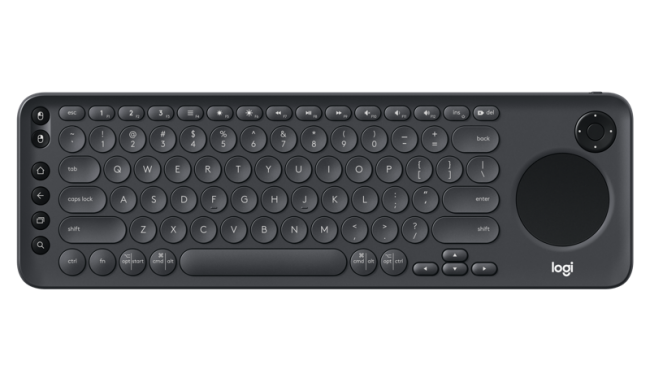 Logitech states there are additional smart TV keys which are:

The K600 does also allow you to set specialty keys, so if you have a remote like the NVIDIA Shield’s where hotkeys may be different from your FiOS remote, you can designate it accordingly so it works like the standard remote for said device. Translation: this is the most convenient way to switch from multiple devices. While I personally don’t ever use it to type on my MacBook Pro, if you are using Airplay on your Apple TV this keyboard would be a great method of using continuity on your Smart TV if you need to use a larger screen. The included trackpad works better than every single trackpad on my standard remotes, including the Siri Remote that is PAINFULLY frustrating to use. For the moments that you do not want to use the trackpad, there is a smaller control panel to the upper right that allows a more tactile way of navigation. 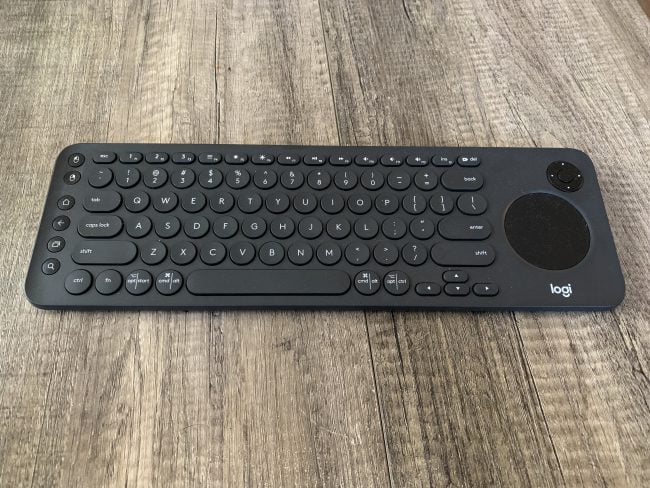 One caveat about the keyboard though is it’s lack of backlighting, so a dark room would be less than ideal for typing on the K600. This has not stopped me once from using it to type in bed though. I’ve read other reviews stating that it may not work with Samsung televisions, but for what it’s worth I use Vizio and have yet to have any of these problems. If you wanted to nitpick, I wished there was a USB-C charging option instead of using batteries. Especially since most of Logitech’s recent products have opted for rechargeable options including the Logitech Harmony. These are just two minor setbacks that may not seem like bad things to many, but definitely avoidable problems I hope the brand fixes in future models.

As an aside, I also have to mention that this is NOT meant to be used as a gaming keyboard, even though it looks as if that’s the case. While I’m certain it could remedy some situations for gaming, the K600 is a smart TV keyboard, and not a device to be used for gaming. 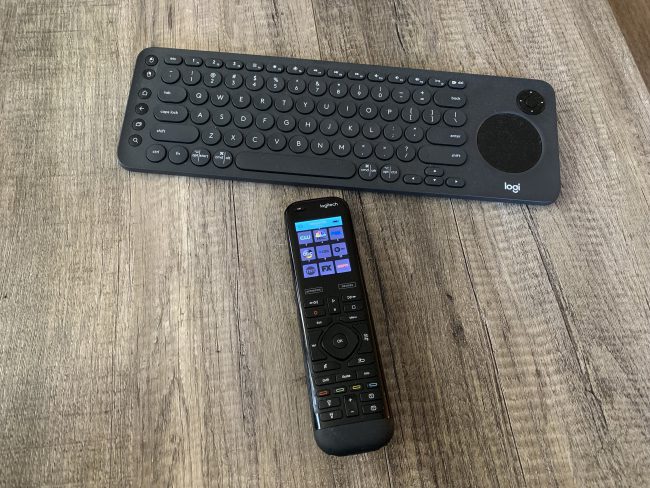 At $69.99, you’ll be hard pressed to find a better Smart Keyboard that has everything, from volume control, trackpad, a proper keyboard for inputting information such as Log-ins, multiple device options for quick toggling, and even a method of switching windows and searching effortlessly with standalone buttons.

The Logitech K600 Keyboard retails for $69.99 and it is available directly from the manufacturer and from other retailers including Amazon [affiliate link].

What I Like: I FINALLY no longer have to type from my remote control; Multiple device use cases

What Needs Improvement: Ability to be recharged instead of using disposable batteries