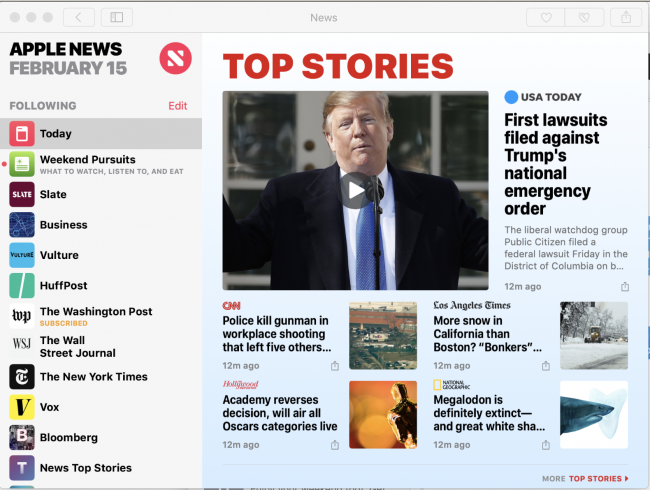 There’s a cliché phrase, “If at first, you don’t succeed, try again”. Apparently, that’s how Apple feels about publishing, because they’re convinced their prior explosive failure at eBooks was a one-off, and they’ve got a great new subscription plan in the works. I’m sure publishers will love … wait, giving a 50% cut to Apple? Does Tim Cook have a head injury?

Let’s dissect the terms for a second. Per the Wall Street Journal, here’s what Apple is proposing:

So this is awesome as a consumer of news, but there are a number of reasons publishers are understandably very wary. First of all, this presupposes that the major news outlets are struggling to get people to pay for their paywalled content. Second, it assumes that they feel their best option is to take a sliver of a cut from Apple. Off the top of my head, news outlets can do the following: bundle print and digital editions, offer yearly pricing that cuts the annual cost, combine memberships (like Amazon Prime/Washington Post), offer student pricing, and of course, teaser pricing that’s significantly lower for a short period before increasing. All of those are tools that news outlets can use to get their subscribers up and more eyeballs on articles, and none of them require handing the keys to their publishing kingdom to a third party. Also, as a side PSA, check your local library, as they may have digital access for users as well.

The point here is that Apple is offering an incredibly raw deal to publishers who are in reasonably good shape. If you’re a struggling publisher, sure, any offer is better than nothing. But it’s the height of arrogance that Apple thinks the Washington Post, Wall Street Journal, and New York Times are going to go all in on such a skimpy offer. Also, you’d think after the nasty licking they took in eBooks, they’d be more conciliatory and less aggressive with their offers.

[For anyone who’s forgotten the late, “great”, iBooks debacle, Apple was involved in a plan where eBook prices were fixed by publishers, with zero ability for retailers to set prices or offer discounts. It ended with a legal mess and a whole bunch of consumers getting money back from settlements.  Basically, it was a big fail for Apple.]

I’m assuming the same negotiators are working on Apple’s “streaming video” service, because for reasons that I can only assume involved engaging in really excellent drugs, Apple is asking for a 30% cut in exchange for combining outside subscriptions with their own. In other words, if you’d like to access Netflix, one of the most ubiquitous streaming services on the planet, through your Apple streaming subscription, you can … but Netflix will only get 70% of the revenue they would receive if you had paid them directly. Unsurprisingly, Netflix, HBO, and Hulu have all told Apple they’re not interested. I have so many questions about why Apple thinks that’s a compelling concept for a content provider. Here’s the thing: I’m sitting here writing this post while binging “One Day At A Time” on Netflix. I’m watching it on my Amazon Fire TV, which not only offers me Netflix but also lets me search in Netflix right from the main screen. I can also watch Netflix on my Chromecast. Or my iPhone. Or my computer. We’re basically one minor screen technology jump away from Netflix on graphing calculators. So what possible benefit could Apple offer Netflix to compel them to slice 30% off their revenue?

I could be wrong. Apple has had a lot of success in music, but they’ve struggled mightily with recreating that success since then. They have also burned a lot of bridges with their eBook debacle, and I can’t help but think that’s on the minds of publishers turning Apple down. Maybe they’ll pull this off, but no business is going to fork over 30-50% of their potential revenue without a REALLY compelling story … and Apple doesn’t seem to have that going for them right now.