The last time I flew to Israel, I had a choice. I could enjoy the quiet provided by my wireless noise-canceling headphones, or I could use United’s crappy wired earphones and watch the onboard entertainment. The new RHA Wireless Flight Adapter makes that choice a thing of the past by letting you cut the cord to your airline entertainment system. 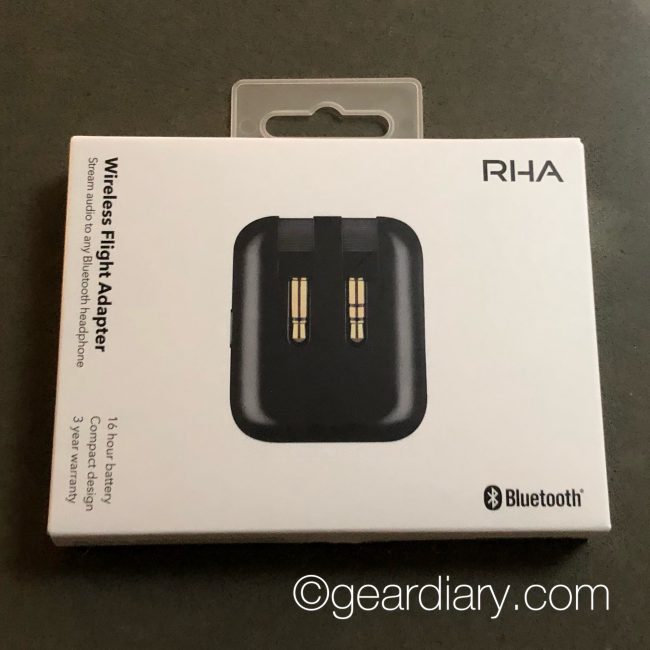 The new RHA Wireless Flight Adapter is just $49.95, and it falls into the category of “Why didn’t someone think of this sooner?” It’s a small device weighing a mere 23g, but it packs Bluetooth 5.0 and a battery that lasts up to 16 hours per charge. 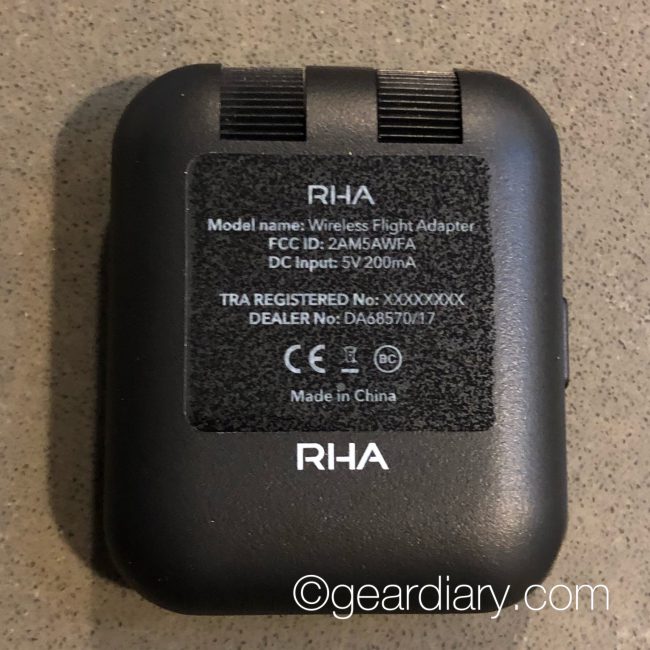 Made from black plastic, it looks like a smaller version of an AirPod charging case. 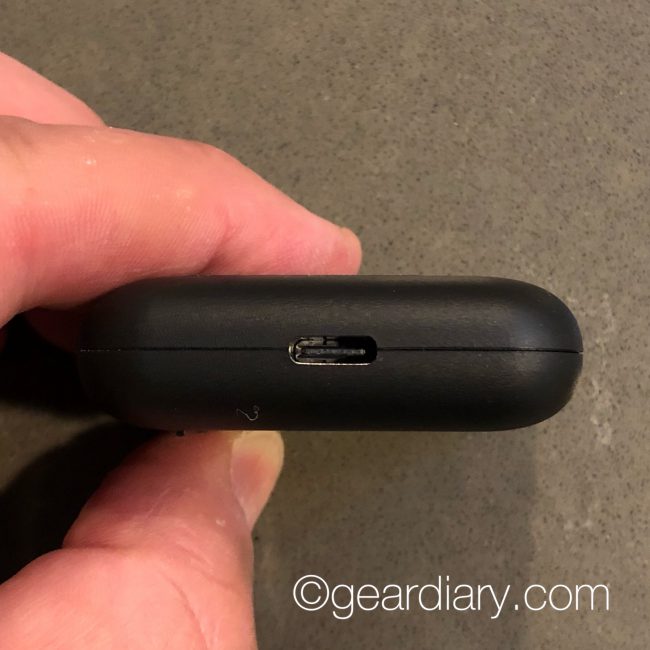 On one side there is a USB charging port. 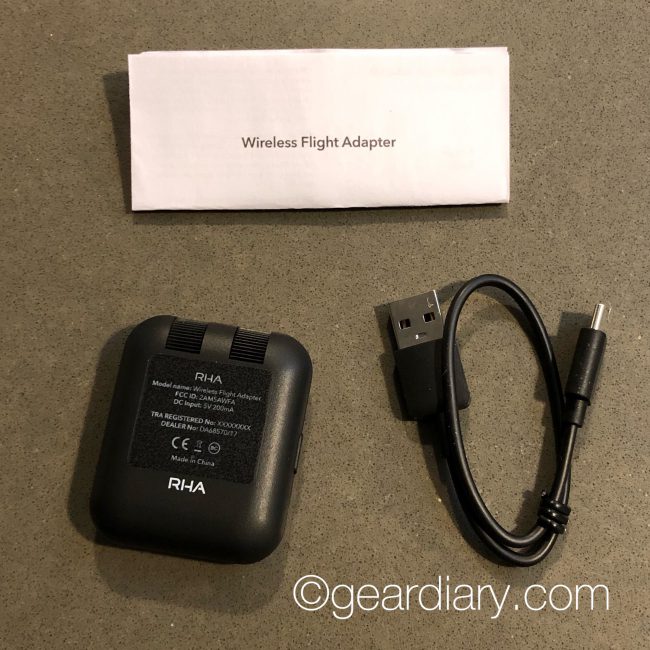 The company is kind enough to include a USB-C cable in the box. Sadly, they didn’t include a protective pouch for carrying it safely. 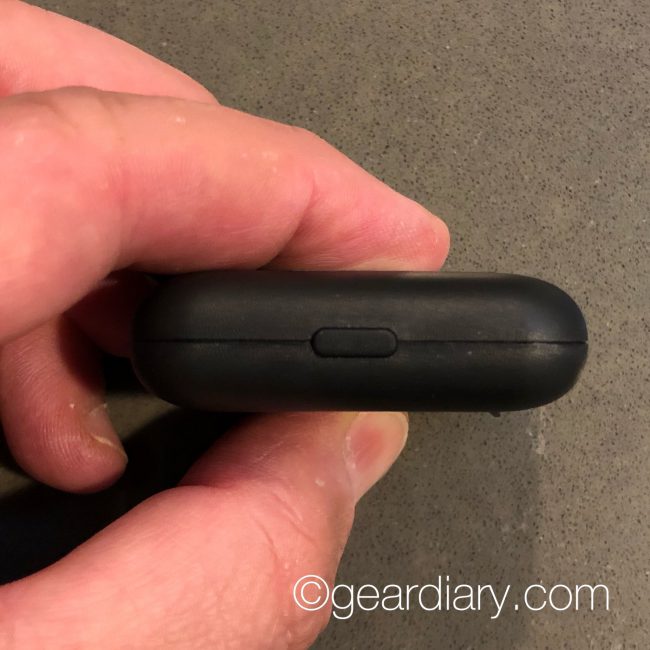 On the other side, there is a single button that allows you to simultaneously broadcast to two different pair of headphones — more on that in a moment. 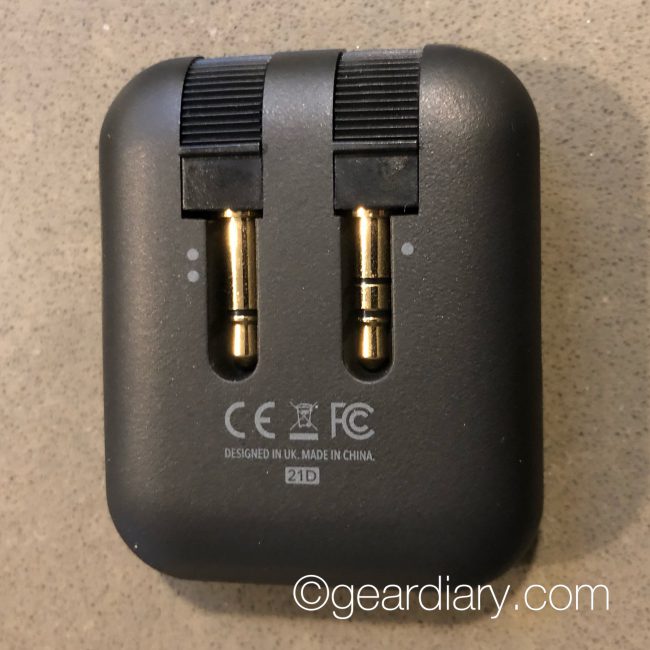 It has two 3.5mm jacks that, when not in use, fold into the unit for safekeeping. 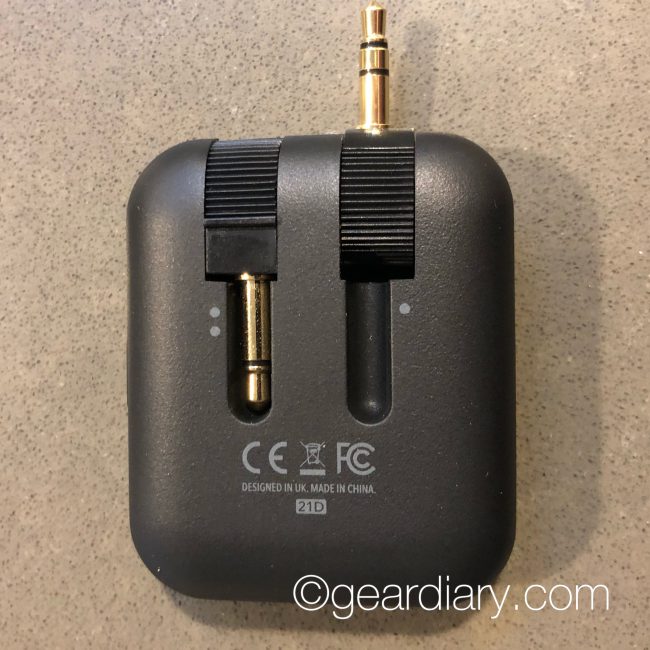 You can flip one 3.5mm connector out for use with devices that have a single 3.5mm input. 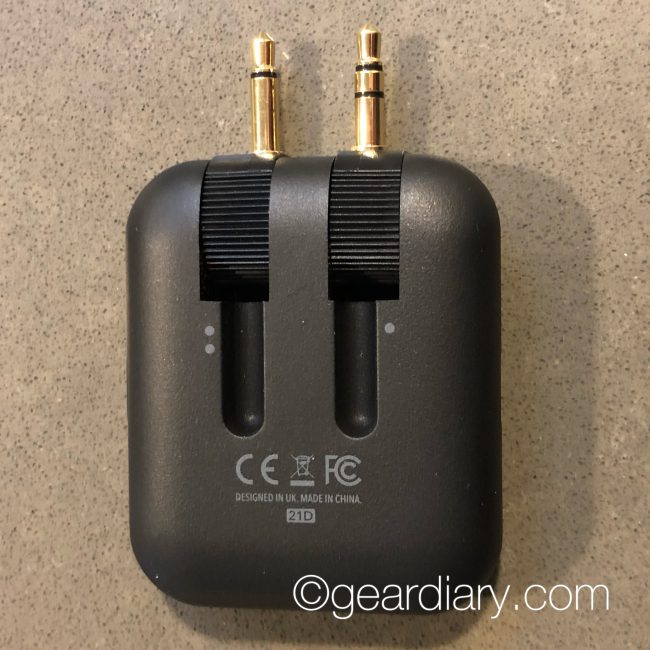 If, however, you are in a plane and the entertainment system has dual 3.5mm inputs, you simply flip both of the plugs out. 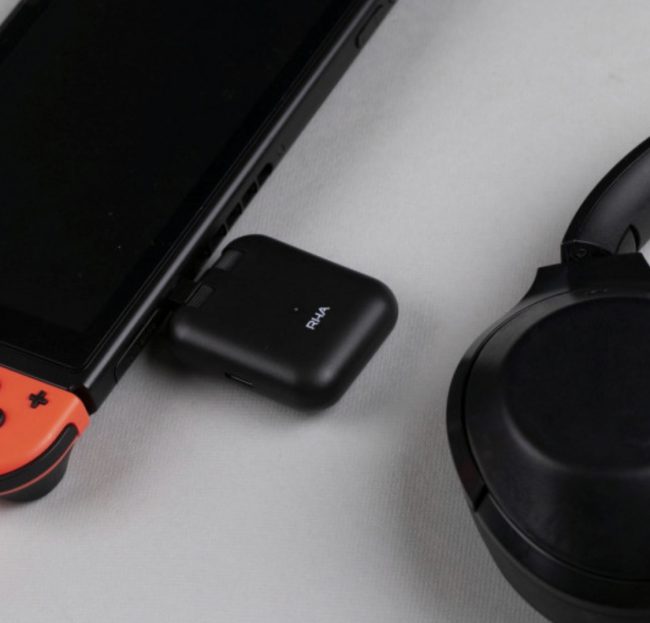 That kind of flexibility means this single device can be used on planes, with a variety of portable gaming systems, with most gym equipment, or with any other device with a 3.5mm input. I particularly love the fact that I can use it with my treadmill.

As RHA explains it is,

[a] wireless adapter capable of turning any audio signal from a 3.5mm device, or double 3.5mm in-flight socket, into high-fidelity Bluetooth signal compatible with any wireless headphones.

I appreciate the fact that RHA has gone all-in with USB-C and I love the fact that, despite its small size, the RHA Wireless Flight Adapter provides up to 16 hours of use per charge. Also, thanks to Bluetooth 5.0 it delivers a range of up to 10 meters and provides High-fidelity aptX and aptX Low Latency when used with compatible devices. 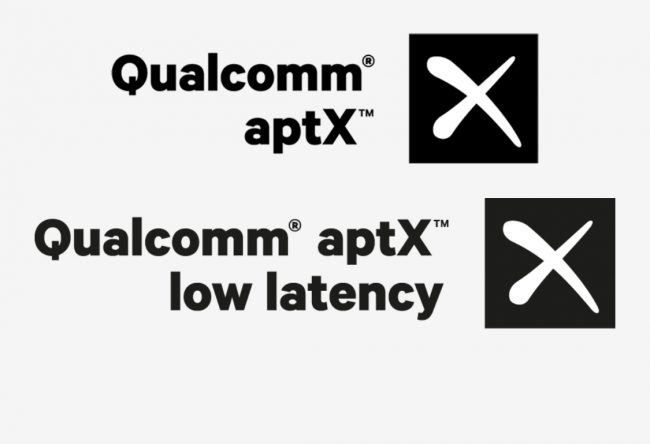 But there is even more to this seemingly simple device. As mentioned, one side has a small button. When pushed, it sends the audio signal via Bluetooth to two paired headphones at the same time. That’s great if, for example, you and your partner want to watch the same movie during a flight or want to listen to the same music. I mean think about it… you are starting a trip with your better half and are going to spend the first few hours totally isolated from one another? What kind of fun is that? At least with this Bluetooth adapter, you can share the experience even while in the air. 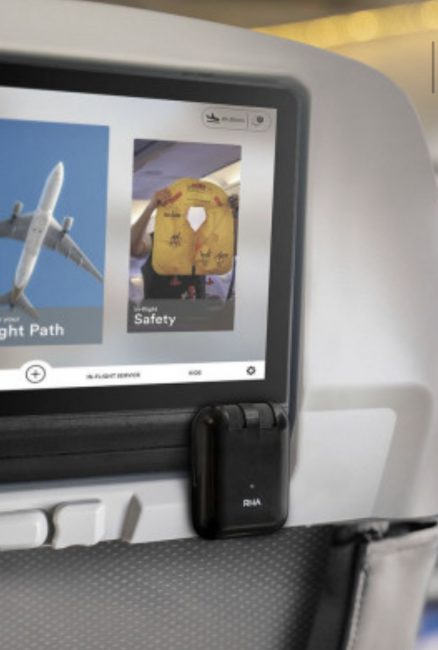 RHA Wireless Flight Adapter is a great idea and, as previously noted, I can’t fully understand why it took so long for someone to think of this. Having one small adapter that can be used with airline entertainment systems and other devices such as gaming and gym equipment is great. Having a Bluetooth adapter that lets you share the audio experience is pretty awesome too. And having up to 16 hours means you can use it on pretty much any flight and not worry about the adapter running down its 330mAh battery.

This is a great idea and, when (if??) RHA eventually releases Bluetooth headphones with Active Noise Cancellation, I think they would be wise to bundle this with them as a complete travel package. It certainly would help RHA’s offering stand out in a crowded market. 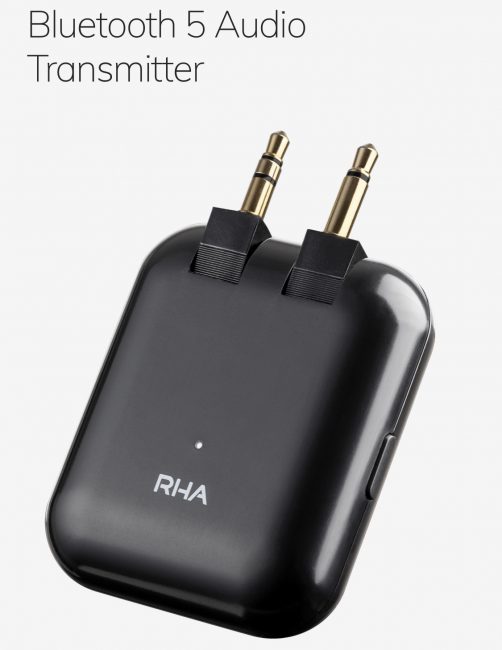 At $49.95 with free shipping, the RHA Wireless Flight Adapter is a great tool to keep in your gear bag. It means you can use your Bluetooth headphones pretty much anywhere at any time. It’s easy to use and just gets the job done. Why wouldn’t you want something like this the next time you fly? Check it out here.

What I Like: Easy to use; Gets great battery life; Let’s you share your audio with two different Bluetooth headsets; Works with one or two-prong inputs; Delivers a high-quality audio stream to compatible devices

What Needs Improvement: This is designed for travel so it should come with a protective bag or case